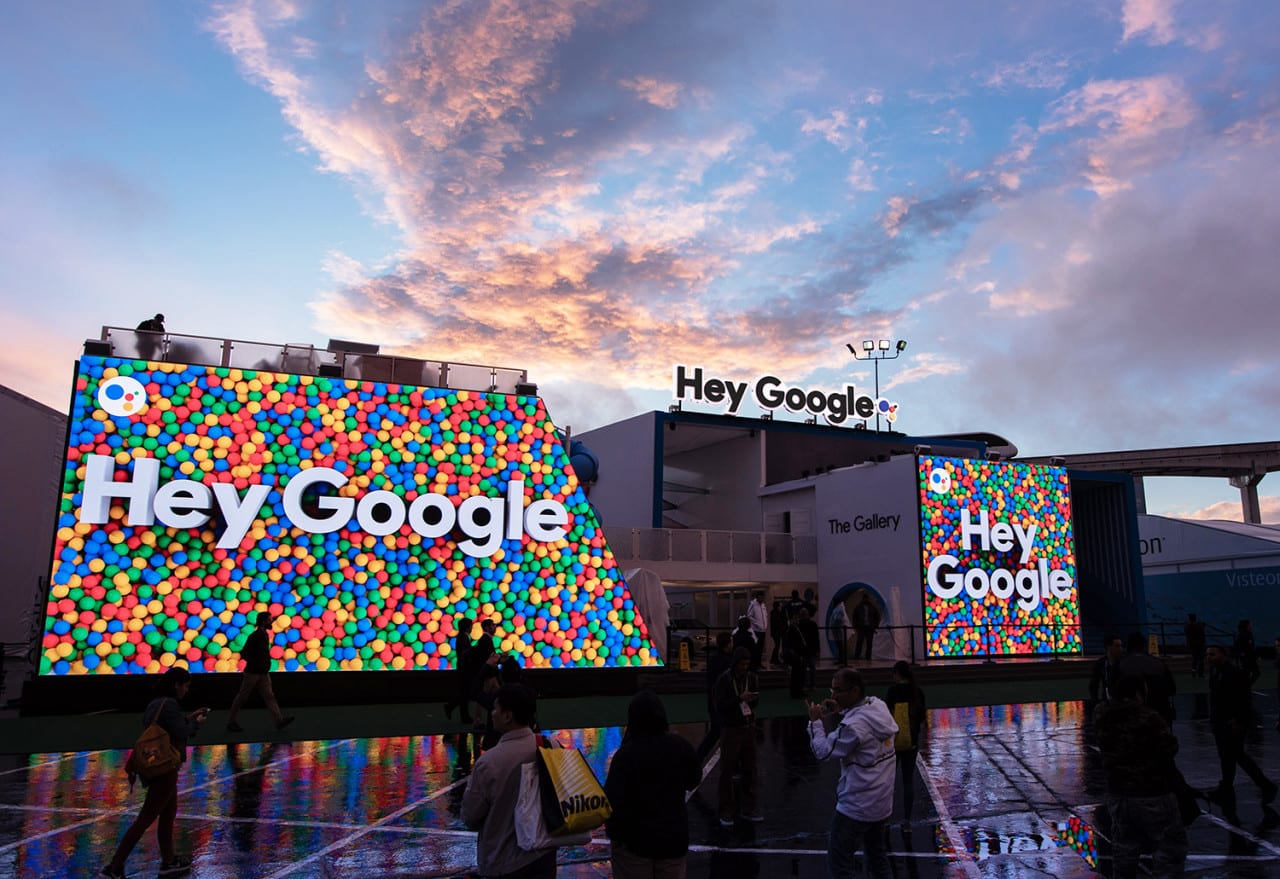 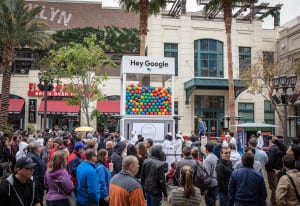 For its first major presence at CES in several years, Google put all its gumballs in one playful basket with a Las Vegas takeover for Google Assistant designed around the product’s call-to-action, “Hey Google.” The program involved a visual takeover with “Hey Google” out-of-home ads in 54 locations, including the airport, at hotels along the Strip and wrapped around (and inside) the monorail cars. But all experiential eyes were on that three-story stand outside the Las Vegas Convention Center (LVCC) dubbed “The Playground,” three larger-than-life interactive gumball machines, as well as hundreds of mini activations in partner exhibits across the show floor.

Of course, the story starts with the weather—rare, torrential rains across the desert that shut down “The Playground” and drenched Google’s debut on the first day of the show. Indeed, the rains were so fierce, water wound up causing an unprecedented temporary blackout inside the convention center.

Leveraging the massive full LED facades of the stand, Google cleverly addressed the crisis with a playful “The rain stole our thunder” message inviting folks to come back the next day. But the apparent lack of contingency planning for such a high-profile activation—and comeback—didn’t fly quietly under the radar. Under clear skies on day two, however, Google shined on.

Sun’s out, fun’s out at #CES2018. Slide on down and say #HeyGoogle at The Google Assistant Playground → https://t.co/omjk7dmkwN pic.twitter.com/hdy7qmAldy

“The Playground” was designed to demonstrate how Google Assistant and the “Hey Google” command work in consumers’ daily lives, an opportunity for the brand to highlight the many thousands of devices and partners it now works with since its debut in 2016. The 60-foot by 100-foot, 6,000-square-foot space in Central Plaza featured open-air and closed-air spaces, and packed in more than 200 partner engagements and 450 partner devices.

On the first level: a gallery showcasing Google Assistant’s partner ecosystem through interactive displays including a Google cityscape diorama, a café with rotating programming like cooking demos by celebrity chefs, a Google Home Mini Donut Shop, Google Assistant juice bar, Google Express delivery pop-up, Android Auto demos and more. On the second floor: a VIP, multi-room Google Assistant Journey with a 360-degree theater, phone booth museum (each curated booth representing a use-case for Google Assistant) and a catwalk wallpapered in examples of “Hey Google” questions and commands. On the third floor: a sun deck with a Starbucks pop-up café, meditation sessions with Headspace, happy hours and a 21-foot, custom-built spiral enclosed slide that sent attendees back down onto the main level. The structure’s forward-facing facades were massive LED screens that featured partner and programming content and attendee selfies taken with Google Pixel 2. 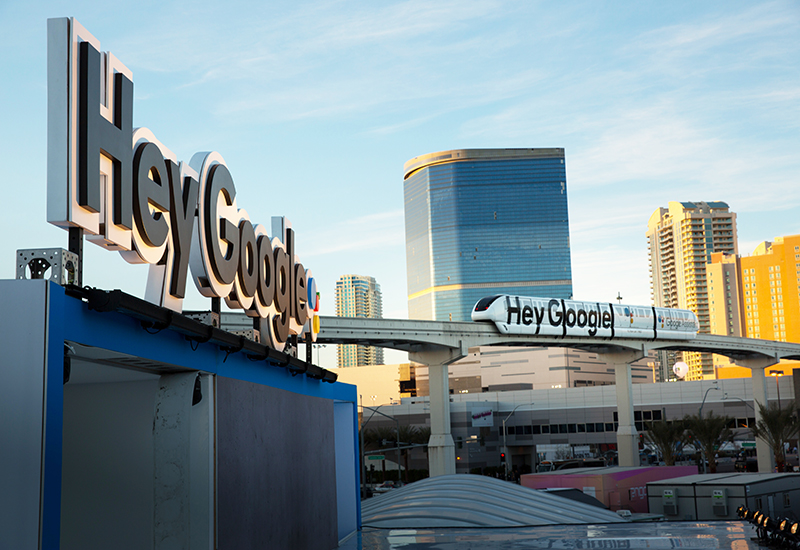 The program involved a visual takeover with “Hey Google” ads, including those wrapped around (and inside) monorail cars.

Turning to those gumball machines. Three 20-foot-tall interactive Google Assistant gumball machines were placed throughout Vegas—one at The Linq Promenade, one inside the Sands Convention Center and one outside the main entrance of the LVCC. Attendees interacted with the machine, using the “Hey Google” phrase and asking a question, and then received a giant, vended gumball capsule that opened to reveal prizes ranging from Google-branded gear to gift cards from partners (like Uber, OpenTable and Ticketmaster) to bigger items like Google Home Minis, Sprocket printers and Nest thermostats. Each gumball machine structure accommodated 1,000 Google-colored orbs. The average wait time each day the activations were open: 75 minutes.

Supporting the entire program were 100 agency partner employees, 171 brand ambassadors, 250 crewpersons and 24 trailers. “The Playground” stand took 21 days to install, 36 hours to dismantle, and came together with 1.5 miles of electrical cable, 70,000 pounds of steel and 800,000 pounds of temporary concrete slab.

Stake in the ground? Google certainly worked hard to claim it.

• CES 2018: How Honda Demonstrated the Softer Side of Robots
• CES 2018: Amazon Stocks an Airstream With Partners and Smart Home Use Cases
• CES 2018: Kodak’s ‘Downtown’ Exhibit Design Helps Organize its Diverse Offerings
2 ARTICLES LEFT!
Subscribe Today and Get Unlimited Use of the World’s Largest Content Resource on Experiential Marketing