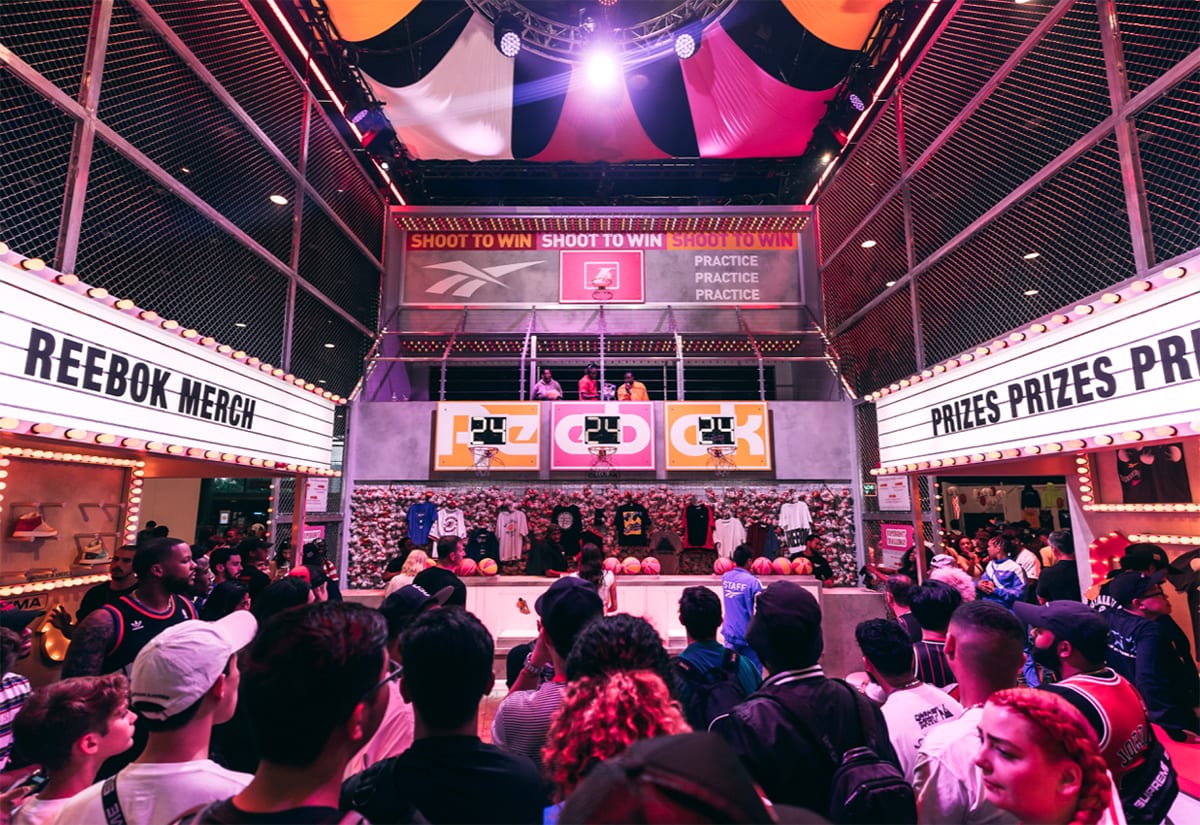 Reebok Scores Dwell-time at ComplexCon with a Carnival-Inspired Booth 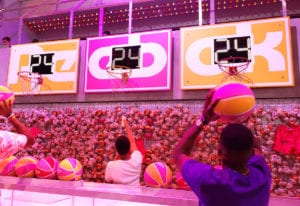 ComplexCon Long Beach is about hype, but for its booth at the inaugural ComplexCon Chicago, July 20-21 at McCormick Place, Reebok wanted to do more than create a momentary engagement. Aiming for maximum dwell-time, Reebok nixed the “drops” and activated a 23-foot-tall SuperShot Challenge basketball game (like Pop-A-Shot) designed to engage its 18-25 target in the brand’s return to retro basketball. The event marked Reebok’s second year activating at a ComplexCon event.

As consumers entered the footprint, there were carnival counters on either side with marquee signage above that displayed exclusive Reebok footwear on one side of the booth and on the other, apparel offerings to purchase on-site. Reebok showcased its revived, on-court silhouettes from the ’90s in addition to other ComplexCon-only fashion pieces, chosen in collaboration with streetwear designer Eric Emanuel, basketball legend Allen Iverson and vintage curator Josh Matthews of Comma. At the center was the SuperShot Challenge, manned by a staffer, that had three hoops with countdown clocks for attendees to shoot for. Consumers could win carnival prizes like stuffed bears, basketballs and other Reebok swag. All participants were then entered for a chance to win a gold chain and diamond pendant designed by Emanuel and Iverson.

“We wanted our booth to be seen from afar, so we actually had a smaller footprint than we did back in Long Beach last year, but it went up twice as high as everyone else’s booths, so when you walked into that convention center hall, Reebok was front and center—that’s what you saw,” says Whitney Parks, senior manager-U.S. integrated marketing at Reebok.

Reebok’s booth drew in more than 3,000 visitors, with 72 percent of them participating in the SuperShot Challenge. Reebok leveraged beacon technology to track overall engagement within the booth, and compared the results to the beacon data from ComplexCon Long Beach last year. The brand recorded an average dwell time of 12 minutes in its Chicago booth, up from an average of four minutes recorded in Long Beach. Some 50 fans waited in line at all times to play the SuperShot Challenge.

“A key learning for us from Long Beach was, how do you create a draw into your space beyond the product, so for us, it was really about the full ecosystem of what we created from the materials to the lighting to the music that was playing, and then layered onto that was the basketball activation and the prizes,” says Colleen Cosgrove, director-global events at Reebok. “Consumers wanted to dwell in the booth and hang out, and people sharing socially during the shot game created the buzz and hype we were looking for.” Agencies: Jack Morton Worldwide; New York Sunshine.

INSIDE THE REEBOK BOOTH AT COMPLEXCON CHICAGO: