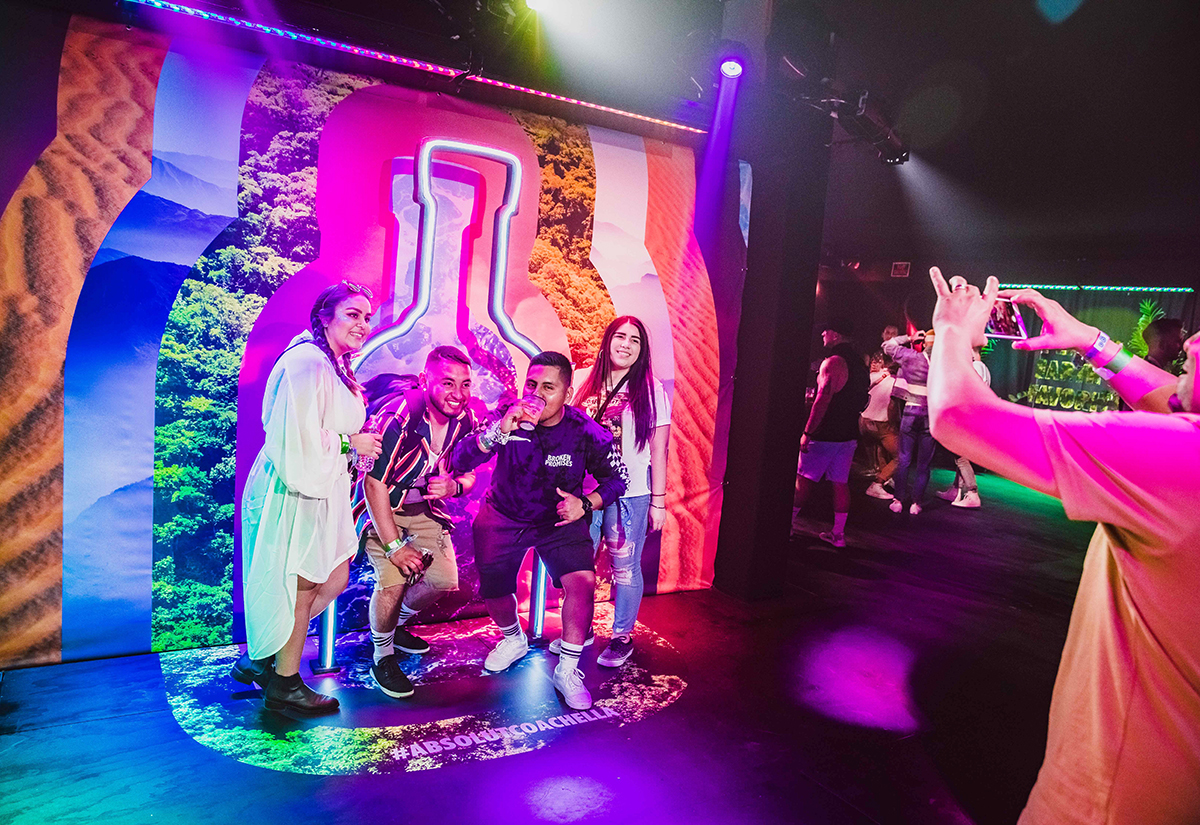 Absolut Creates a Sustainable Footprint at Coachella for ‘People, Planet and Product’

Absolut vodka created an oasis for “people, planet and product” at its experiential activation at Coachella, offering festivalgoers dancing, drinks and air conditioning, as well subtle cues alluding to its new Planet Earth’s Favorite Vodka campaign, which officially kicked off on Earth Day, Monday, April 22. Its Coachella experience was the first iteration of the program.

“It’s an opportunity to bring our brand story to life in a place where our consumers are already,” says Kim Haney, senior manager-experiential at Absolut. “Absolut has longstanding ties to and passion for sustainability. We’re a CO2 neutral distillery. And it’s a brand that’s always stood for people. We’re one of the first brands to get behind the LGBTQ community.”

On the festival grounds, Absolut’s footprint was located in a beer garden (Coachella relegates spirits and beer consumption to cordoned-off spaces). Consumers entered into the experience through a 20-foot tunnel the brand referred to as the “bottle portal” containing multiple, colorful silhouettes of the brand’s signature vessel. Once inside, they hit the main bar or the dance floor.

Having launched Absolut Grapefruit this past year, the brand focused heavily on that product through the main bar’s setup and décor, which incorporated vibrant, neon pink mixed with greenery, light wood tones and some blue, a nod to the brand’s base and the more natural tones of the Planet Earth’s Favorite Vodka campaign.

The 20-foot by 20-foot LED dance floor, also drenched in neon pink, featured custom video content that displayed imagery and messaging for the campaign. Two other bottle silhouette moments, one highlighting the fruit and flavors of the Absolut Citrus portfolio and the other surrounded by the LGBTQ rainbow, served as additional photo ops. 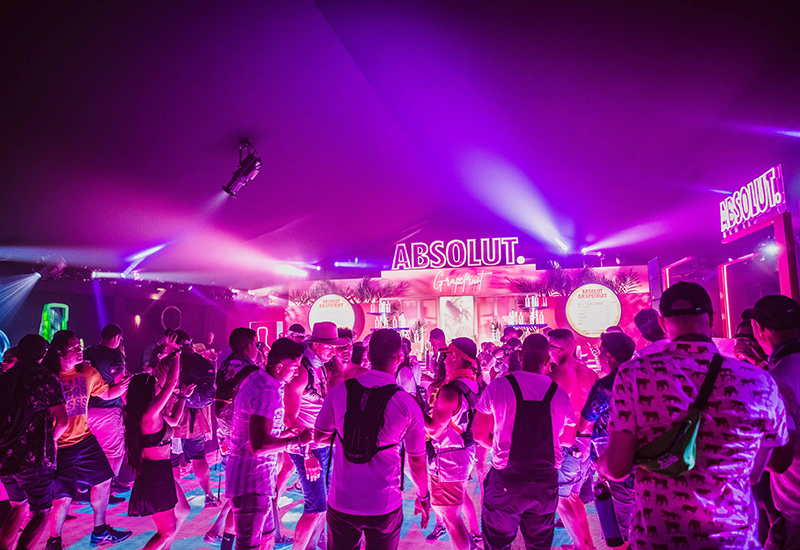 A dj booth, home to an all-female lineup from the Woman Collective from 5 p.m. to 8 p.m. daily, another nod to the “people” component of the campaign, offered touches of greenery and a cactus garden across from it for another sustainability-themed moment.

The brand also took measures to zero-out its carbon footprint, offsetting two weekends of running HVACs and other power sources through purchasing carbon credits. No napkins or straws were used on the premises, and cups were recyclable.

Absolut’s final touchpoint was a “Don’t Be Trashy” wall on the way out of the space, where attendees were called on to be a “Compost Queen” or “Be Classy and Recycle.” Finally, the brand partnered with NGO Global Inheritance on a recycling program in which three local LGBTQ artists transformed trash bins into beautiful works of art that dotted the festival grounds and the Absolut tent over the course of both weekends. Agency: MKG, Los Angeles.