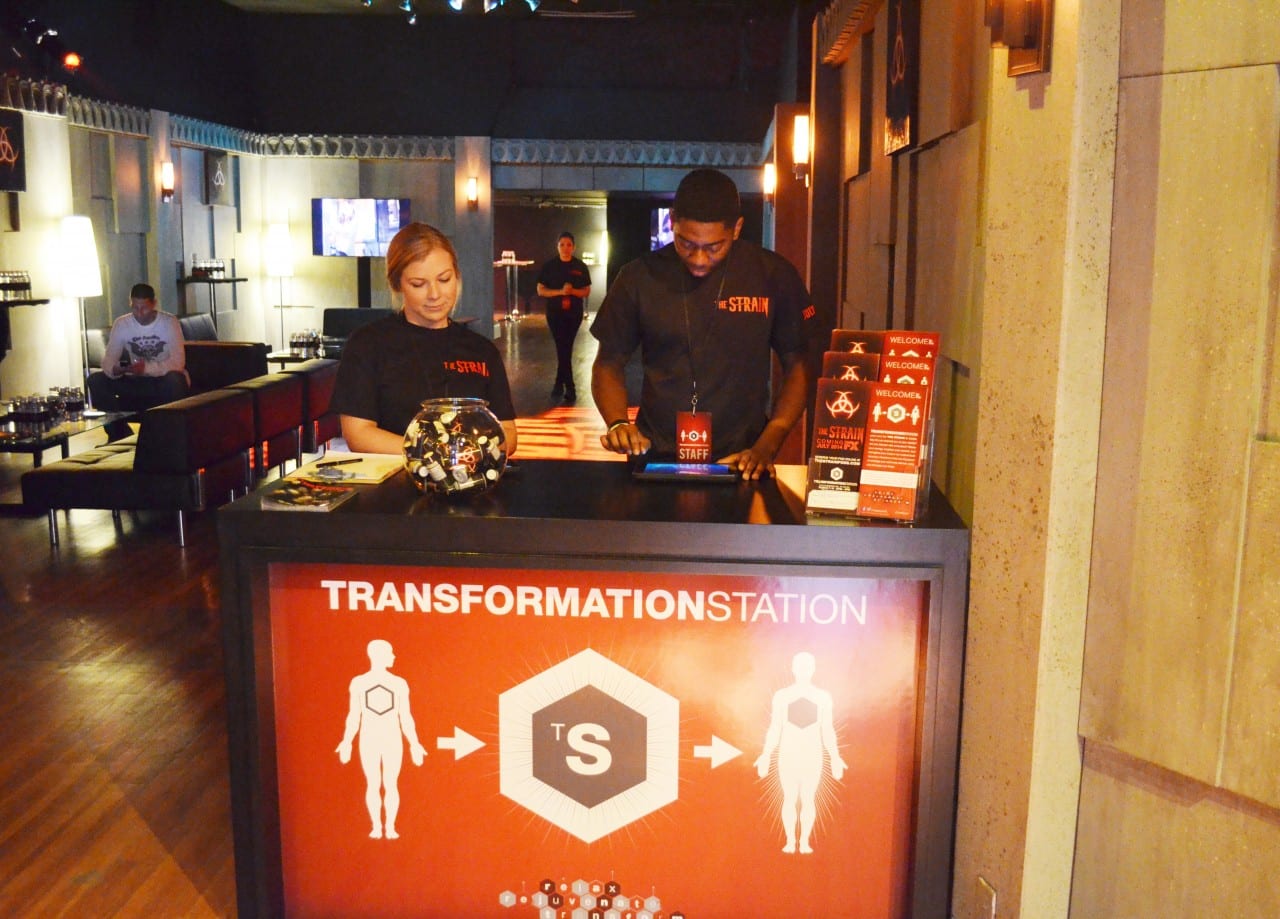 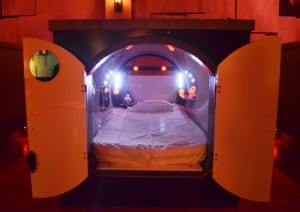 To promote its new series “The Strain,” a thriller based on a book trilogy and comic adaptation about a mysterious viral outbreak, FX activated The Strain Transformation Station at the South by Southwest Film,Music and Interactive Festival. The space, located downtown on Congress Avenue, featured 10 “pods” that festivalgoers could reserve for 20-minute power naps. The station was open March 7 to 10, from noon to 6 p.m.

Each futuristic pod came equipped with a mattress and pillow, and tablet showcasing exclusive content from the series. A host booked appointments on-site, but appointments could also be booked ahead of time through a custom mobile site, thestrainpods.com. Attendees received “The Strain Vaccine” in and around the venue (branded energy shots). In addition, there was a lounge area and charging station, complete with an array of cords to match different devices. Giveaways included “The Strain” novels and special-edition comic books. The pods ended up with a 72-percent occupancy rate.

“We put together something that introduced consumers to ‘The Strain’ but also offered some utility,” says Kenya Hardaway, vp-integrated promotions at FX. “This was our first time at South by Southwest, so it was an ambitious move to offer this type of installation, but even if consumers didn’t have the opportunity to take a nap, they were interested and shared what we did.” Agency: Van Wagner Experiential Marketing Group, New York City.