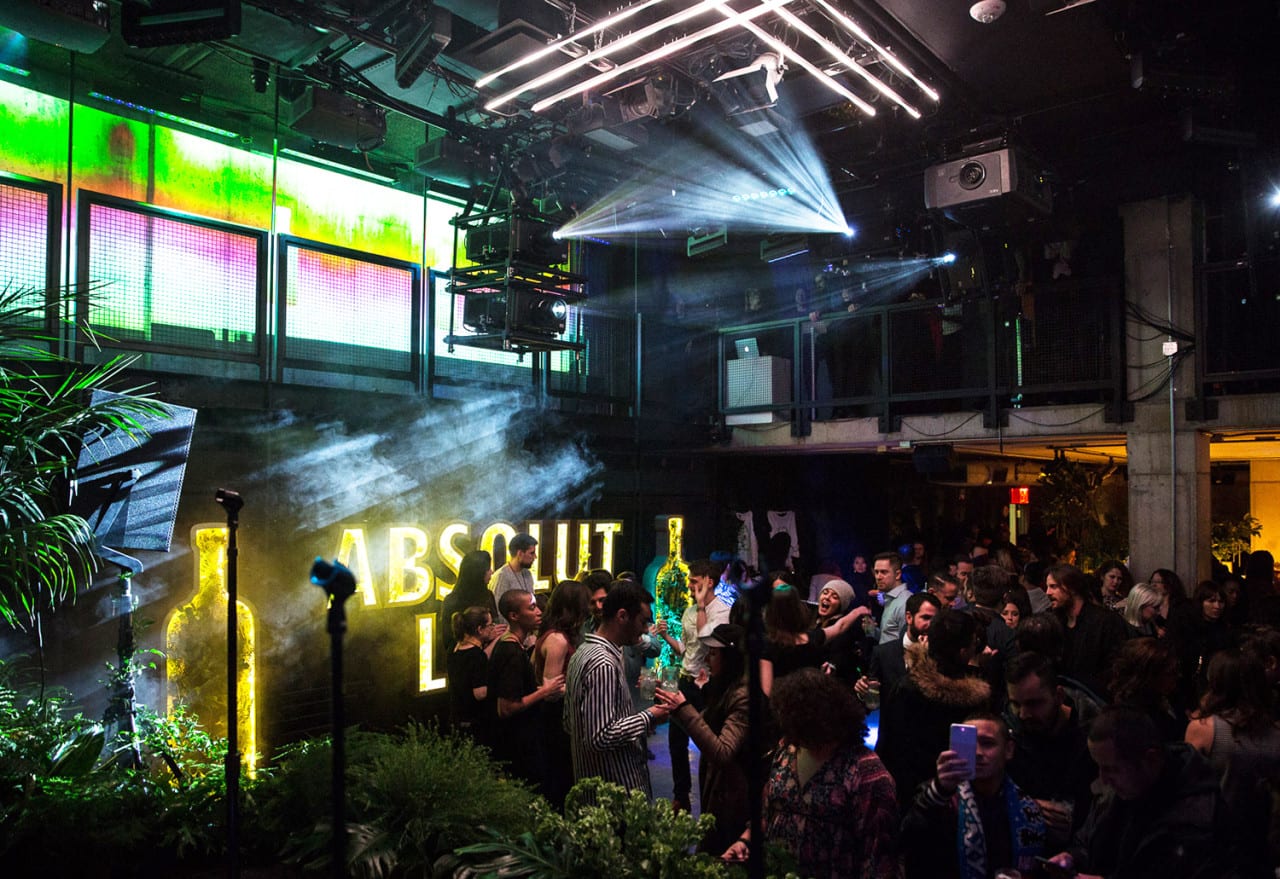 Experience Design: Absolut Creates a Lime-Inspired Oasis Before the Grammys

The 2018 Grammy Awards featured performances by some of the country’s greatest musicians, but Absolut’s pre-Grammy event at an intimate music venue in downtown Manhattan was an experience design showstopper in its own right. To promote its Absolut Lime product and celebrate Open Mic Project campaign, the brand and content partner Spotify on Jan. 25 delivered an edgy live experience at Public Arts featuring lime-inspired installations, a catwalk photo op and a performance by British singer Rita Ora.

Transforming an empty club into a green oasis, Absolut “refreshed” the venue with lime tree-inspired floral arrangements, green lighting, hedge walls and a floating lime installation over the main bar to keep its lime-flavored beverage top of mind. Upon arrival, attendees encountered two photo-worthy entry moments consisting of a 10-foot, neon replica Absolut bottle, and an “infinity bottle” experience that replicated the effect of an infinity mirror.

Inside the venue, attendees sipped on—what else—lime-themed cocktails and viewed projections of Absolut Lime and music-related content. They could also head over to a merchandise distressing station where stylists custom-designed standard Absolut t-shirts by adding holes, knots, rips and cuts to match the attendee’s personal style.

With limited space to build out a large-scale photo engagement, Absolut leveraged Public Arts’ overhead catwalk to offer attendees an immersive photo moment. Hitting the walkway with high-level projections, the brand invited guests to take a few turns, then sent them a GIF-like clip for social sharing.

The pre-Grammy event also served as the culmination of Absolut’s Open Mic Project, which invited consumers to share their stories of acceptance with the hopes of “creating a more open world.” Hundreds submitted their tales to the brand. Stitching the stories together, Ora created a song from the content dubbed “Proud,” which she launched during Grammy Week and performed at the event. To ramp up anticipation of the song’s release, Absolut leveraged a three-part content series developed by Spotify that offered a behind-the-scenes look at Ora’s creative process during the making of “Proud.”

“[The event] was really an opportunity to have consumers live and breathe the brand for that period of time,” says Kim Haney, manager-national event marketing for Pernod Ricard, Absolut’s parent brand. “And we hope that we’ve given them an experience that’s cool enough that they’re going to say, ‘You know what? I’m going to order an Absolut drink at the bar next time.’ So, it’s hoping we change the way they think about the brand.” Agency: MKG, New York City.

Get a Taste of Absolut’s Lime-Inspired Pre-Grammy Event: