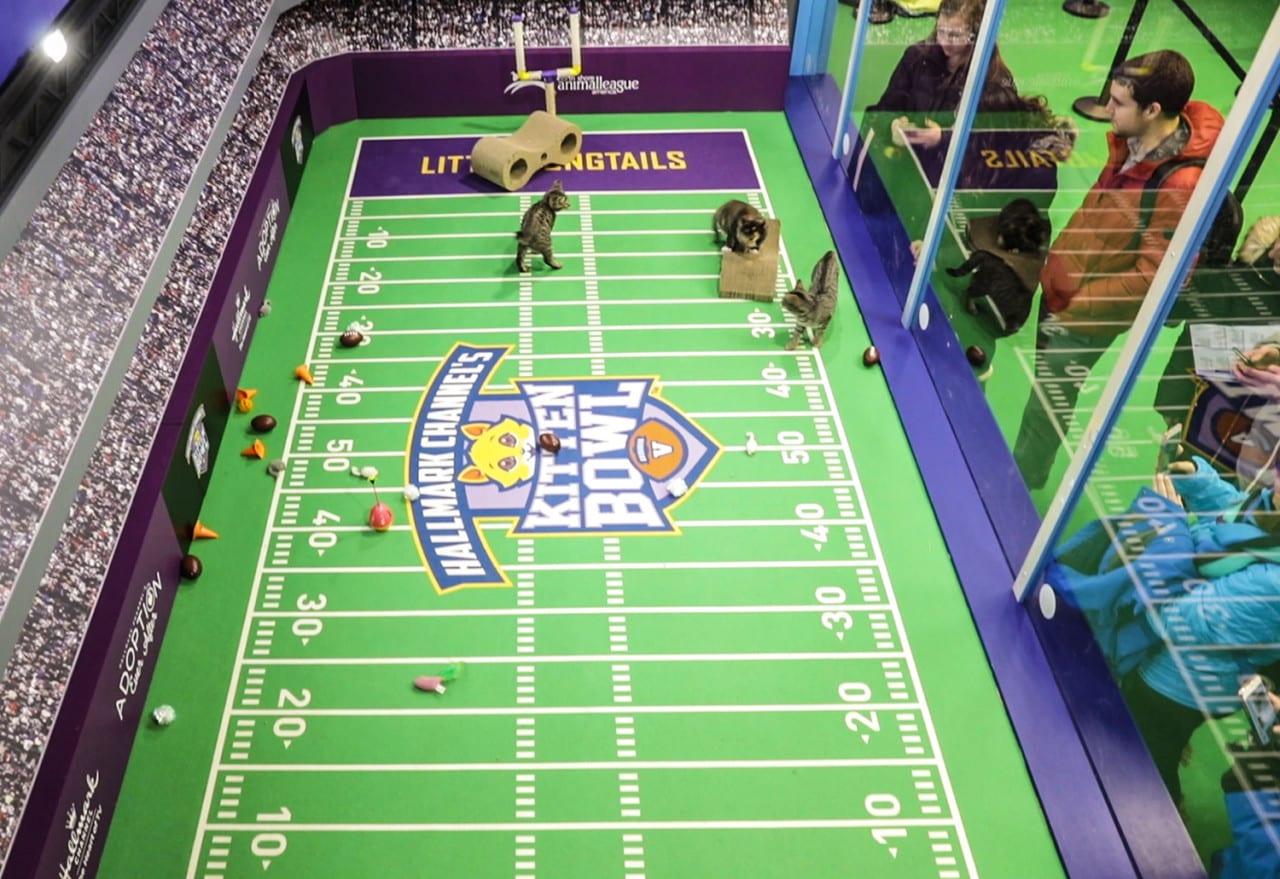 You may think of Hallmark and picture greeting cards, but the “moments” brand wants consumers to know it is so much more than that. For its Super Bowl LII presence, Hallmark, a founding partner of the Minnesota Super Bowl Host Committee, set out to bring to life the brands under its umbrella with multiple experiential activations across Minneapolis.

“Hallmark has been a partner of the NFL since 1994, and we really see sports as a way for people to connect with each other,” says Jaci Twidwell, p.r. and social media director at Hallmark. “We wanted to surprise and delight at Super Bowl. For us, it’s not so much about football, it’s about bringing families together and about events that bind people together, which is where Hallmark will always be.”

The brand’s presence began with Kitten Bowl V presented by Hallmark Channel, which took place live for the first time in a custom “Purrking Lot” stadium located in the Dayton’s building within the downtown footprint of the Super Bowl LIVE festival. Kittens up for adoption through the North Shore Animal League played with a football on a string and with other toys to the delight of fans watching through windows as well as live on tv on the Hallmark Channel. Signage commemorated past Kitten Bowl MVPs (like Tomcat Brady), while fans posed with a four-foot-tall “Hissman Trophy.” Adult cats up for adoption by the league were also on-site for fans to visit. Some 10,000 fans personally experienced the Kitten Bowl, and 117 kittens were rescued because of it.

WATCH: BEHIND THE SCENES OF KITTEN BOWL V

Also in the Super Bowl LIVE footprint, Hallmark activated the Hallmark Touchdown Moments Snow Globe photo op on Nicollet Mall—an inflatable globe that allowed fans to step inside and snap a “touchdown moment” amid falling snow graphics. There, Hallmark promoted a social media campaign centered on touchdown moments, like the loss of a first tooth, going to the Super Bowl for the first time, or getting married, and encouraged consumers to share those photos via Instagram, Facebook, Twitter and on Hallmark’s website with #TouchdownMomentContest for the chance to win a $500 Visa gift card to use toward celebrating a touchdown moment at a family gathering. 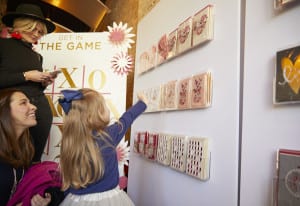 Hallmark has owned Crayola since 1984, so to draw a colorful connection to that brand, Hallmark leveraged the Crayola Experience at Mall of America in Minneapolis, hosting football-themed activations, meet-and-greets and photo ops with Crayola characters. An estimated 1 million people were expected to visit the Mall of America during Super Bowl week, making it a key activation ground for Hallmark by leveraging Crayola to engage with consumers, according to Twidwell.

Hallmark also offered Super Bowl-themed experiences in its Hallmark Gold Crown Store within the Mall of America, near the Fan Gallery & Radio Row, as part of the host committee’s activities there. The front of the store was decked out in football themes and promos driving consumers to the brand’s other activations across the city. The store also featured a Tom Brady keepsake ornament for sale. “In addition, there are 30 Gold Crown stores within a 40-mile radius of the stadium, so this was another lever we could pull to help drive traffic to the Kitten Bowl, pop-up and snow globe,” Twidwell says.

Of course, the Super Bowl always takes place right before Valentine’s Day, a key holiday for Hallmark and the Hallmark Gold Crown stores, so, naturally, the brand activated a three-day Valentine’s Day Pop-Up Shop at agency partner Periscope’s headquarters near U.S. Bank Stadium. The space featured greeting card stations, complimentary beverages from Minneapolis-based Missfit Coffee, and a warming lounge. Some 800 Valentine’s Day cards were mailed from the pop-up. NFL stars, like former player Rashad Jennings, an ABC’s “Dancing with the Stars” champion, and Minnesota Vikings tight end Kyle Rudolph, were on-hand for meet-and-greets and to share content from the space, along with 12 local Minnesota influencers who made appearances and amplified the experience, as well.