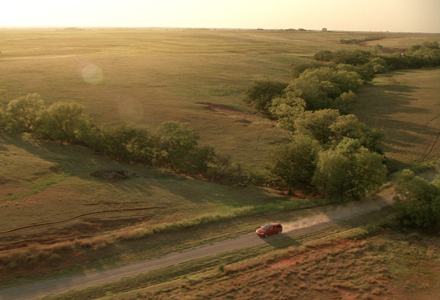 Dodge just concluded a month-long national campaign to increase awareness of its Journey crossover vehicle, which debuted in 2008, but never gained broad national market penetration. To change that, the brand launched a digital offensive on Sept. 8 across Facebook, Twitter, a brand microsite and YouTube, challenging consumers to get away from the computer and hit the road to find “the first search engine for the real world,” a.k.a. the Dodge Journey.

Dodge hid three vehicles, one in each of three geographic areas (west, central and east), and then started doling out clues on its YouTube channel, each clue hidden in an understated ad-style video. The video clues pointed the way to real world clues, hidden all over each market. The contest progressed east in three stages. Once the vehicle was found, the next contest could begin. The real secret was, the competitors couldn’t just solve the clues and know where the vehicle was hidden, they had to race to get there first and claim the prize in person. The idea, though mostly promoted via viral buzz, caught on in a big way. In the first week alone, the YouTube channel had more than five million views and each of them spent an average of 25 minutes on the page. Not that all the action was online. For the East Coast leg alone, which ended Sunday Sept 25, there were more than 200 consumers out on the roads, solving clues and searching for the prize, which was hidden near Port Clyde, Maine.
“We’ve been talking about what to do with the Journey since it came out, and we realized awareness was very low,” Jason Russ, head of Dodge advertising, told Buzz. “So we needed to do something big and creative, more than just a TV ad. We feel it was a success.” Agency: Wieden+Kennedy, Portland, OR.
4 ARTICLES LEFT!
Subscribe Today and Get Unlimited Use of the World’s Largest Content Resource on Experiential Marketing