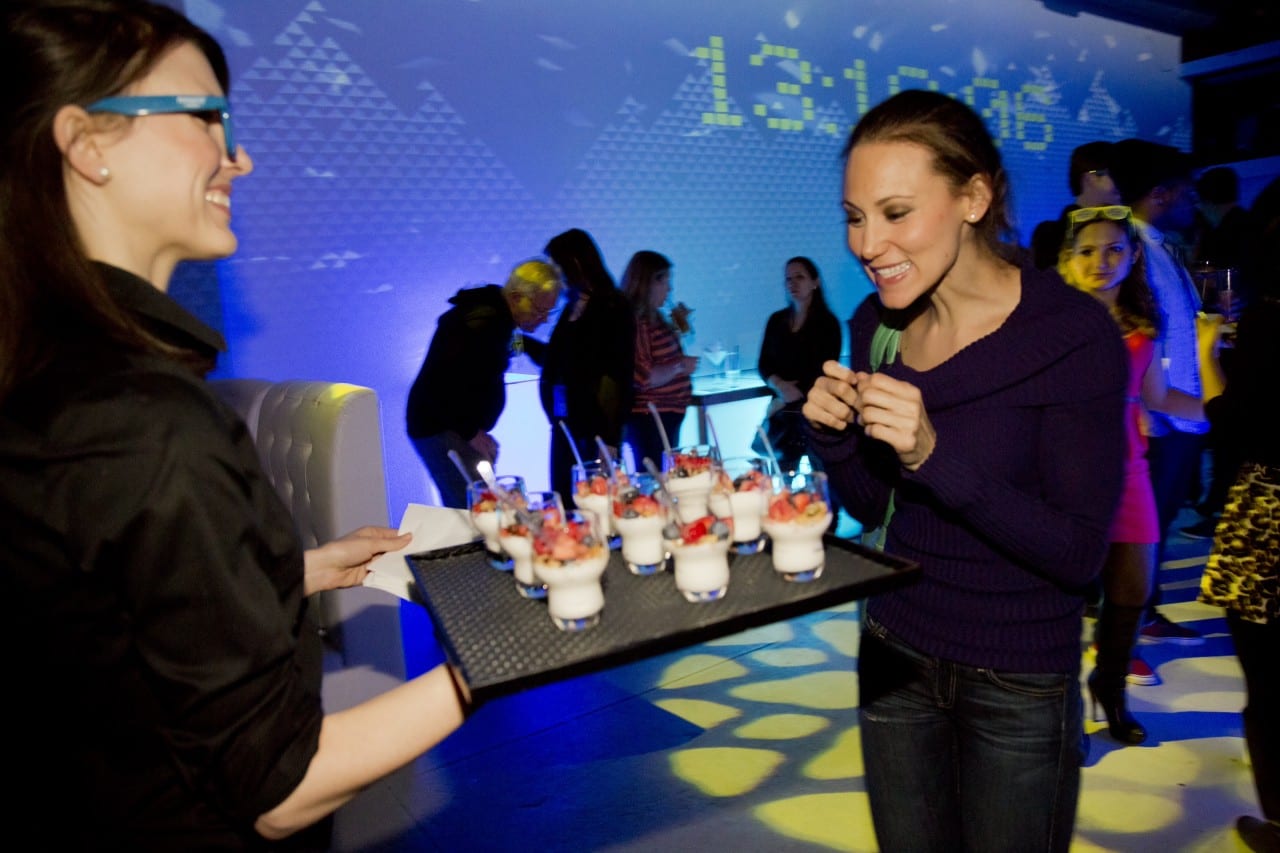 More than 400 influencers, including consumers, distributors, trade and media, attended a 24-hour brunch bash at Lightbox in New York City to celebrate Pinnacle Vodka’s new Cinnabon-flavored vodka. But perhaps even more impressive than the cocktails from Pinnacle, which also offers Caramel Apple, Peachberry Cobbler, Pecan Pie and other fun flavors, is the more than 1.5 million social media impressions achieved during that 24-hour period.

The Pinnacle Cinnabon Vodka 24-Hour Ultimate Brunch Bash kicked off at noon and ran through noon the following day as a series of five four-hour mini-parties that had a lounge vibe with mini sofa areas and a dance space. DJs spun tunes ranging from mainstream pop to house music as animations and graphics appeared on surrounding projection walls. Attendees munched on yogurt parfaits and breakfast empanadas and could make their own omelets and French toast. They could also have their picture taken in a branded photo booth where occasional gusts of air took them by surprise and added laughter to the photos.

“We thought it was a particularly good time to do something a little different to celebrate not only this flavor, but Pinnacle Vodka as a brand,” Mallika Monteiro, senior brand manager for vodka at Beam Inc., told Buzz. “Pinnacle is fun, unexpected and, while a premium spirit, we don’t take ourselves too seriously. This party was a perfect vehicle for that story.” Agencies: The Michael Alan Group, New York City; Finn Partners, New York City (p.r.)