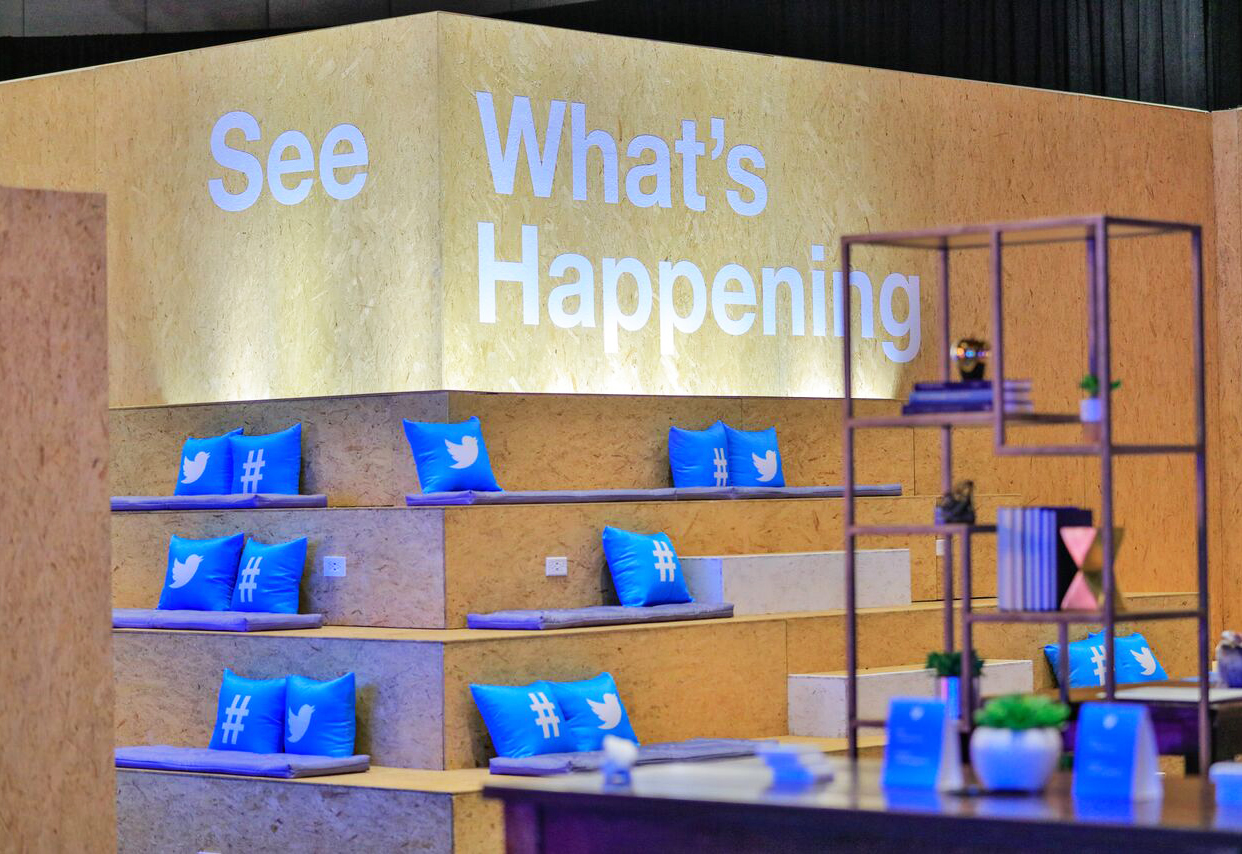 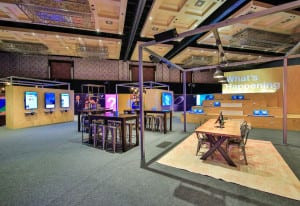 Twitter Commons served as an oasis away from the busy show floor.

For many companies, CES is strictly a forum for a technological show and tell. But for others, the world’s largest trade show is an opportunity to demonstrate who their brand is and where it’s headed. At this year’s event, held Jan. 5-8 in Las Vegas, Twitter took the latter approach—and ran with it.

Amid the chaos of exhibitors vying for attendees’ attention with flashy presentations and high-octane demos, Twitter offered a space off the beaten path that not only served as a respite from the busy show floor for its advertising partners, but clearly defined what the brand stood for in a way the 11-year-old company had never done before.

Dubbed “Twitter Commons,” the brand’s 18,000-square-foot open format meeting space was quiet and relaxed, but its colorful, larger-than-life super graphics highlighting some of 2016’s biggest events told a bold coming of age story. Originally categorized as a social platform, Twitter’s evolution recently prompted the brand to define exactly what it has become—a news-focused editorial platform that illustrates “what’s happening now” around the world—and its space at CES helped broadcast its new branding for all of its partners to see.

“With all the amazing new brand campaign elements, especially with the crystallization that we are a platform for what’s happening, we wanted to make the space part of what’s happening,” says Helen J. Stoddard, head of global events at Twitter. “But we also wanted to create a comfy space where everybody can have their own meetings, exchanges and dialogues and feel comfortable, engaged and excited about what they were talking about, and then ultimately have that translate into them being excited about the product and the brand. And I think we did that.”

In addition to cozy meeting rooms sprinkled throughout the space, Twitter Commons featured stylish yet low-key vignettes that included Periscope 360 demos, Twitter Live broadcasts on Apple TV and a full studio set that hosted 20 interviews in three days with a variety of guests. An eco-friendly café featuring warm natural wood elements, a swag wall offering Rubik’s Cubes, emoji pins, cocktail kits and other giveaways, and a secret members-only meeting area designed to feel like a sunken living room for VIPs were also part of the experience.

“With shows like this, it can be so stark and sterile and all about white and clean and a bit disconnected,” says Stoddard. “Just having that moment where you walk in and immediately relax and take a breath because you feel comfortable—that’s a win for us.”

Now equipped with a new identity and a clear focus, Twitter aims to leverage future events to maintain its forward momentum by not only continuing to engage with its users and partners, but showcasing its latest product offerings.

“We just want to go bigger, deeper, brighter,” says Stoddard. “When you own a brand with attributes that are all about being bold and electric, the best way to do that is to continue to push and engage. We’re always going to anchor ourselves in that humanity and that human scale. But just adding energy to that, we have such great products that naturally bring a fantastic engagement point as they continue to evolve and roll out. So for us, it’s about great things moving forward. It’s a really exciting time.” Agency: NA Collective, New York City.