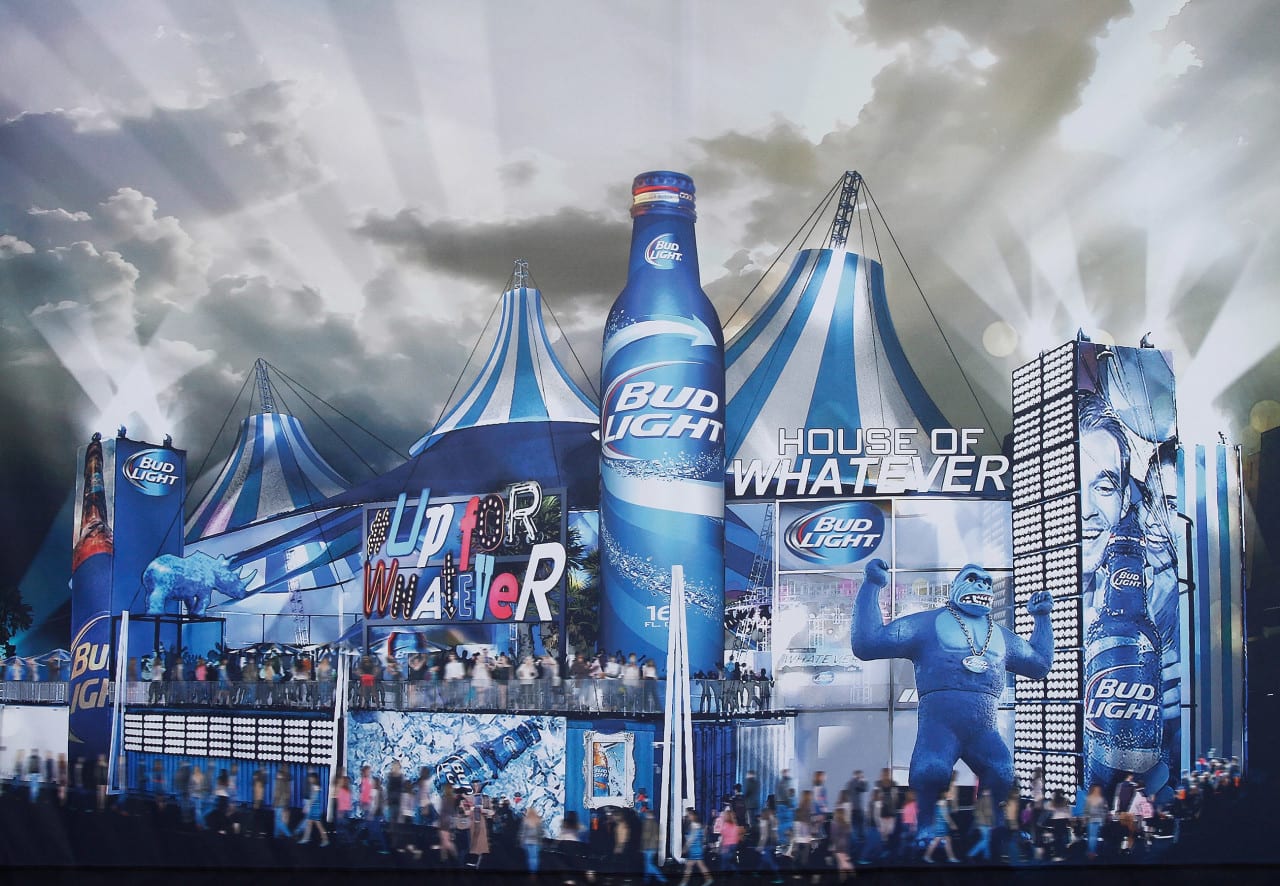 Four months after its Whatever, USA takeover of Crested Butte, CO, Anheuser-Busch’s Bud Light is rolling out another epic brand fan adventure at Super Bowl XLIX with House of Whatever. The venue will host A-list performers, including dj Steve Aoki, epic parties and constant once-in-a-lifetime activities over three days during Super Bowl week in Phoenix this month. The whole docket of activations hasn’t been announced yet, but if the brand’s reputation is to be trusted, House of Whatever will be an experience to remember.

House of Whatever is another evolution of Bud Light’s “Perfect Beer for Whatever Happens” campaign, which the brand began at last year’s Super Bowl with the “Epic Night” ad starring Arnold Schwarzenegger and Don Cheadle. The effort continued last summer with Whatever, USA, Sept. 5-7.

“We know it’s a platform that really resonates with millennials, and Bud Light House of Whatever not only continues that momentum, but kicks it up a notch or two,” says Alexander Lambrecht, vp at Bud Light. “Our goal is to make Bud Light House of Whatever more than the sum of its parts. By that we mean that while we’re intent on creating an amazing experience for everyone who gets to attend the event, we also want to create digital and video content that’s interesting and intriguing for people even if they aren’t in Phoenix.” Agency: Weber-Shandwick, New York City.