Why the Detroit Auto Show is Moving to June – Event Marketer 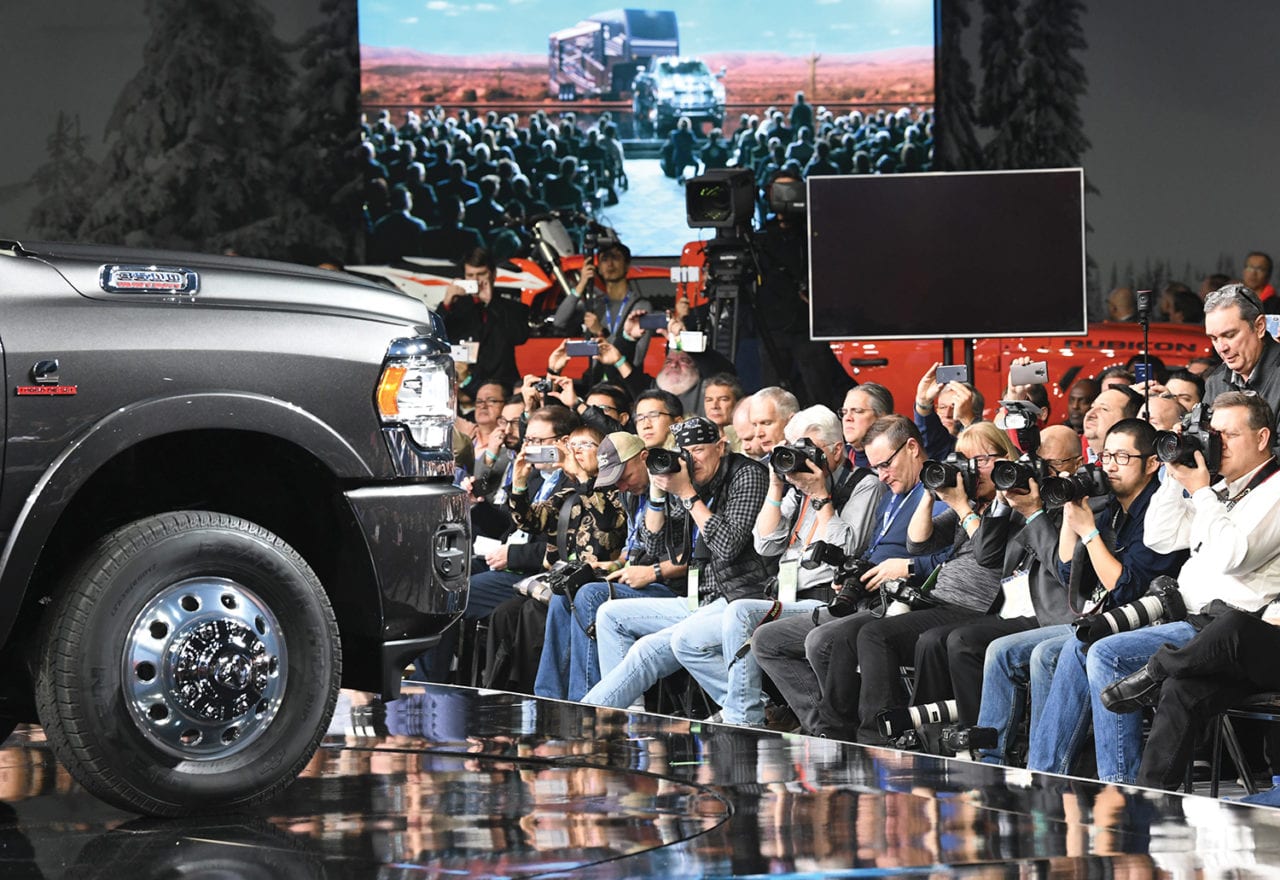 Why the Detroit Auto Show is Moving to June

As the Detroit Auto Show wrapped its 30-year run as the first automotive show of the calendar year in January, all eyes were on its big move to June 2020. The North American International Auto Show, which is owned by the Detroit Auto Dealers Association, will take over the area surrounding Detroit’s Cobo Center next summer, opening up the event for more outdoor activations and a festival atmosphere, in addition to its traditional indoor exhibits.

Many signs pointed to the need for change. For its final year in the month of January, the show saw three German automotive brands pull out. The show also reportedly hosted far fewer reveals—once an auto show staple—than typically take place. The changes inspired more than a few members of the press—and those in experiential marketing—to wonder about the future of the autos shows, and whether the automotive brands are as reliant on them and the auto show calendar as they once were.

We spoke with three Motor City experts who say that consumers and the automotive brands still need the shows. They just want to leverage and experience the shows in fresh ways.

DEATH OF THE REVEALS

Auto shows have always been about two audiences: the press and the consumers. But, in the future, they may lean heavier toward consumers over press. Thanks to digital and live-streaming, reveals can be broadcasted to a much larger media audience, and from a stand-alone event.

“There are so many different forms of media now and so many different ways you can talk to the media. The auto show environment was getting very crowded and a lot of us were doing what you could call stand-alone events outside the auto show. Our strategy going forward in that space is to use a combination of those things,” says Garett Carr, global auto show and events manager at Ford. “What we don’t want to do is force a product launch cadence into an auto show calendar. Depending on the product, a 15-minute press conference slot at an auto show may not be enough time to tell the complete story.”

Two years ago, Dodge launched its Demon vehicle at the New York International Auto Show—not within the convention center, but along the Hudson River where press was invited, rapper Wiz Khalifa made an appearance and all looked on as the vehicle burned rubber on the pier and took off, braking in dramatic fashion before it reached the water in a spectacular stunt. The event was broadcasted live online and simultaneously on a billboard in Times Square in Manhattan, so that hundreds of thousands of people could tune in worldwide.

“It allowed the client to demonstrate the power of that brand and it created an experience that was shareable,” says Craig Erlich, executive vp-client success at George P. Johnson. “That’s easy to do when you control 100 percent of the environment. It’s not that it can’t be done on-site, it’s just not as easy.” On the auto shows, he says, “For us, it’s not necessarily an either/or as much as it is an ‘and.’” 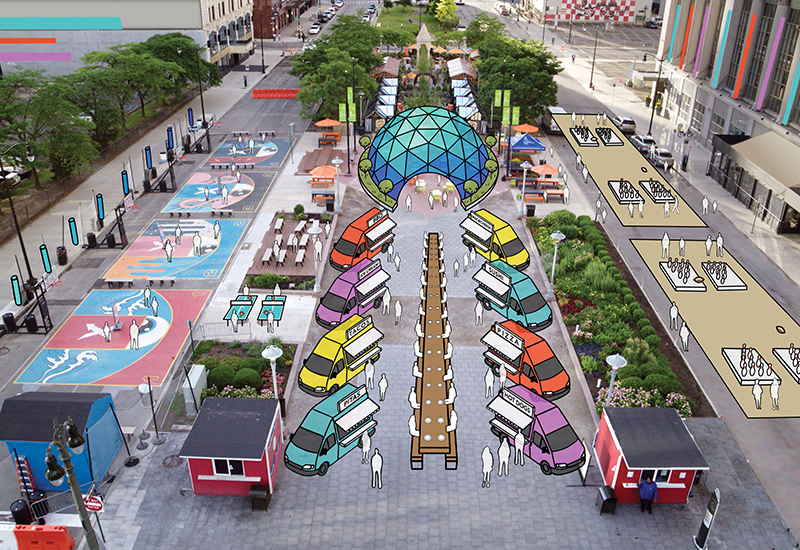 Car talk used to center on engine power and design, and those aspects are certainly still relevant. But today’s vehicles, with their technologies, their innovations, how they fit into the larger, smarter world, have bigger stories to tell. Aligning with a lifestyle event or a synergistic show like CES in Las Vegas helps reach different audiences and provides new angles for engagement. Automakers may find that there are different types of press audiences and consumers that they want to get their automotive stories in front of.

Take the AirVenture Show in Oshkosh, WI, a show for aviation enthusiasts that Ford activates at each summer. While all eyes are on the air, there exists some synergy among target audiences and the chance for an automotive brand like Ford to bring extra attention to the ground. Then there is the Festival of Speed in Sussex, England, that is a “celebration of motorsport and car culture” and the “ultimate summer garden party,” that is held on a spacious park property. It has become the “de facto” British auto show.

“The idea that it’s more about an experience and less about cars on carpet is definitely something that we’re embracing and as our vehicles get smarter, being able to tell those smart vehicle stories is a lot easier when you have an experience to wrap it around versus trying to present a vehicle sitting on an auto show floor with a podium next to a stand and a product specialist who can talk about it,” Carr says.

Automotive brands in some cases are releasing vehicles directly to consumers. Ford in 2018 debuted its new Ranger Raptor at Gamescom in Germany, a first-ever tactic for the industry. The vehicle later made its debut in the video game Forza Horizon 4, and 4D gaming pods helped bring that vehicle to life, in-game, at the convention. BMW in 2018 teased its new M5 model within the game Need for Speed Payback over the summer. The brand further promoted the new vehicle at events that summer, including an esports competition, before introducing it to the automotive press at the International Motor Show Germany in Frankfurt that September.

“There are examples of events for automotive enthusiasts and other types of festivals that have grown enormously over the last decade because they have integrated more of an experience with the automobile and we really applaud the Detroit show for taking the risk and making the move that is not only going to be good for the show and for the brands, but also good for the city of Detroit,” Erlich says. 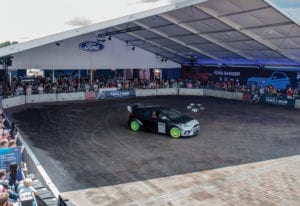 Automotive brands are drawn to consumer-centric events like festivals, where they can tell in-depth stories about their vehicles.

Erlich’s clients have found success at the auto shows in opportunities to ride inside the vehicle, like the long-running Camp Jeep activation that goes to many of the auto shows and takes consumers around an obstacle course with hillclimbs and uneven terrain to demonstrate the capabilities of the vehicle. More clients are planning to leverage this “ride” approach for their experiences at future shows, he says.

And it’s those sorts of experiences the Detroit Auto Dealers Association is looking to accommodate outside Cobo Center next year in June, a move that has been in the making for nearly five years. The show will encompass 14 acres outside the center and along the waterfront. The show will have entertainment stages, a promenade, space for ride-and-drives, autonomous vehicle demos or hillclimbs. There may be 20 different locations outdoors that a brand could leverage. Indoors, subject areas of heightened interest, like auto-mobility, will have more high-profile positions.

“Our ultimate hope is that by providing the automakers both indoor and outdoor spaces and providing them the opportunity to have both moving and static displays in both areas, that it gives them the chance to show off some of their most innovative technologies and do it for a lower cost,” says Doug North, chairman of the Detroit Auto Dealers Association. “We’re going to provide them a much better platform and a better value proposition, so they can certainly justify the return on their investment and, maybe even more importantly, we’re providing the consumers with a far better environment to see and experience cars.”

The move does more than improve the weather outlook. The North American International Auto Show will be able to accommodate a shorter move-in schedule, which will benefit exhibitors and be less costly than the current seven- to nine-week load-in time. The move will also align the show with a series of events taking place in Detroit that part of the year, including the Chevrolet Detroit Grand Prix, which takes place the week prior, and the Ford Fireworks on the Detroit River, which takes place the week after.

“Great things have been happening in downtown Detroit, kind of our renaissance, and I don’t want to say we’re lighting the fire for the city, but we providing another spark and it being an automotive-related time of year, the possibilities are really endless,” North says. Buckle up.