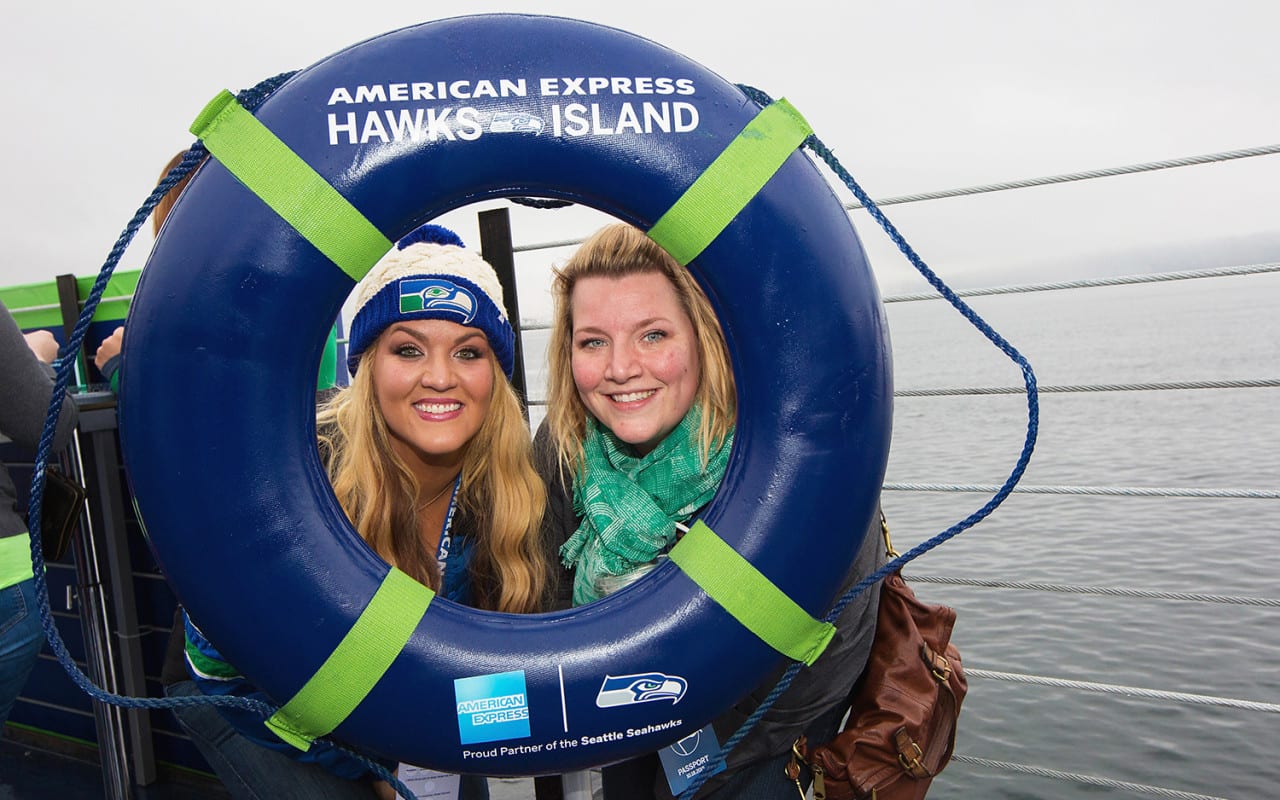 American Express on Oct. 18 provided Seattle Seahawks fans with their very own tailgating oasis in the form of Hawks Island—a first-of-its-kind pregame experience held on a 200-foot barge in the Puget Sound. Free to cardmembers over the age of 21, the event offered complimentary food and beverages and live entertainment from 9 a.m. to 1 p.m. in anticipation of the Seahawks-Carolina Panthers game.

With no true gathering place to tailgate before games, Hawks Island provided fans with a pregame location that offered a unique way to get hyped for the main event. The activation was part of a multi-year partnership forged in September between American Express and the Seahawks, with a focus on the team’s core fan base, known as the 12s, and serves as the brand’s first NFL sponsorship of this scale.

“We’re always looking for those sweet spots and how we can fill great service roles for the fans,” says Deb Curtis, vp-entertainment marketing and sponsorships at American Express.

In an effort to make the experience authentic to Seattle, American Express offered food and beverages from popular local eateries Salty’s, El Gaucho, Barrio and Osteria La Spiga. Other perks included a meet and greet with former Seahawks running back Shaun Alexander; an appearance by MMA fighter and Washington native, Miesha Tate; a surprise musical performance by alt-rock band Everclear; complimentary shuttle service to the game and plenty of rounds of the popular lawn game, Cornhole.

“We’ve never created an island before so we’re always looking to do that never-been-done-before, something that feels like a first,” says Curtis. “For us, to create something on the water that kind of plays off of the landscape of Seattle, that looks onto CenturyLink field… that’s a dream for us. We keep challenging ourselves to do things that brands or even properties have never done before and deliver that magic to our cardmembers.” Agency: Momentum Worldwide, New York City.

• How Amex is Scoring with a NFL Sponsorship