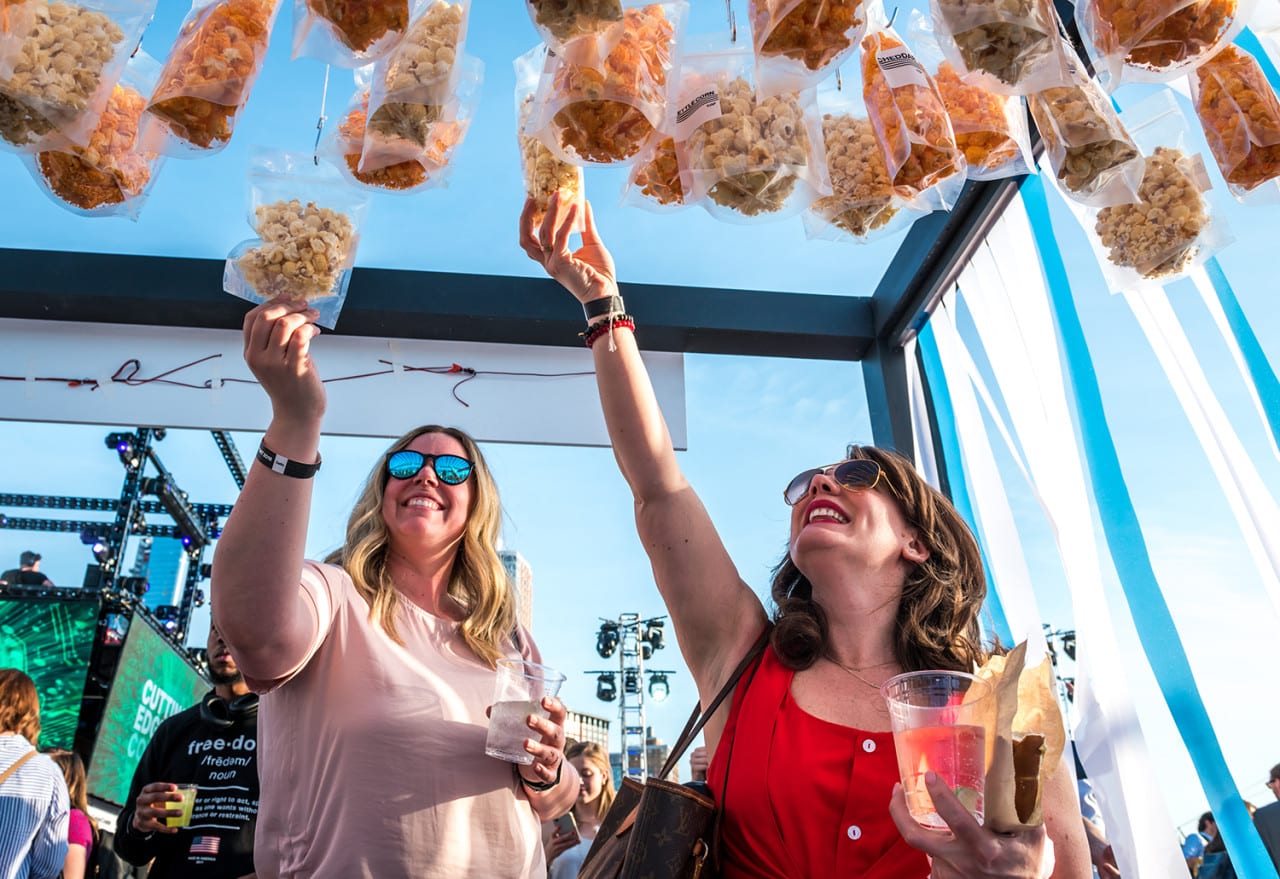 Let’s face it: upfront and newfront events can be pretty stodgy affairs. Advertisers, media buyers and business partners typically congregate in a theater for an hour or two to digest formal presentations and executive speeches, with perhaps a performance or two and a reception post-event. But for Oath, a company that nine months ago formed as the union of AOL and Yahoo under Verizon, it was important to disrupt the traditional format this year. And that meant creating an event with an atmosphere conducive to business deals but also with a distinct consumer feel to it—from parkour dancers to bucket drummers to cheerleaders to the evening’s charismatic host, Jamie Foxx, on a beautiful, clear night at New York’s Pier 26 May 1.

“When we approached it early in the process, we said we’re not going to do this traditionally, [but instead] present content in the way consumers get content these days,” says Charlie Eder, senior director of global events at Oath. “We thought, how are we going to best bring our brands to life? With a series of vignettes really focusing on a moment for sports, a moment for finance, a moment for entertainment, a moment for news—and do so in a really fun, consumer-friendly way.”

The idea was to highlight the company’s aforementioned verticals in a way that grabbed attendees’ attention, encouraged photo and video ops, and inspired trust in brands like HuffPost, MAKERS, BUILD Series, Yahoo Finance and Yahoo Sports.

The Oath event team literally started with a slab of concrete on the Hudson—known as Pier 26. With that in mind, the design inspiration became a New York City street. Internal team members created artsy posters reflecting each brand and plastered them on the event’s “wall” structures. Right after check-in, attendees were led through a tunnel experience that told the brands’ stories, an intro to the event on the pier they were about to experience. Concrete pillars and an exposed scissor lift were deliberately left bare, in keeping with the urban theme.

Reflecting the current festivalization trend in events, the evening featured a variety of snack stations, including a burrata bar, a steam bun station, small food carts offering giant pretzels and street corn, a burger bar, a “pop room” (essentially a booth with bags of flavored popcorn dangling from its rafters) and cake pops decorating a giant Oath logo.

Back to those vignettes, which were an evening highlight. One of the challenges the event team faced was keeping attendees engaged in such a broad, open space. The solution was to create intermittent bursts of content on the Pier’s numerous stages that excited people, brought their attention back to the stage for brief speeches or video clips, and inspired content creation. “You don’t have consumers just sitting down watching something for an hour anymore. They want to take out their phone, they want to watch content the way they want to watch it, and so having these short, one-minute vignettes, two-minute stories, was purposeful,” says Eder.

Content, whether live or video, was literally everywhere. A two-story dj booth with a bar below was a centerpiece, and stages had been erected on the north and south sides of the Pier. A cordoned-off set of staircases created platforms off of which parkour dancers would intermittently do flips, jumps and handstands.

“What we wanted was this jarring moment where you almost didn’t know what was happening, but all around you there was something,” Eder says. Actor and comedian Jamie Foxx also contributed plenty to the night’s spontaneity, inspiring Guns N’ Roses and Cardi B karaoke on stage. Agency: FIRST, New York City.