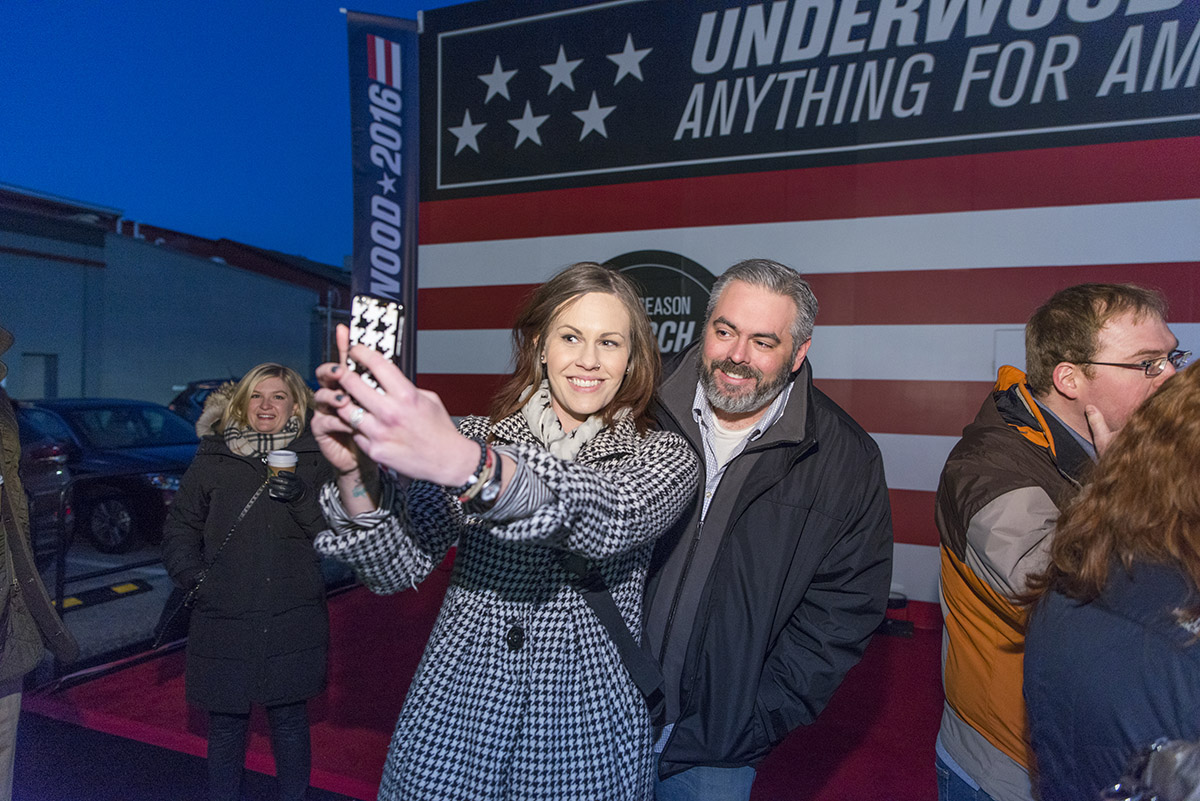 Netflix Disrupts a Primary Debate with ‘House of Cards’ Activation

To tease the season four premiere of “House of Cards” on March 3, Netflix swooped in on an opportunity to tie its series and season’s plotline to real life—and the press. The brand activated its own “campaign center” across the street from CBS News’ Republican primary debate at the Peace Center in Greenville, SC, the home state of the series’ main character Frank Underwood (played by Kevin Spacey).

The activation footprint included billboard-style branding on the outward façade (check out a flyover of the activation here). Inside, the consumer activation offered a faux Oval Office set that generated GIFs to share, while a VIP media lounge offered a respite for traveling press covering the primaries. There were plenty of premiums like bumper stickers, flags and matchbooks branded with the “FU 2016” slogan. The event was a live extension of the digital campaign Netflix launched to further promote the premiere.

The VIP media lounge offered free barbecue representing Underwood’s favorite Freddy’s barbecue featured in the series. There were framed photos of Underwood and his wife, Claire, in addition to sophisticated leather sofas, free massages, charging stations—and bourbon. The VIP experience was designed with feedback from the press. Invites were distributed through the two hotels where the media was staying. Agency: Allied Experiential, New York City.

Inside Netflix’s ‘House of Cards’ Activation:

• Inside JetBlue’s ‘Reach Across the Aisle’ Viral Stunt