Withings Dances In The Streets of Austin At SXSWi – Event Marketer 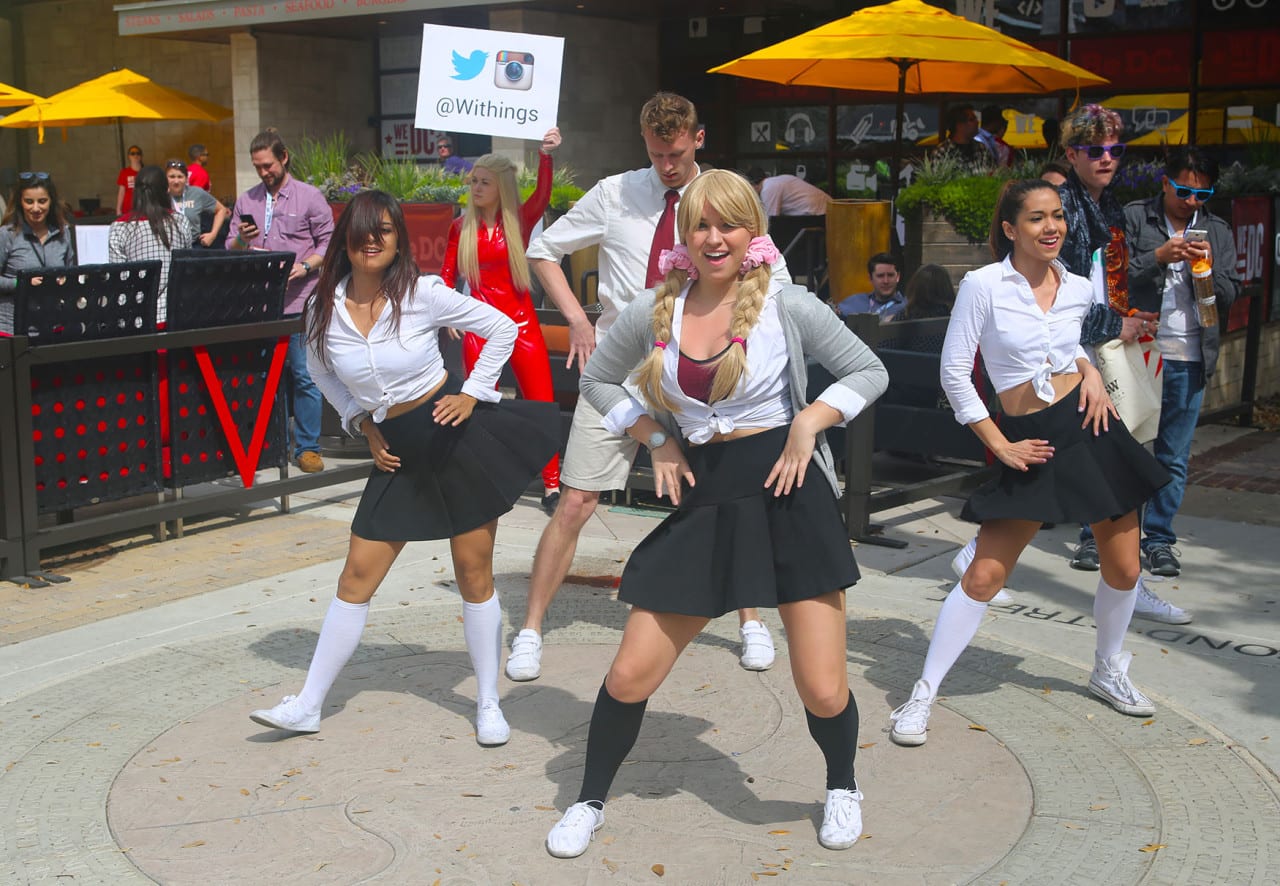 Withings Dances In The Streets of Austin At SXSWi

With its new Activite Pop activity tracking device slated to launch in late March at Best Buy and online, Withings took a three-pronged experiential approach to connecting with digitally savvy attendees at SXSWi. From street teams, to dance classes to a “silent disco” at Mashable House, the brand integrated itself into the informal, party atmosphere surrounding the Austin festival, which took place March 13 to 22.

“We wanted to make it easy for people to know how easy it can be for them to reach their activity goals, and show them that we are all about ease of use and simplicity,” says Arielle Carpenter, N. Am. marketing manager at Withings. “We focused mostly on the consumers who attended interactive because our company is really focused on digital healthcare and technical innovation.”

Capitalizing on a ’90s “pop” theme to promote the two 60-minute dance classes it held for attendees, Withings sent street teams who performed short clips from Britney Spears’ first music videos to downtown Austin. Brand ambassadors talked about the Activite Pop device, handed out ’90s-inspired slap bracelets and tote bags and encouraged people to attend the dance classes, which took place on Sunday and Monday mornings at the W Hotel. An interactive banner that rolled during the classes showed in real time how many steps participants had taken and how many calories they burned while they were moving.

Withings also partnered with Mashable in a “silent disco” activity designed to entertain attendees waiting to enter Mashable House and MashBash. Its street team lent Activite Pops, iPods and headphones so people could get in their steps while waiting to get inside, where a similar experience took place and awarded prizes to those who took the most steps.