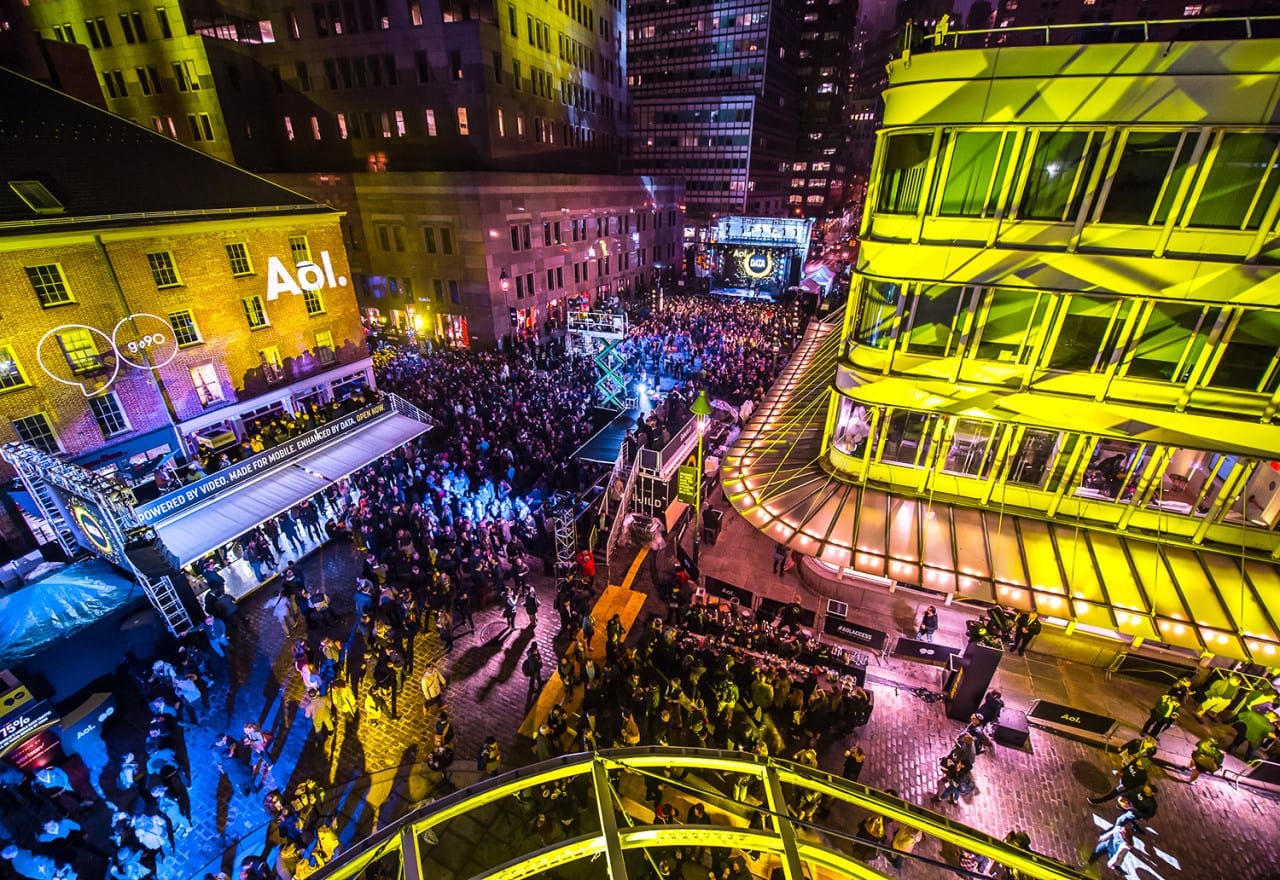 Ditching staged presentations in favor of block party-style interactions, AOL transformed South Street Seaport in Lower Manhattan for its 2016 NewFront on May 3 with live music and activations. The “choose your own adventure” tactic paralleled the AOL user experience and how consumers curate content today, while introducing media buyers to its digital line-up this year and giving them a better understanding of the audiences they can reach by engaging with AOL.

“I think we were all of the mindset that we wanted to do something different from the traditional stage presentation with a heavy focus on mobile and data and ‘open,’” says Charlie Eder, director-events at AOL. “Overall, the experience was intended to treat everyone as the consumers that they are.”

Performances by Years & Years, Demi Lovato and Snoop Dogg put a buzz-worthy stamp on the whole endeavor that attracted 3,500 customers including, for the first time, 500 consumers targeted with invites due to their influence and interests (Barkley Kalpak, recently acquired by First Protocol, handled).

The 12 activations by brands tied to AOL and parent company Verizon as well as partners all tied into a larger message about the scale of AOL and Verizon’s Go90 video streaming platform. Experiences ranged from virtual reality with Autoblog to drone flying with Engadget to sports interactives with Go90 partners the NBA and NFL. To help customers see the full vision and all of the pieces of the puzzle, AOL offered attendees guided tours with headsets.

“We wanted attendees to walk away with an idea of the kind of power the brands in our new partnership with Verizon have, and to see AOL in a way that maybe they hadn’t seen before,” Eder says.

Three other cool facts from this supersized NewFront:

Inventive invites. AOL enticed a hyper-targeted VIP list of influencers from the media buyer audience with piñata invitations stuffed with notes about shows being launched and “fast-passes” to cut the lines; there were drone drops and special meet-and-greet invites with Ariana Huffington and personal concierge Human Selfie Sticks (to follow select guests and help them snap selfies on-site), among incentives.

It took a village. AOL partnered with restaurants and retailers on the edge of the event footprint to take over their spaces and transform them into mini venues like press areas, green rooms and branded ice cream shops.

Captured on video. AOL captured 360-degree photography and video forming a mapped view of the different locations within the footprint of the event. Ultimately, the brand can translate that content through VR and promote virtual tours of what the event was like and the overall messaging.