Transforming a Car Fan into a Brand Fanatic - Event Marketer 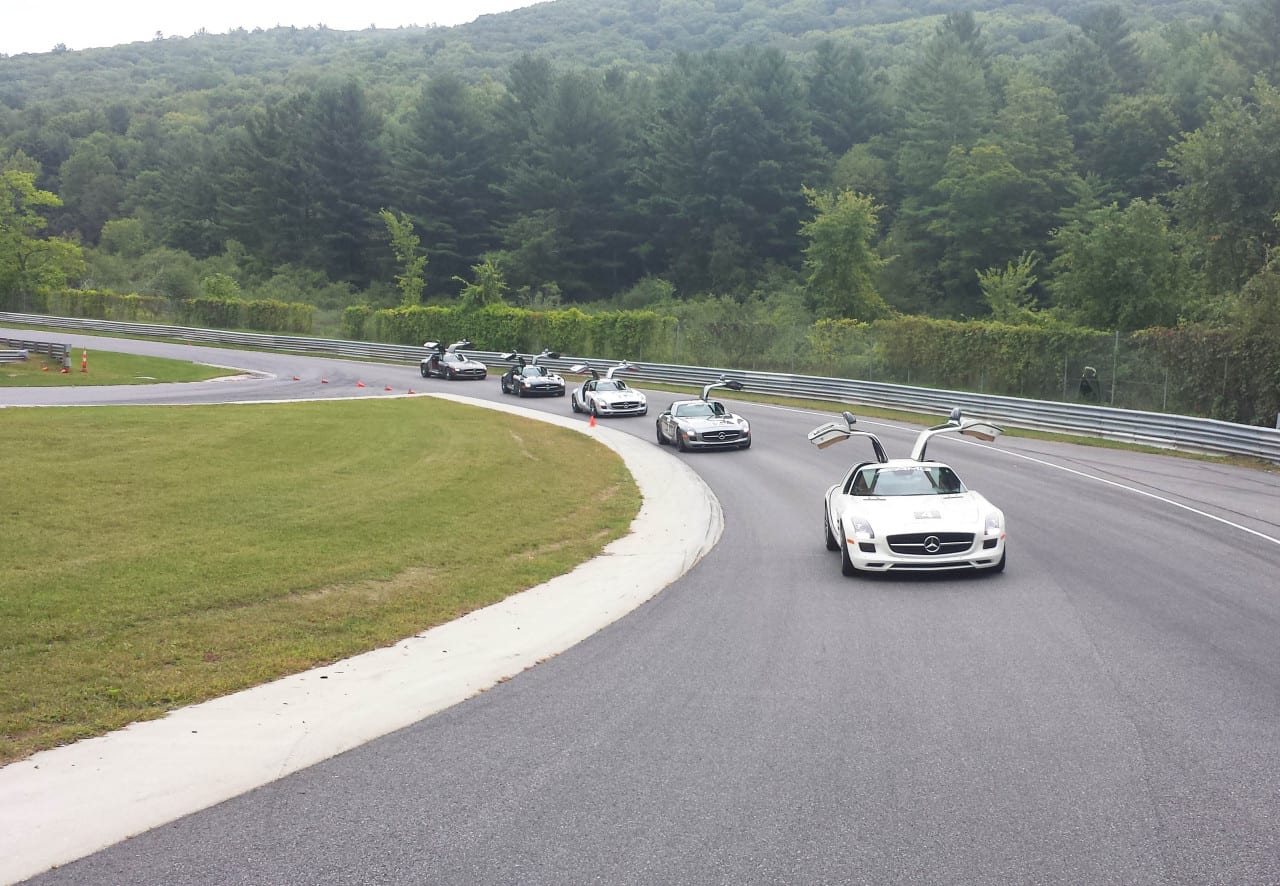 Transforming a Car Fan into a Brand Fanatic 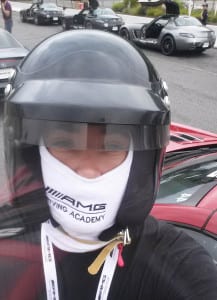 It was grey, and a bit wet that morning, but I wasn’t too concerned. A little water shouldn’t get in the way of what would probably be a day of good fun, but nothing too crazy, I thought. I was deep into rural Connecticut, at Lime Rock Park, a historic mile-and-a-half race track where Paul Newman used to burn through tires and was now home of the Trans-Am racing series and a Skip Barber Racing School. But I wasn’t there for any of that. I was there to attend the AMG Driving Academy, an exclusive, expensive event for AMG owners, top Mercedes salesmen and anyone who wanted to pony up the $1,800 for the one-day school, which was handled by Engine Shop, New York City.

I pulled my Subaru WRX into the park, surrounded by the AMGs of my fellow students. This wasn’t nerve wracking at all. Nope. Then I saw them. The Cars. The ones we’d be driving any minute. AMG editions of the CLA, CLS, E63, C63, SL63 and the epic SLS were spread before us, daring us to be badass with the impatient growling of their handcrafted, one-of-a-kind engines. For those of you who aren’t into cars, or don’t know what an AMG Mercedes is, allow me to take a minute to detail the gilding on these lilies. AMG is to Mercedes what the Army Rangers are to a buck private. This skunk works tuning house takes the regular Mercs and turns them into the craziest, best versions of themselves. They only do a few models every year, each a limited edition. Each engine is hand-built, tuned and certified by one engineer, who then sticks his or her signature on the top. These are horsepower-heavy, hard-handling driver’s cars, made for folks who get into the seat and forget about their left feet.

I and my fellow students headed inside the AMG hospitality chalet, where we gave up a little info and signed a(nother) disclaimer before being issued a branded balaclava and racing helmet and sat down for the driver’s briefing. One of the brand’s top test drivers led the briefing after showing off a video of him driving the next AMG model—fast. He filled us in on the plan for the day and gave us a virtual tour of the track with some tips for aggressive braking and controlled fast driving. He closed by introducing the instructors for the day, all of whom had decades of experience behind the wheel in circuits from NASCAR to LeMans and Formula 1.

All that was nice, but I was getting antsy for the real action. It was time to strap in and get some rubber down on the road. The first stop was an acceleration and braking test. Our job was simple: floor it until you got to the braking point, then stomp on the brakes. Pretty easy, but lots of fun, and it got the adrenaline up nicely, just in time for the skid pad. There, it was all about the G-force. Accelerate toward a water slick and cut the wheel to cause a spin, then try to drift out of it without losing control and going all the way around. With 500 horsepower sitting under my right foot, I’m not ashamed to say I went around more than once before I hung the tail of the C63 out like Ken Block.

That was just the warm up, though. It was finally time to get into an SL and hit the big track. We took it easy, at first, following the instructors to learn the racing lines and key corners. But we didn’t stay slow for long. They took us faster and faster, until it felt like I was getting around that course in record time. I had no idea. To wrap the morning we did some drag racing and slalom. We took a quick lunch break, and it was back into the cars for the autocross track, a smaller track where we could really practice hard braking and turning at speed. Here is where it got competitive, because the lap timers were running. It took me a few laps, but by the end I was posting top times in my group. That felt good. But for the full adrenaline fix, it was time to go back to the big loop. And it was time to get behind the wheel of the SLS, a 600-horsepower dragon designed to eat up asphalt. And we drove. Fast.

The last part of the day was back in the chalet, where we did an exit survey and the instructors handed out the awards for winners of the autocross time trials (not me). I didn’t even care that I hadn’t placed, and that’s the real power here.

It’s not the smell of the oil and rubber or the hit-you-in-the-kidneys rumble of the engines or the pure artistry of the cars’ lines or the feel of fighting the G-forces that are trying to drag you into the passenger seat when you turn into the left hand turn at speed. That all helps, but the real magic, the “felix felicis” that makes the alchemy work is the subtle sense of the brand. How the drivers tell you that a certain challenge is very hard, but this car helps you do it easily. It’s giving folks a racing helmet that tells them that this is exclusive, without ever having to say it. It’s putting a quarter of a million dollars in my hands and letting me feel what it would be like to take it home, and letting me conclude that $250,000 isn’t really that much money after all. It’s the experience, not left alone (which still would be amazing), but carefully and strategically guided toward helping us, the consumers, want what they want us to want. I’m about as jaded a consumer as it gets, and I want one. I want one now.

Show me that pedal on the right.