Global Event Campaign: How AOL and Yahoo Merged as Oath 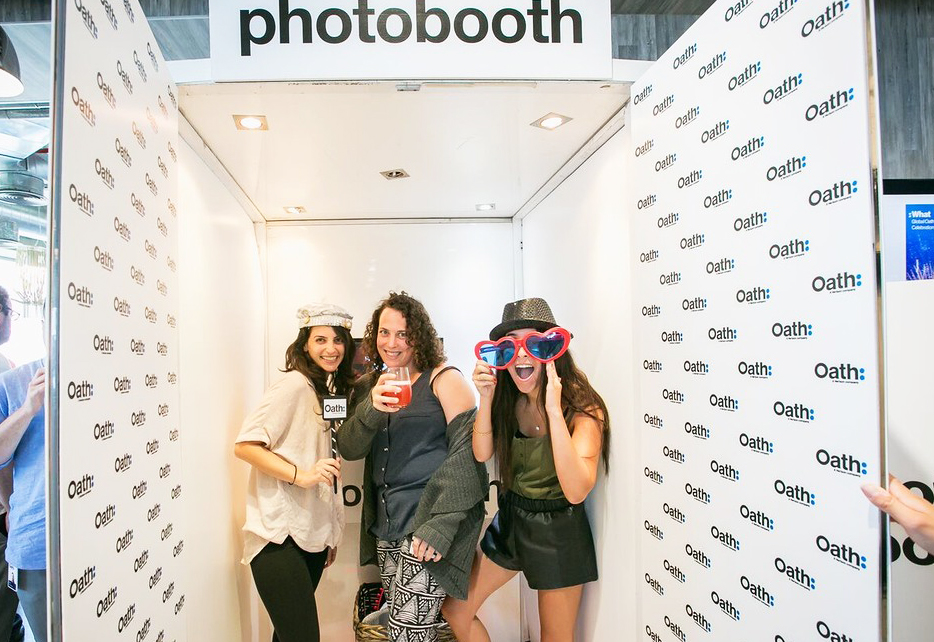 Now under Verizon, Oath engages customers and employees in a rebranding with industry activations and internal events

AOL is one of the internet’s oldest brands and Yahoo is one of the most recognizable brands of the digital era. Both now live under parent company Verizon, and both have multiple brands and extensions underneath them. So, when it came time for the two brands’ reorganization into one digital media powerhouse called Oath, the marketing strategy needed to celebrate and recognize the brands’ well-known assets while pushing a new message and direction. What emerged was a global event program that engaged customers and employees, kicking off at the year’s most important event for Oath’s business: Cannes Lions International Festival of Creativity, an event for the creative communications and advertising communities.

After the official launch at Cannes on June 19, the global event program kicked into gear for the summer, with Oath activating stand-alone and simultaneous events. “Oath’s launch mission was to lay the groundwork for what was the full scope of brands in Oath’s ‘House of Brands’ and how those brands can work together to the benefit of advertisers and agencies that we wanted to get in front of,” says Charlie Eder, director-global events at Oath.

For Oath, the challenge was finding a way to honor all of the brands’ individual attributes (from Flickr to HuffPost to TechCrunch to Tumblr) and promises to consumers while celebrating the larger story that, combined, these brands connect to 1.3 billion consumers—which is a lot of eyeballs for advertisers. The new messaging under Oath: “Building brands people love.” 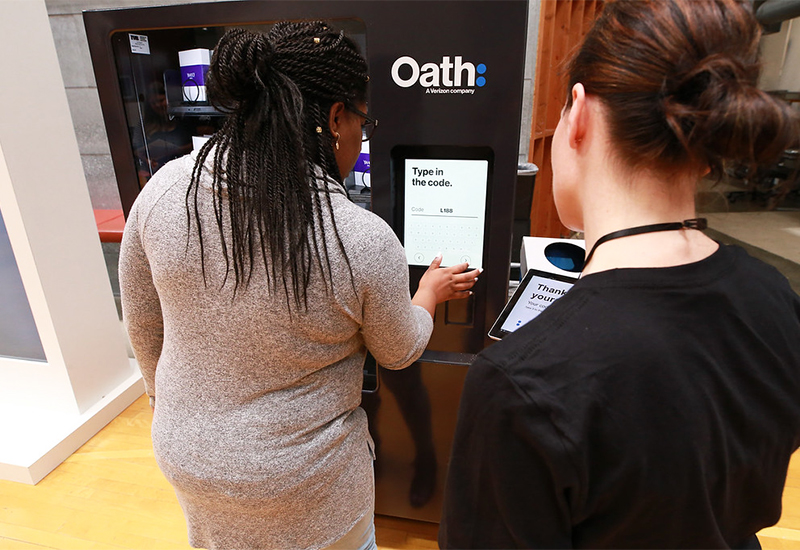 At the center of each agency activation was a social media vending machine that contained gift boxes.

At the center of each activation was a social media vending machine that contained gift boxes representing all the brands “under Oath.” Attendees were invited to make their own three-word “Oath” and then share it on social media as part of the #makeanoath sweepstakes. In doing so, they received a code to enter into the vending machine, which then dispensed a gift box they could open on the spot. The premium gifts ranged from high-end dinner gift certificates to a new MacBook Pro to tickets to a Lady Gaga concert. Certain boxes even offered a special “VIP extra brand love” card that unlocked gifts from brand ambassadors waiting in the wings, like a big-screen TV. Participants were automatically entered into the sweepstakes, too, which offered larger regional-based experiences, like a VIP trip to the Hamptons on eastern Long Island, NY.

As a result, 7,500-plus oaths were made across 20 agency activations in the cities, 5,500-plus gifts were distributed and the in-office activations resulted in more than nine million impressions.

During this period Oath set its sights on internal unification as well, producing simultaneous events for employees at 55 global office locations from Tai Pei to San Francisco on June 29. The events, ranging in size from 50 to 1,500 employees, offered happy hours, full-fledged parties with performances and photo booths, and Oath-branded activities. Some 9,600 employees engaged in the experiences across 17 countries. 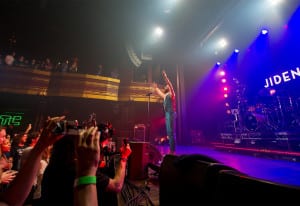 Oath is also investing in consumer-facing events, like a TechCrunch after-party featuring Jidenna.

“We made sure that everybody felt the same kind of investment and cultural excitement of the Oath launch happening in our flagship offices in Sunnyvale [CA] and New York City, whether you were in Singapore, Dublin or a small office in Atlanta,” Eder says.

Furthering its mission as the “foundation” of all the brands it encompasses, Oath this summer also launched what it calls Moonshots—investing in consumer-facing events and activations for the brands under its umbrella, like a TechCrunch after-party for attendees at Disrupt NYC featuring performances by new artists Jidenna and Local Natives, and a HuffPost cross-country bus tour, with more activations involving other brands in the “house” planned in the coming months.

“These represent more opportunities for us to invest in those brands in ways that are unique to them, which is the mission of Oath, and to ultimately help them grow their consumer and user bases, and advertisers who use them, through the rest of the year and into 2018,” Eder says. Agency: FIRST Global Events Agency, New York City.