How GitHub Universe Leans on Empathy and Inclusion 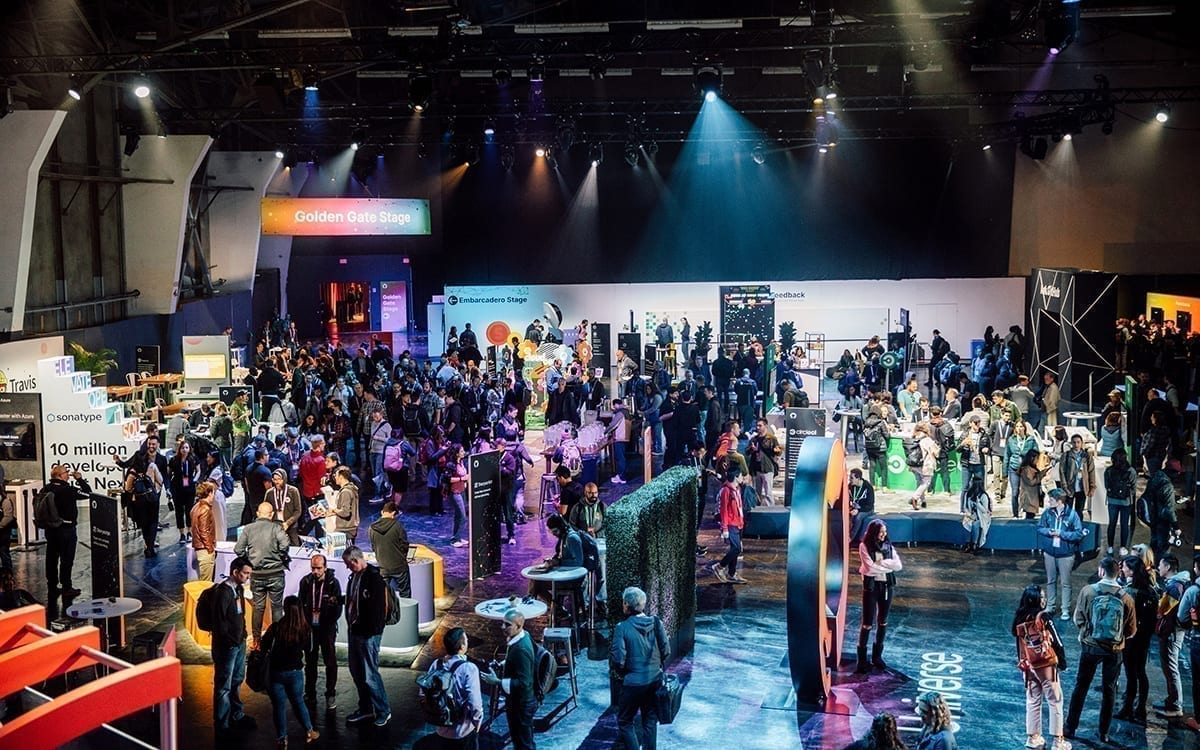 Attendees at GitHub Universe, held Nov. 13-14 at the Palace Fine Arts in San Francisco, could see themselves and celebrate their individuality at every turn of the event. And that was by design. The annual tech show for programmers who use the brand’s hub for code sharing, publishing and networking leaned on the concepts of empathy, access and inclusion.

“This year’s theme was the ‘Interconnected Community’ and we leaned into that theme in every way,” says Alaine Newland, senior event producer at GitHub. “We wanted people to walk in and almost have to pause to take it all in, and then have them be constantly experiencing little moments that made them feel good and also generated surprise and delight.”

The focus this year, she says, was on human-centered design. The GitHub Universe team took into account post-event surveys from last year’s show, social media conversations and conversations with product and sales teams, as well as partners, to determine ways to add value to the offline experience.

“Human-centered design is about putting aside our own assumptions and taking the time to talk to our community including all the different departments that hold hands with those developers to understand what they want to get out of this event,” Newland says.

One of those moments for attendees took place in the entrance tunnel, which was a digital manifestation of the attendee. As a person entered into the space, their movement was represented by a streak of LED hex color code that lit up along pathways through the tunnel. That same design messaging carried into the main stage design and an LED wall to represent a workflow, a project moving through the GitHub pipeline and the people that interact with it.

The open industrial venue checked all the boxes for GitHub, allowing the company to incorporate its signature offerings that included cushy pump rooms for nursing mothers, gender-neutral bathrooms, prayer, meditation and wellness spaces, and an overall show that was completely ADA accessible and offered protection. “These are all things that are must-haves for us to ensure that every attendee feels included, engaged and safe,” Newland says. 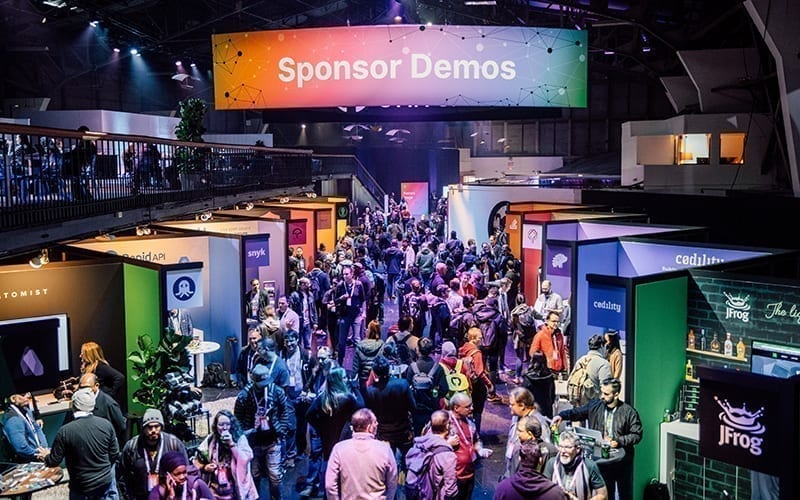 Artistic booth spaces were created for each sponsor with a color theme and signage offering a creative spin on their logo.

Other engagements included an Octocat customization station (GitHub’s mascot), where attendees could represent themselves physically or emotionally with a sticker printout of the Octocat they created that they could wear throughout the show. Connecting to the brand’s messages about data and privacy, attendees could also create a custom mask to wear for the show the same way their avatar image can on the digital platform. The customized interactions continued at the genius bar engagement called Ask GitHub, where attendees could speak one-on-one with professionals and have questions answered while they were using the product on-site, as well as dig into topics presented during the general session or learning tracks.

Content at the show focused on navigating the platform and announcements like GitHub Actions and Packages, GitHub for mobile, a redesigned notifications experience, a code preservation project and GitHub Security Lab, among features. For sponsor engagement, artistic booth spaces were created for each company with a color theme and signage that offered a creative spin on their logo.

One of the main goals this year, according to Newland, was to create space for every kind of interaction based on the attendees’ preferences.

“Some developers are extroverts and really get value out of wandering and talking to as many people as possible, and in that case, we made sure that we had reasons for people to collaborate,” Newland says. “Other developers are introverts and they really want to be able to go to a quiet space to get some work done, or they need help getting out of their comfort zone, so we provided in the swag bags ‘Connection Kits’ to help them spark conversations organically.” Agency: Manifold, San Francisco.