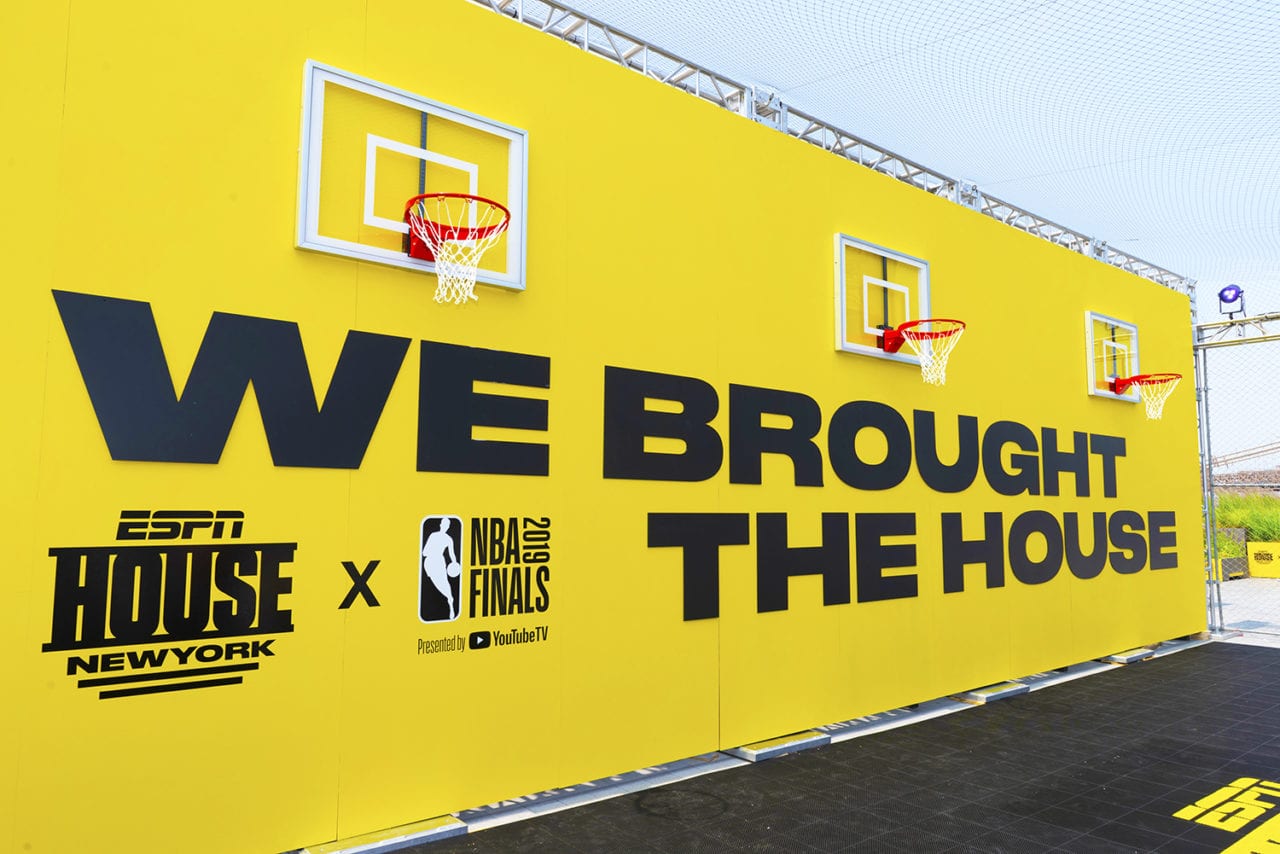 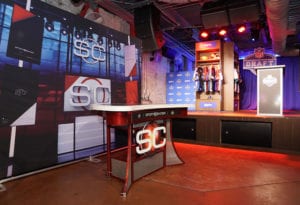 Consumers could snap photos behind the “College GameDay” desk as part of the activation.

Consumers today can turn to any number of streaming platforms and networks to enjoy sports-related content. So, to engage fans where they are—and not just in their living rooms—ESPN launched an event series surrounding tentpole moments in sports, each featuring experiences tailored to those particular groups of sports fans. Dubbed “ESPN House,” the series’ first iteration took place April 25-27 in Nashville during the NFL Draft, and the second occurred June 5 in New York City during Game 3 of the NBA Finals.

“It’s important to us that fans continue to experience the ESPN brand as more than just a TV network, and more than just a social handle,” says Mike Kopech senior director-sports marketing at ESPN. “We want to let fans experience events in a unique and unexpected way that’s different than watching a game broadcast on our air.”

Take the NFL Draft event, which took at a honky-tonk bar in Nashville to recreate moments college-aged fans would appreciate. Consumers sat at the “College GameDay” desk, posed at a mock NFL Draft podium while holding up a team jersey and standing next to a new locker; snapped a pic in a “SportsCenter” set; and recorded a player intro video similar to what airs during “Monday Night Football.”

“ESPN sits at the intersection of college and pro football, and that journey, if you will, takes place on our air,” says Kopech. “You play your games on ESPN in college, you get drafted on ESPN, you play on ‘Monday Night Football’ once you’re a pro. We wanted to bring that journey to life for fans.”

In terms of KPIs, social media impressions were top of the list. Raking in 6.8 million impressions, the results surpassed expectations, according to Kopech. Offering up a free 2 Chainz concert to fans—ESPN’s first-ever live concert—didn’t hurt. Inviting influencers, both macro and micro, helped give the event some social lift as well.

“The NBA and hip-hop culture are interrelated,” says Kopech. “We wanted to encourage experiences that people would want to share on social media because that culture is also very much of the NBA. The sentiment not just around the event but ESPN for putting on the event was high, which is really important to us.” Agencies: Octagon, HudsonGray. 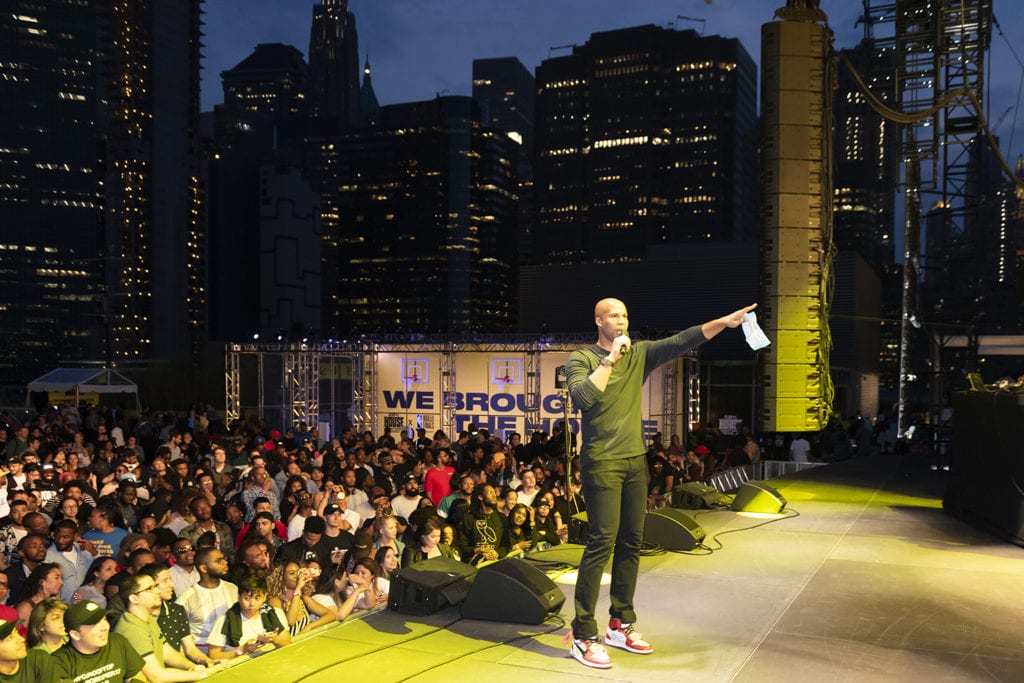