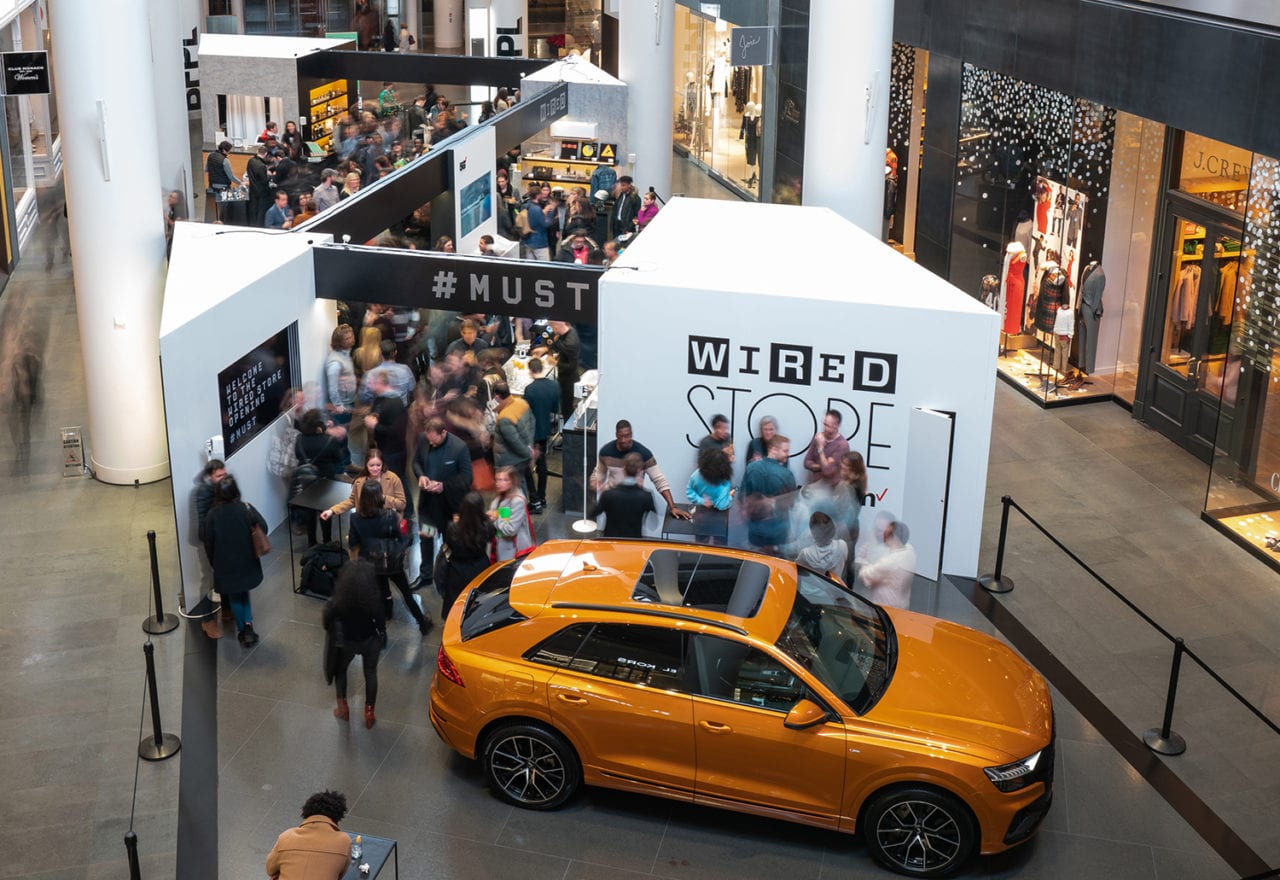 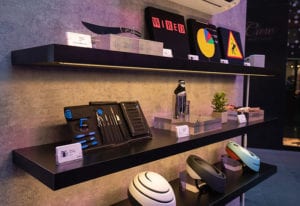 The design of the pop-up was inspired by a modern home and included floating shelves lined with products from WIRED’s wish list.

WIRED magazine celebrated its 15th season of activating a pop-up retail experience showcasing the “must have, new, now and next” technology products for the holiday season. Open Dec. 13-22, consumers were invited to meander and shop a 2,600-square-foot space at Brookfield Place shopping center in Lower Manhattan, curated in partnership with the magazine’s editorial staff as well as the pop-up’s sponsor this year, Verizon, which built a centrally-located space featuring accessory products that would connect to a Verizon phone.

“WIRED is an immersive brand with a passionate audience that wants to get hands-on with the gear, gadgets, décor and technology that’s in the pages of the magazine,” says Ryan Aspell, brand marketing director for WIRED. “In today’s world, people want to try before they buy. So, the idea was, how do we design a space that embodies gallery-meets-retail and that merges also both online and offline?”

The result was a design concept that enhanced the store’s functionality. Spanning an entire corridor of the shopping mall, its open-flow format helped attract active and passive shoppers as well as walkthrough traffic. The design was inspired by a modern home and included floating shelves (so as not to clutter the product-filled environment) lined with gadgets, technology and various toys, as well as stone, wood and warm lighting accents. About 40 products on display were included in WIRED’s annual product wish list published in its December issue.

For the “try” component of the equation, WIRED left many of its products untethered and unboxed. A robot dog, naturally popular with the kiddos, had space to strut its stuff. Similarly, Verizon’s selfie drone—one of many products contributing to its accessory story—could be demoed within a controlled area. Much of the space was designed to encourage trial, with a focal point on robotics.

“There’s a renewed focus on ensuring that as a brand we’re bringing robotics to the forefront that speak to consumers of every age,” Aspell says. This included a dj set for children three-years-old and up, a robot bartender—which demoed its skills during the WIRED store launch party on Dec. 13—and a smart luggage system that consumers can actually ride in the airport.

Meanwhile, fulfilling the “buy” component were trained ambassadors armed with tablets who moved through the space, acting as personal concierges able to discuss the annual wish list, make recommendations and provide insights on products. In fact, as the pop-up has evolved over the years, more of an emphasis has been placed on purchase.

“When we first started the store, it had more of a gallery style. You were able to walk through and see things, but not actually walk away with them,” Aspell says. “We’ve added an element of commerce to it so that there are a number of products that people can actually purchase in the store and walk away with.” Agency: NA Collective, New York City.