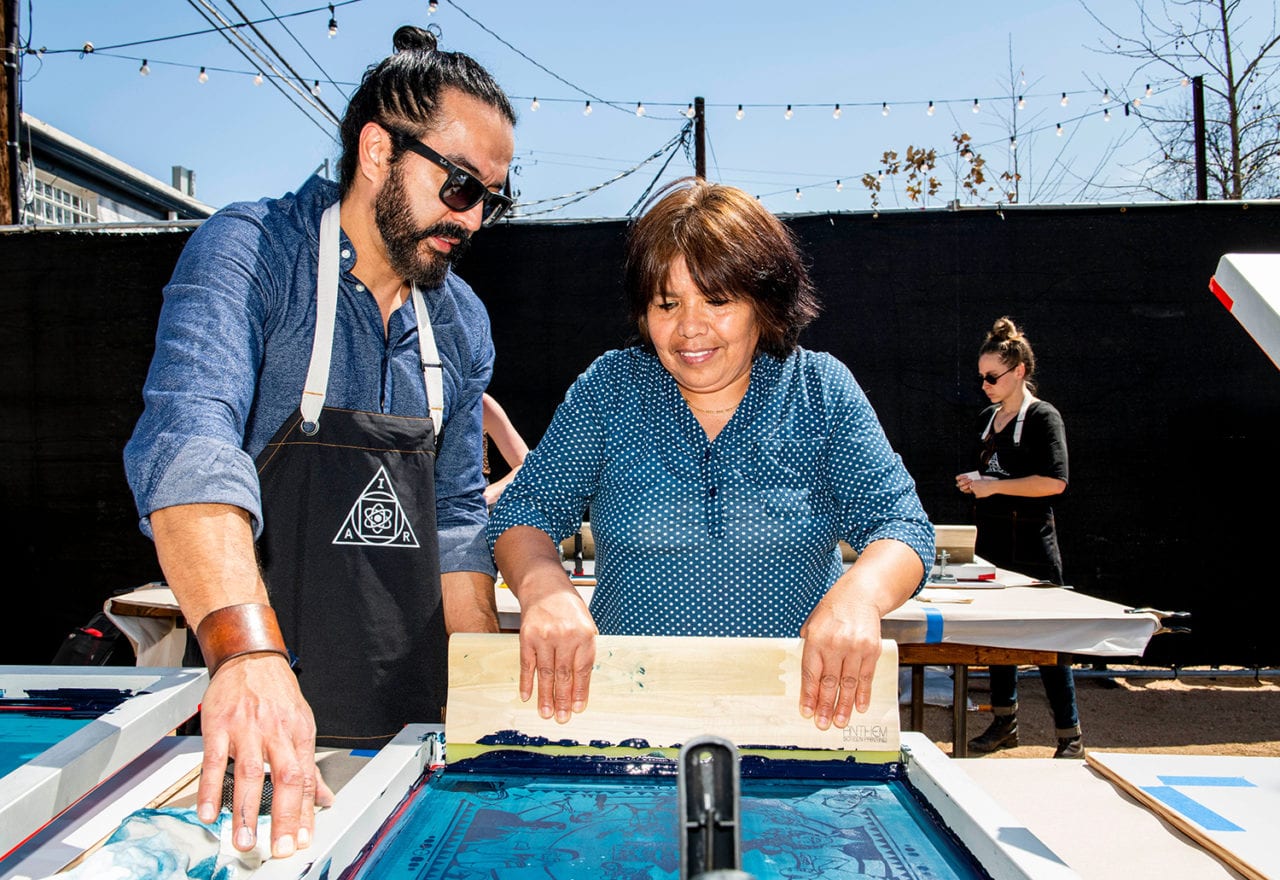 At SXSW, Facebook Opens the Doors to its Art Department CSR Program

Social networking sites are about connecting the world and communities, ultimately, through our devices. But for more than a decade, Facebook has been leveraging art to build and impact communities offline. At SXSW this year, Facebook’s Art Department went “live” for the first time in seven years, activating its CSR program and promoting its mission at the Native Hostel in Austin. The goal was to educate attendees, and the general public, about Facebook’s art-driven initiatives, including the Artist in Residence (AIR) program, the Analog Research Lab and the Designer in Residence (DIR) program.

“2018 was our coming out party for the program. It’s how we’re introducing ourselves to the world, letting them know that this program that supports artists has been around for a long time, it’s deeply embedded in the company culture, and that it’s coming from this idea that we all need a break from our digital devices, to step away from the screen and engage in ways of thinking and in experiences that can be transformative,” says Jessica Shaefer, global art program manager at Facebook. “SXSW was the first time for us to really be able to bring that ethos outside of Facebook’s walls and to be able to share the artwork that’s been produced by past artists.”

Open from March 9-11, the space included a gallery exhibit of 100-plus artists from the AIR and DIR programs around the world. These artists have work spaces within Facebook offices, and create pieces that are exhibited in the buildings. Employees have participated in workshops surrounding the Art Department programming, specifically, on creativity and the cross-pollination of ideas. Those employees and visitors have traditionally been the only ones to enjoy the work and get to know the local artists—until SXSW.

The program at Native Hostel featured screen printing and zine-making workshops to give attendees a taste of the DIR program. Facebook’s Analog Research Lab led workshops on screen-printing. There was a panel discussion on “How Art Fosters Identity,” which explored artistic practices in bringing people together and the Facebook Art Program, and featured cognitive expert James R. Doty, MD. There was also an evening concert by singer-songwriter Madeline Kenney of Oakland, CA, and current AIR musician Toro y Moi of Berkeley, CA.

But, perhaps, the most public-facing aspect of the event was a 2,465-square-foot mural created on the façade of the Native Hostel, contributed to by Facebook AIRs, 15 local artists and local youth from Out Youth, Yes Mentoring and Todos Juntos groups. The brand partnered with HOPE (Helping Other People Everywhere) on the artwork, which will remain there for the next six months.