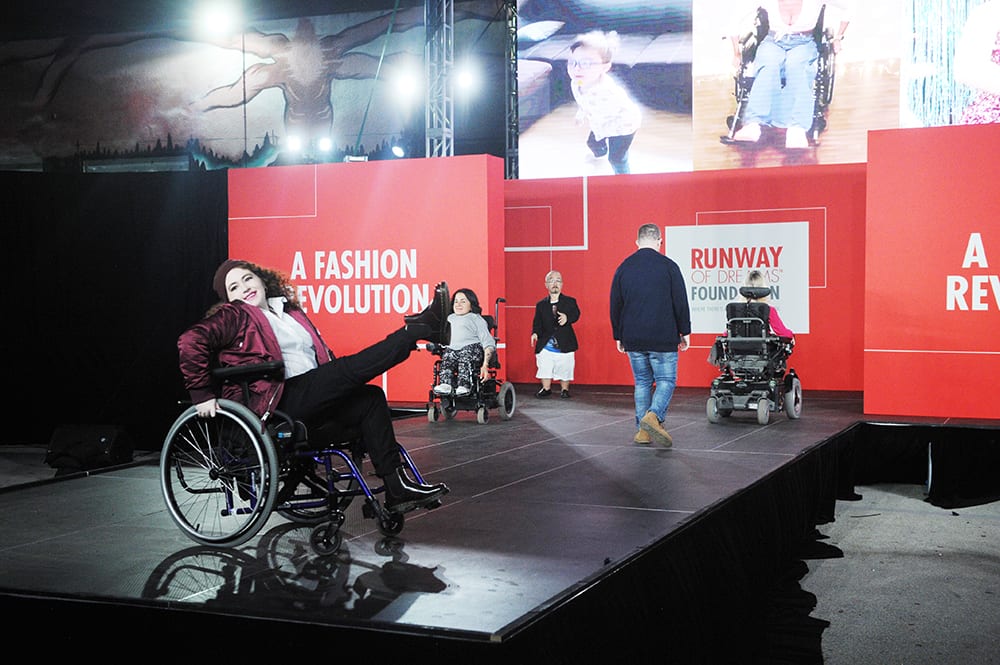 Hosted by the nonprofit Runway of Dreams, the Miami event featured adaptive designs

There is an unexpected benefit in activating a fundraising event within a pandemic environment: accessibility. In the case of Runway of Dreams, a New Jersey-based nonprofit that promotes adaptive fashion for people with disabilities, going beyond the gala helped boost the profile of its Fashion Revolution drive-in event on March 9 as well as secure a title sponsor in Kohls, which joined Stride Rite, Zappos Adaptive and Tommy Hilfiger Adaptive in the lineup.

Runway of Dreams had to do adapting of its own to reconceive its annual fundraising event. Normally the group hosts a gala in New York every September and February to coincide with New York Fashion Week. This past September, it presented a virtual show. This spring, with no restrictions on in-person events in Florida, it added a live runway show to the virtual presentation. Forty cars filled the lot at the Carpool Cinema Wynwood in Miami to watch a fashion show, joined later by more than 3,000 consumers who watched an on-demand version of the event on YouTube within the first 20 hours of the premiere.

The big industry buzzword right now is accessibility, according to Jodi Thompson, managing director at Revolution Marketing, executive producer on the show. And the new concept was more accessible in terms of the number of people who could access the show, the price point compared to a formal gala, and, of course, fashions from the sponsors.

Kohl’s began its sponsorship in 2019 when it introduced adaptive apparel to its three largest kids’ brands and became the show’s presenting sponsor this year. Kohl’s was the second presenting sponsor in the event’s history, following Tommy Hilfiger.

“As an organization, we are committed to creating an environment where everyone feels a sense of equity, where diversity is valued at all levels and where inclusion is evident across our business,” says Anne Johnson, senior manager-community relations marketing at Kohl’s. “This is a critical part of our marketing strategy as well, especially when you think about the diverse customer base and the families that we serve. We love that Runway of Dreams works with models with different disabilities, ethnicities and backgrounds and that young people can see themselves represented.”

Stride Rite, which launched an adaptive line in July 2020, initially focused on digital marketing. Its work with Runway of Dreams represents its largest event marketing for the brand, according to marketing manager Raia Savage. The company hosted a virtual watch party over Zoom for employees to watch the show.

“It hits on all of the things that we’re looking for: It’s moving fashion in the right direction, it’s inclusive, it’s celebratory and it focuses on the kids and the models,” Savage says. “To tap into this market and create something for kids that were underserved is really powerful.”

Sales weren’t the top priority for Stride Rite. “Awareness is No. 1, getting eyes on the shoe. Then press impressions, social impressions. Sales, especially for the first go-round, was a secondary KPI for us because it was the messaging around it and getting the story out there,” she says. 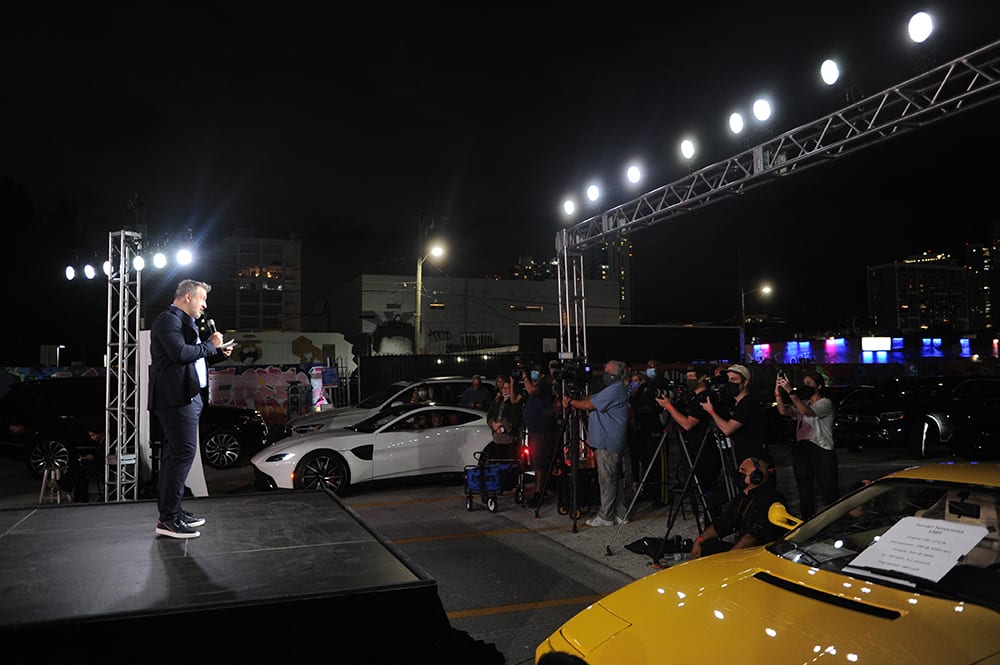 Celebrity Joey Fatone takes the stage at the sold out event, with 40 cars filling the Carpool Cinema Wynwood in Miami.

The show cast models of different physical abilities, age, race and gender. They brought their own personality to the event, adding wheelchair spins, dancing and sign language as they showed off their apparel. Celebrity host Joey Fatone, who lives in Orlando and could easily travel to Miami, leaned into the drive-in format by encouraging guests to “Give a honk and a round of applause!” He also took a walk down the runway with his daughter, Kloey, who is on the autism spectrum.

The drive-in fashion show also featured a number of interactive moments. Leading up to the event, Runway of Dreams asked its social followers to submit videos of themselves dancing. They were played on screen during the show’s finale and shown in the video, which included behind-the-scenes footage. Another interactive element was the Runway by SAP app, an e-commerce tool that allowed viewers to purchase items directly off of the runway, or later to view the entire collection or watch the show on demand.

COVID precautions included PRC tests 48 hours in advance of the show as well as on-site testing. The show restricted its models to Florida residents, and everyone practiced social distancing and wore masks backstage. Guests had their temperature taken before they were admitted inside the drive-in.

Runway of Dreams plans to return to New York in September and will continue to have a virtual dimension (Agency: Revolution Marketing, Los Angeles).