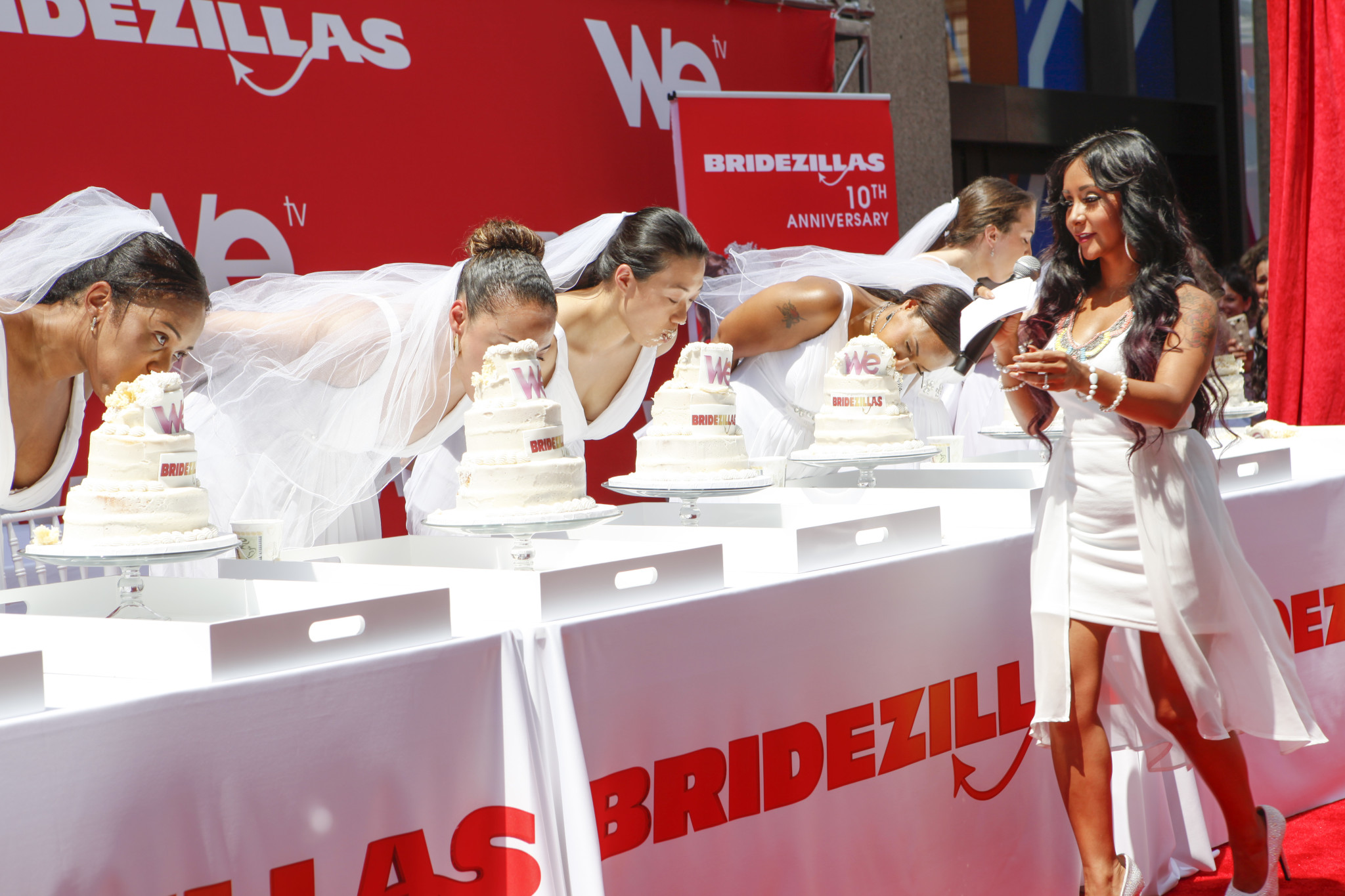 To drum up excitement for the tenth and final season of WEtv’s “Bridezillas,” the network on May 30 invited 10 brides to New York City and gave them a chance to win $10,000 in a wedding cake-eating contest. To add a bit of star power to the ceremonies, reality star Nicole “Snooki” Polizzi served as emcee. She is a bride-to-be herself, and a fan of the show.

The brides came from all over the tri-state area to belly up to the table at the Plaza at Madison Square Garden. The bride who ate the most cake in five minutes won the prize money. To avoid disputes, the brand ran the contest according to official eating competition rules. Digitally, the brand supported the event though social media and on WEtv.com.

“We felt that a cake-eating contest would be perfect,” Rosie Pisani, head of marketing at WEtv, told Buzz. “We looked for a variety of women who were willing to compete and this event was a tremendous opportunity for ‘Bridezillas.’” Agency: Grand Central Marketing, New York City.