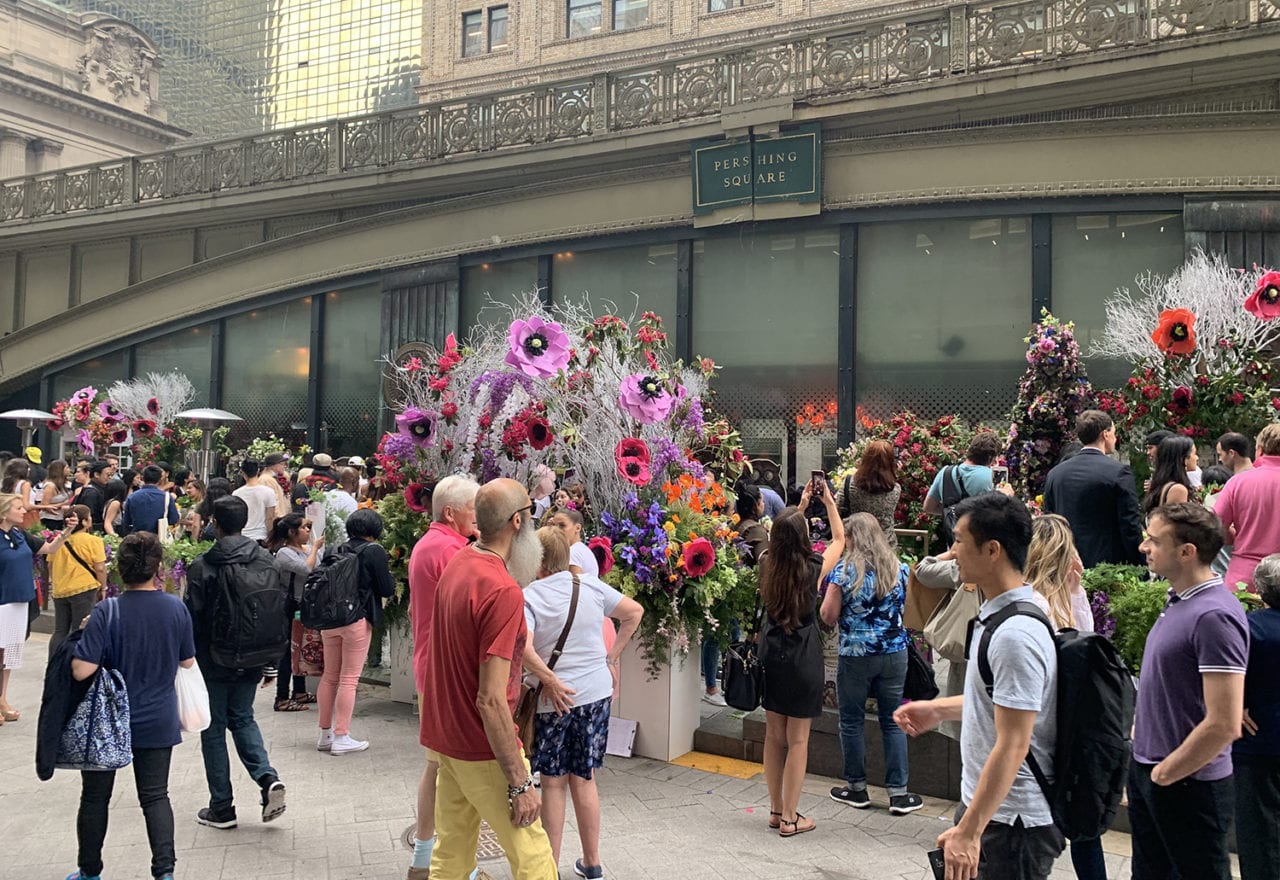 Recruitment was the brand’s primary business goal, according to Hendrick’s brand manager Jena Fanelli. “People can sometimes find gin a little unapproachable. So, we’re trying to beat that barrier and show them that Hendrick’s is a very light and beautiful tasting liquid,” she says.

Another important part of the strategy was upping the theatrical element, a common tactic in the brand’s experiential efforts. At last year’s Panorama Music Festival, for instance, actors engaged consumers purchasing cocktails at its three-story, Edwardian-era structure by juggling cucumbers and blowing kisses to them.

“We try to bring theater to everything we do. Something that we say a lot at Hendricks is ‘trial plus theater equals advocacy.’ So, it’s about blowing this up and bringing the brand world to life,” says Fanelli.

This latest Hendrick’s expression launched in the U.S. in May was distilled with roses and cucumbers, and the brand bet on it appealing to a wider swath of consumers. “We wanted to bring something exciting and new to the masses. And for new occasions, too, that Hendrick’s may not have always been looked at for, like brunches, summertime cocktailing picnics, rooftops, things like that,” Fanelli says.

The façade of Pershing Square, situated directly across from Grand Central Terminal, offered the event’s first photo op. Lilacs and greenery hung from the café sign and a bench draped in flowers below provided a photo moment. So did a large green hedge shaped like a Hendrick’s bottle next to it that was covered in more flowers.

When consumers entered the café, they were escorted to the patio area. Attendees could register ahead of time on Eventbrite, but walk-ins were accepted as well. At check-in, attendees received tokens for two samples, totaling 3.5 ounces. Beyond that, they could continue to drink cocktails at the indoor bar, which served one of the cocktails being offered on the patio.

The cocktail samples were the “Midsummer Spritz,” comprised of Hendrick’s Midsummer Solstice, elderflower liqueur and soda water, and the “Salty Dog,” with Midsummer Solstice, grapefruit juice and salt. Attendees could garnish their own cocktails with cucumber, lemon, edible flowers or grapefruit, which were hanging in trees beside the bar. Other photo ops included a phone booth and a patio swing.

There was also a make-your-own flower arrangement station, in partnership with Bloomsybox. Attendees could pick three stems, some of which made up the actual bouquets for purchase from Bloomsybox. Then, a florist playfully named “Baron Von Blooming” wrapped the flowers and discussed their meaning with attendees. A card handed out with the bouquet provided more information on Midsummer Solstice, including the names of a few shops nearby where the gin could be purchased. The card also provided details on the Bloomsybox service.

Adding a bit of theater to the experience were two “vine” characters on stilts that appeared to be trees or giant flower installations when still—frightening and delighting more than a few attendees. Agency: Momentum Worldwide, New York City.