Peet's at Coachella: Salon Chairs and Cold Brew on Tap 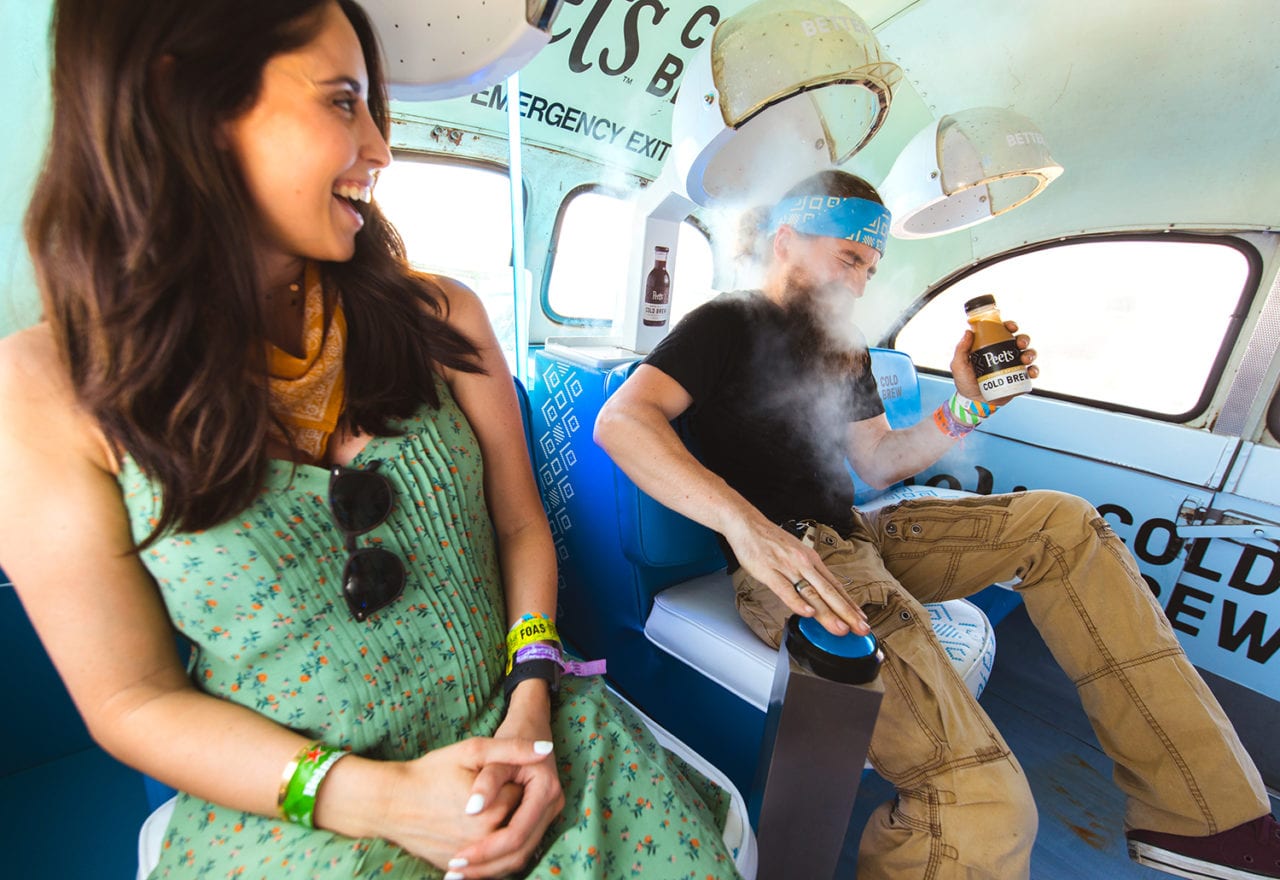 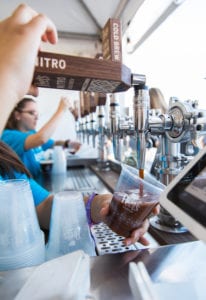 Peet’s opened up a dedicated taproom that served up cold brew and nitro cold brew.

Escape from the heat is a premium for Coachella attendees, so it’s no wonder Peet’s Cold Brew returned to the festival this year armed with interactive cooling chairs, a shaded lounge and all the cold brew festivalgoers could guzzle. The brand arrived at the event campgrounds in style on its vintage #BetterEnergy Bus, which served as an activation anchor point, while branded trikes offered sampling on-the-go. A cold brew taproom on the main festival grounds rounded out Peet’s widespread presence.

Whereas the #BetterEnergy Bus played host to select music acts during Peet’s 2018 Coachella activation, the brand this year opened up the air-conditioned vehicle to all attendees. On board, festivalgoers could take a seat in 1950s-style salon chairs with oversized hairdryers that emitted blasts of arctic air at the push of a button, enjoy complimentary cold brew samples and take a moment to recharge. Just outside the bus, attendees could relax in a shaded outdoor lounge featuring cooling misters and charging stations.

On Coachella’s main grounds, Peet’s opened up a dedicated taproom that served up cold brew and nitro cold brew each day.

“Last year, we were selling our bottled cold brew inside the festival, but they were available at any concession—along with everything else you could buy,” says Gretchen Koch, senior director of marketing-CPG division at Peet’s. “We worked with Coachella [this year] to get a dedicated Peet’s space for selling, and the taproom was perfect because cold brew on tap or nitro cold brew is a perfect fit. That was a really big addition to our brand activation to be able to be inside the festival with a permanent spot because we got in with our trikes and samples, but that’s only a couple of hours each day. Having the taproom where we could drive people there the whole time the festival was open gave us another really good touchpoint.”

For those in need of a little late-night pick-me-up, Peet’s deployed a fleet of branded trikes to provide cold brew samples to night owls taking part in the festival’s Silent Disco from 1-3 a.m. The trikes could also be found in front of the iconic Coachella Ferris wheel during the day, where attendees received “sip size” samples during designated “happy hours,” and a chance to snag a pair of VIP ticket upgrades.

“One of the things that we have found really successful about activating at Coachella is people are coming into it as a big experience,” says Koch. “They spend a lot of money for their tickets, they’re out there for three days. It’s a big moment in their life at that time. So, I’ve found it to be a cool place to be with our brand because we’re there at a big moment in their lives. It’s not just a concert they went to one night—it’s bigger… We’re fitting right into something that they’re going to have a lot of pictures of, they’re going to be talking about, they’re going to be sharing. That’s part of the reason we came back and we made our presence bigger, because we found ways we could connect with them in a natural way.” Agency: Havas, New York City.