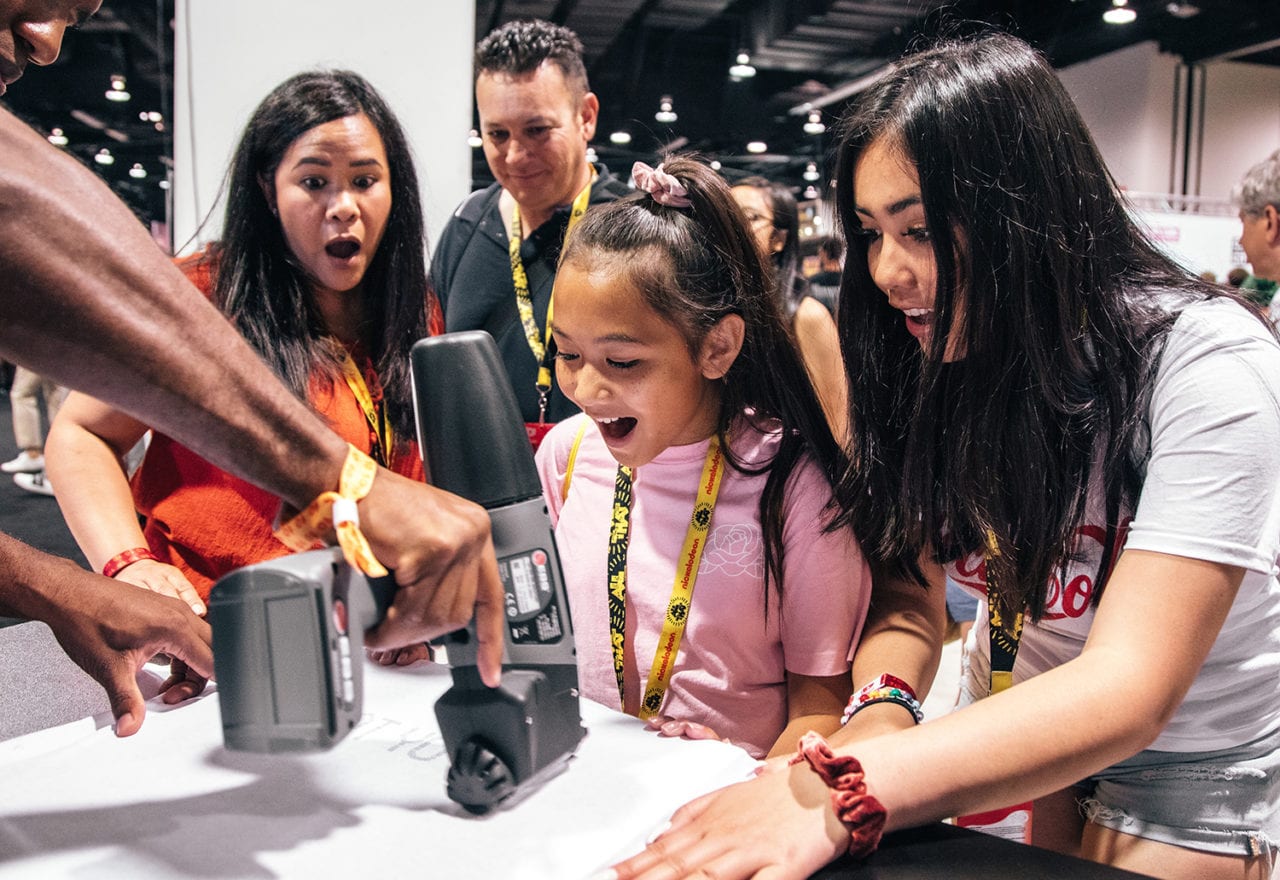 If there’s one thing marketers understand about members of Gen Z, it’s that they’re not afraid to speak their mind. NBCUniversal took the concept to heart at VidCon, July 10-13 in Anaheim, CA, where four brands from its portfolio activated around a “Share Your Voice” theme to engage the event’s youthful attendee base. Each of the featured NBCU brands, two of which are Snapchat-based series, offers content targeted to a Gen Z audience, making VidCon a prime activation platform. The goal? To prove that a legacy media company can keep pace amid today’s rapidly evolving consumption behaviors.

“When we created ‘Stay Tuned,’ it wasn’t about taking nightly news and putting it on Snapchat,” says Jen Brown, svp-strategic integration and portfolio marketing, digital enterprises division, at NBCUniversal. “It was about how do we take our ability to tell news in a way that we feel is very unique to NBC, but tailor it for the Gen Z audience that’s on that platform. So the common theme here is that this is programming from NBC that is designed specifically for Gen Z.”

To promote “Stay Tuned” at VidCon, NBCU invited the program’s hosts— Savannah Severs, Gadi Schwartz and Lawrence Jackson—to mingle with fans on-site. The experience featured a video booth where attendees could record their own VidCon-themed “segments” of the show, some of which may eventually appear on a future episode. They also used iPads to share the causes they wanted to see featured on “Stay Tuned,” from immigration reform to climate change. An episode of the program was also filmed on-site.

Fans of the Snapchat series “The Rundown” could select a pop culture phrase (think: “Treat Yoself” and “This is a Case for the FBI”) to have printed on a branded t-shirt as a takeaway, and rub shoulders with host Erin Lim, who filmed a new episode at the conference. And over at a giant “Bluprint”-themed Share Your Voice mural designed by Amy Tangerine, attendees were invited to artistically express themselves with color and images.

“It’s the ultimate b-to-c experience, having your audience physically interact with the host and the talent and with the content they’re creating, and getting feedback directly from them,” says Brown. “That’s something that our creators behind the camera and our talent really appreciated. It’s a nice pulse-check about what it is that people are responding to within the content we’re creating for them.” Agency: Mirrored Media, Santa Monica, CA.