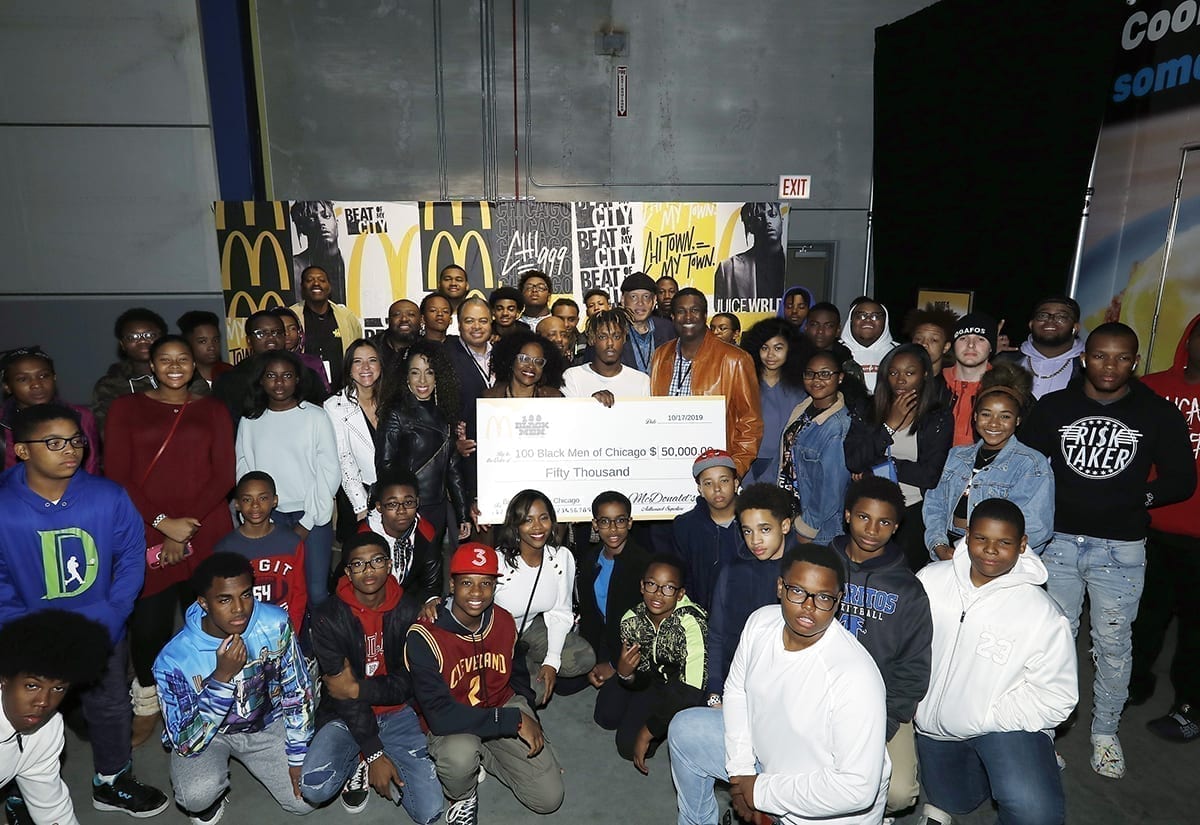 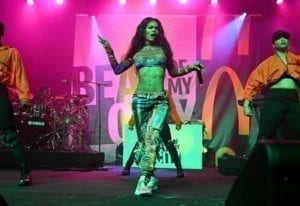 Teyana Taylor headlined the Beat of My City concert event in New York.

Giving back to the neighborhoods it serves is part of McDonald’s ethos, and through its Beat of My City concert series, the fast food giant gave the gift of music. The brand partnered with two musicians, Teyana Taylor and the late rapper Juice WRLD, to deliver live performances and give back to local communities in the artists’ hometowns of New York City (Harlem) and Chicago. Through McDonald’s partnership with Genius, more than $70,000 was raised to benefit 100 Black Men of Chicago, which provides positive role models for young African-American males, and the Levy Milbank Center in Harlem, an after-school center.

At each concert event, attendees listened to djs spin tunes ahead of the main act, snagged city-specific screen-printed shirts, rubbed shoulders with various VIPs like “Empire” actress Serayah McNeill, battled each other in an old-school arcade, and munched on McDonald’s cheeseburgers and fries served out of the brand’s mobile unit, the McRig. Insta-worthy backdrops completed the experience. In New York, for instance, McDonald’s paid homage to Taylor’s song “Rose In Harlem,” with an installation of yellow roses that served as a photo backdrop. And in Chicago, a live muralist painted a branded convertible on-site, which consumers could later pose with. A slew of influencers, from Justine Skye to Vic Lloyd, was also on hand to capture content.

The design elements of the experiences were tailored to each city to drum up hometown pride, but McDonald’s “culture-forward” vibe was woven throughout both events.

“If you think about the big picture across the entire initiative, you’re going to get that look and feel that feels very authentic, close to that community, driven by culture,” says Lizette Williams, senior director-U.S. marketing at McDonald’s. “Once we had that big idea, we went into the specific locales to understand how we would bring that to life in a way that was customized to the location. I think the wheatpaste posters and some of the elements that we had really spoke to some of that culture-forward element. So we wanted to use those visuals as a representation of what was happening in the community, and had the voice of the community.”

Beat of My City included two media partnerships—one with Spotify and one with Genius—to help drive donations for Taylor and Juice’s hometown charities. The Spotify partnership was leveraged to spread the word on the Beat of My City initiative through creative storytelling. Genius, a digital platform that allows contributors to analyze and build on song lyrics, was utilized to connect fans while raising funds. McDonald’s leveraged the Genius platform to launch a program called Annotate for Good, which rewarded participants with Genius IQ coins for offering their insights on Taylor and Juice’s lyrics. Those coins later turned into real money that was donated to the artists’ charities, giving consumers a tangible stake in the philanthropic component of the Beat of My City program.

“At the crux of the Beat of my City initiative is consumer engagement, but bigger than that, it’s doing it through the focus on community,” says Williams. “It’s interesting because McDonald’s has always been about community. In some neighborhoods we were the first, and sometimes the only, restaurant option. So we created this initiative to combine our deeply-rooted commitment to the community with our long-standing connections to music and pop culture… And we’re excited about that. We’re elevating our commitment to the neighborhoods we serve.” Agency: The Narrative Group, Los Angeles.

Scenes from the McDonald’s Beat of My City Tour: