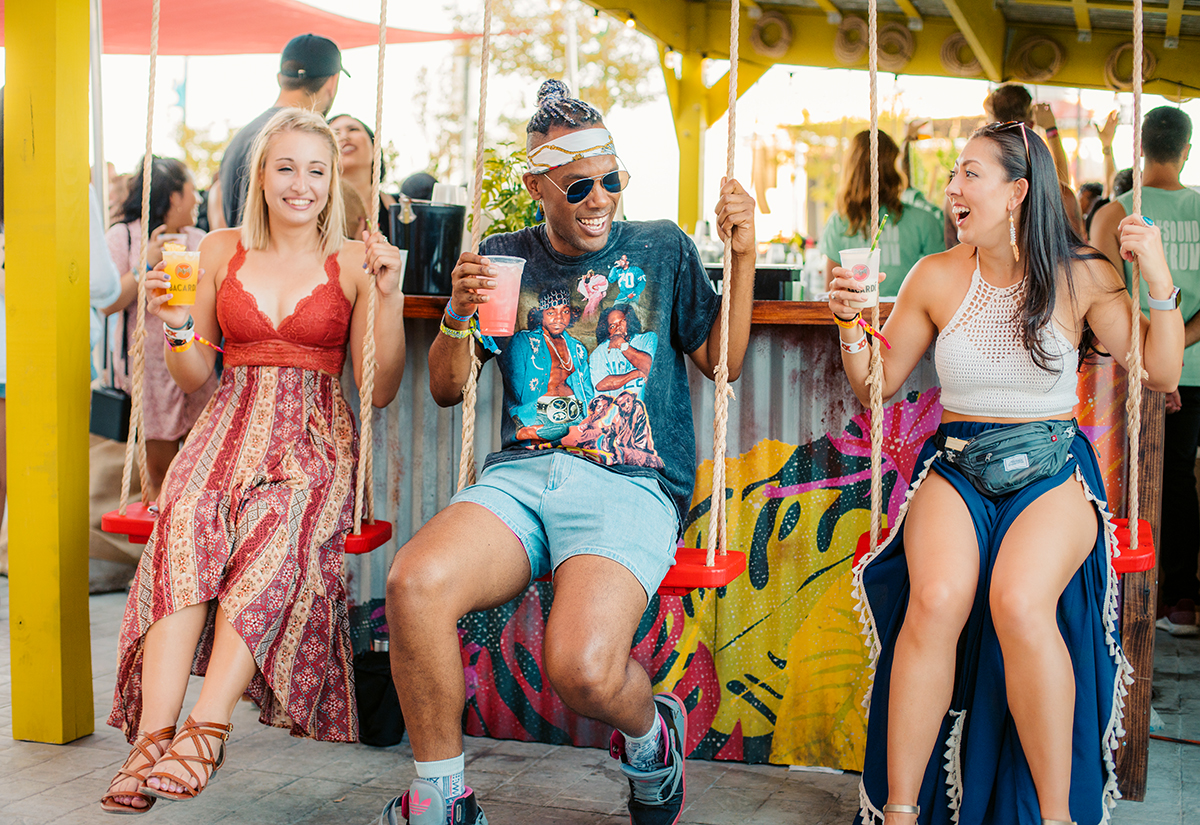 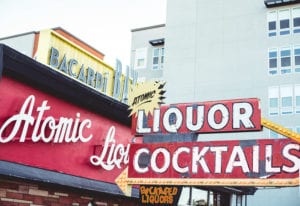 Bacardi’s sponsorship included a takeover of the iconic Atomic Liquors, the oldest bar in Las Vegas.

Bacardi brought its “Live Passionately” mantra to the Life is Beautiful Music & Art Festival for a second year with a medley of experiences that paid homage to the brand’s Caribbean heritage and underscored its ties to music. Returning to downtown Las Vegas Sept. 21-23, the brand delivered cocktail education, purpose-driven art and some good old-fashioned surprise and delight to tens of thousands of festivalgoers.

For the first time in its six-year history, the festival property opted to award naming rights to one of its main stages, and Bacardi was the lucky winner. The brand’s #SoundofRum Stage played host to performers including Travis Scott, St. Vincent, Miguel and other top acts while promoting its Sound of Rum initiative, which celebrates Caribbean music and culture.

In addition to naming rights, Bacardi’s sponsorship included a takeover of the iconic Atomic Liquors, the oldest freestanding bar in Las Vegas. Re-dubbed Bacardi Bay, the space offered attendees exclusive cocktails, unique art, island-inspired decor and a prime view of the Sound of Rum Stage. The tropical theme also carried over into the brand’s “High Tide” promotion via the festival app. Attendees who opted in to the app’s push notifications received an alert between 5:00 and 5:30 each day, notifying them that the first 600 people to belly up to certain bars would receive a free Desert Mojito, the official cocktail of the festival.

For those interested in mixology, Bacardi offered a class at the festival’s “Cocktail School,” led by its official rum ambassador, Juan Coronado, and West Coast senior portfolio ambassador, Jaymee Mandeville. The duo took attendees through the history of the daiquiri, from its origins in Cuba to the present day. Participants learned how to concoct three variations of the libation: The Original Hand-Shaken Daiquiri, the Old Cuban and the Life Is Beautiful Daiquiri.

The festival also served as a platform to promote Bacardi’s #TheFutureDoesntSuck campaign, created in partnership with Lonely Whale Foundation. The initiative entails eliminating 1 billion single-use straws by 2020, and was brought to life by two local artists who erected a life-sized art installation made up of plastic waste found at the festival. There, fans were encouraged to sign a pledge to ensure #TheFutureDoesntSuck.

“It’s very natural to bring Bacardi to where [consumers] already are so we can better connect with them,” says Roberto Ramirez Laverde, vp, Bacardi North America. “Festivals are the perfect combination of great music, delicious food and cocktails—everything there inspires consumers to move and to get up, which is part of what we are trying to get them to do… It’s a great opportunity to fuse music, cocktails and the Bacardi DNA, which is all about the fun you can have by being true to yourself.” Agency: Mosaic, Chicago.