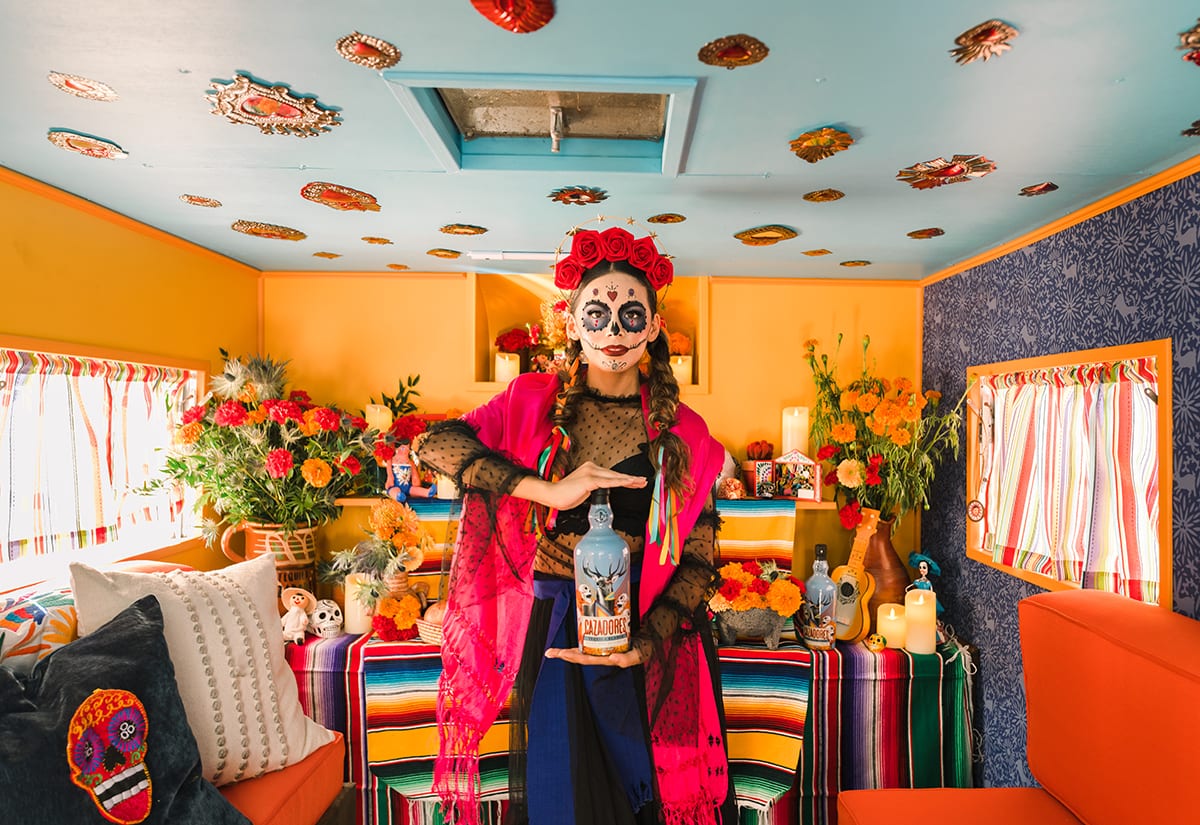 Happy Halloween, marketers. While candy brands are having a field day today, plenty of other categories are getting in on the fun, too, leveraging the holiday to pull off stunts, contests and product launches. Last year, the industry saw Skittles activate a tiny house sampling structure, Reese’s activate vending machines that allowed trick-or-treaters to trade in the candy they got for the candy they really want, and Dunkin lead a social media costume contest complete with a $1,000 prize package, among experiences.

This year, brands have come to play (with us). Read on… if you dare. 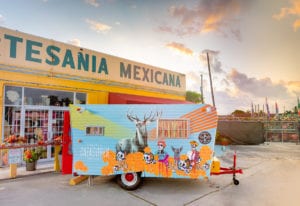 In honor of Día de los Muertos, which this year takes place Oct. 31 through Nov. 2, Tequila Cazadores teamed up with acclaimed Mexican street and textile artist Victoria Villasana to design a limited-edition Blanco bottle, as well as bring the traditions of the holiday to different cities across the U.S. through an authentic traveling ofrenda, the “Altar from Arandas.”

Inside the transformed camper, consumers can immerse themselves in the holiday’s history; learn an authentic Mexican toast with Cazadores cocktails; taste some Pan de Muerto (Bread of the Dead); light a prayer candle on behalf of lost loved ones; and have photographs framed and designed in Victorian style. They also receive tokens for complimentary cocktails upon exiting the altar.

Just in time for Halloween, FX Networks recreated the summer camp setting of “American Horror Story: 1984,” the series’ ninth season and homage to ’80s slasher-horror films, on a 110-acre property deep in the canyons of the Santa Monica Mountains. “Camp Redwood” was an immersive theater-based experience on Friday the 13th, a few days ahead of the series’ Sept. 18 premiere. It featured a small group of influencers—20 horror tastemakers, superfans and sweepstakes winners. After journeying 30 miles in camp vans, attendees found canvas camp survival bags on their beds, complete with a flashlight, camp uniform, a whistle and night vision goggles.

Small groups led by camp counselors tackled axe throwing, archery, knot tying, arts and crafts and group jazzercise. Scare moments included a bloodied hiker emerging from the nearby hills, a camp-wide blackout, a missing-turned-deceased counselor-in-training, creepy slasher film archetypes roaming the grounds and the appearance of a chainsaw-wielding figure dressed in all black just when attendees had let their guards down. Agency: Industria Creative.

Halloween pranks are viral gold, and Bacardi poured out some view-worthy tricks for the release of its limited-edition Halloween rum, making the victims question whether it was them or the rum talking. Actress and Bacardi spokesperson La La Anthony helped the brand pull it off by tricking unsuspecting friends and bar patrons in New York City, including actor and singer Tristan “Mack” Wilds, into thinking a Bacardi bottle on the bar was “haunted.” Just like in the former MTV show “Punk’d,” La La and a crew watched the whole thing unfold behind hidden cameras as the bottle, placed on the bar top, appeared to move on its own.

Chipotle’s annual Halloween promotion “Boorito” returns this year. From 3 p.m. to close today, Oct. 31, customers who arrive in costume at any Chipotle location can purchase a burrito, bowl, salad or tacos for $4. But Chipotle’s adding in a social media promotion with TikTok this season, too. Consumers are asked to post a TikTok video featuring their costume looks before and after. The top five transformation submissions using the hashtag #Boorito and #Contest, those receiving the most likes, will earn free burritos for a year. Popular TikTok creators Zach King and Brittany Broski are onboard to participate. The TikTok contest runs from Oct. 26 to Nov. 1.

Jägermeister is leveraging Foursquare this Halloween for an augmented reality-based digital experience. Consumers can use their mobile device to activate an AR experience, dubbed “Darke Spirits.” The AR experience can be unlocked through POS materials, but also through the user experiences that are driven via ads that target very specific audiences as they enter various geo-fences and access Foursquare.

When mobile device users are within reasonable proximity to a location where a “Darke Spirit” is lurking (on-premise locations and off-premise locations) and if the user is surfing the web, he or she may be presented with an ad that explains the program and shows them a list of participating locations to visit to have their own encounter with a “Darke Spirit.”

When device users are within a participating on-premise or off-premise location, and if the user is surfing the web, he or she may be presented with an ad that shows that a “Darke Spirit” is lurking inside the bar or store. At that point, they can enable their device to view the “Darke Spirit” via AR. They can move it around the screen and explore it (seeing it from the sides and back). Then, they can take a photo with it and upload it to social for a chance to win a Halloween Prize Pack. Agency: M Booth.