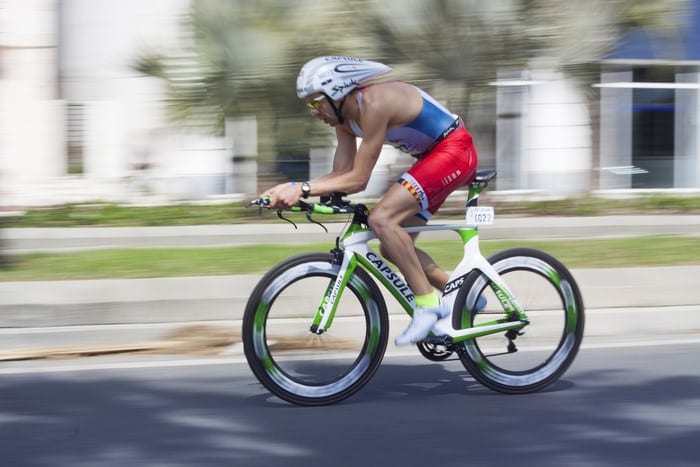 As the countdown to the 2008 Beijing Olympic Games begins many brands are waiting with nervous anticipation to find out if the athletes they sponsored will make the cut. Will they get to be associated with legends in the making like Michael Phelps? Will their alternative sports star become the next Shaun White? Or will the ultimate gamble the underdogs become the next feel-good press sensation like the Jamaican bobsled team? You can never predict the outcome but if you support your sponsored athletes and their respective sports year-round you can enjoy a return on investment that transcends the wins and the losses.

“When a brand gets into the DNA of the sport you end up in a holistic space where there’s tremendous association between the brand and the sport across all extensions and that’s where we’ve found ourselves ” says Greg Leonard senior director brand p.r. for Jose Cuervo a long-time pro beach volleyball sponsor.

Swimmer and 10-time Paralympic Games gold medalist Erin Popovich and pro beach volleyball player and five-time tournament champion Matt Fuerbringer took a break from their hectic training schedules to give us a few rare insights into their experiences as sponsored athletes—what they look for in a sponsorship what keeps them engaged and excited about the brand and what gestures (both big and small) can keep the brand love alive. Sponsor Jose Cuervo also contributes ideas for building an athlete-friendly program. Here 10 secrets to a happy sponsorship:

Support the Sport
Brands that use their resources and chutzpah to elevate a sport that may not be getting the mainstream attention it deserves will win favor with their sponsored athletes. Visa has supported Paralympic sports since 1996 and is a four-time sponsor of the Paralympic Games. Paralympic swimmer Popovich says the brand has “really stepped up and gotten behind the entire sport ” a gesture that she says inspires more personal investment on her part. Visa regularly works with athletes and governing bodies to develop new properties and programs that raise the profile of many of its sponsored sports. In April 2007 the brand partnered with swimmers Michael Phelps and Katie Hoff and embarked on a Visa Friendship Lanes tour of China an initiative designed to grow the sport of swimming internationally.

Contracts with athletes are a no-brainer but kicking off the relationship with a candid conversation about what each party expects is critical. “It’s important to inform the athlete what a brand hopes to achieve by sponsoring you and what it hopes you will do for it ” Popovich says. Inviting athletes behind the corporate curtain helps them feel like a part of the brand’s inner circle and helps them see how their contribution makes an impact. Before a recent press event in New York City Visa had a day-long session where it talked about marketing for Beijing and how the athletes fit into the marketing plan. The athletes were encouraged to share their thoughts around the campaign.

Visa stays in constant contact with its athletes whether they’re in the midst of their two-to-three year training programs or at championship tournaments. Brand reps regularly show up at competitions just to root their athletes on or to take them to lunch. “It feels like family—like they’ve got your back ” Popovich says. “It feels like support from Visa leadership not pressure.” Signing the contract and walking away however not only leaves untapped marketing opportunities on the table it can burn bridges. “In my experience those relationships don’t last very long ” says pro volleyballer Matt Fuerbringer. “Either someone comes along with more money or the company leaves unhappy—they don’t think they’re getting enough.”

It’s not all about the cash sponsorship packages. Visa leverages its organic assets by offering its young athletes in-depth financial literacy training to help them prepare themselves for life during and after competition. Cuervo steps up its support of all athletes not just its own by being the biggest supplier of prize money in the AVP circuit. The brand also treats its athletes to surprises like hotel rooms and limousine service a relatively small gesture Fuerbringer says should not be underestimated because of the athletes’ busy travel schedule.
Provide Training Time

When your athlete’s on the clock and working their marketing magic for your brand show you respect the demands of their sport by providing ample training time and facilities. Visa schedules and pays for training facilities and makes sure not to overbook the team’s time. “They do a phenomenal job providing a place to train and scheduling training ” says Popovich.

Round Out The Team

This year Cuervo grew its Team Cuervo roster from four to 15 athletes. The bigger team allows the brand to book retail engagements exhibition games and media opportunities in the week leading up to the games without overwhelming a few select players. “With a robust group of people we can have them sharing the experience on an equal level so come Thursday when the sun sets they’re focusing on Friday’s volleyball game ” Leonard says.
Be Realistic and Respectful

Athletes are first and foremost well athletes. While it’s tempting to want to leverage their sparkling personalities and achievements 24/7 resist the urge. Remember that sports competitions require hours of mental preparation and focus. (In other words that p.r. opportunity 10 minutes before the game is probably asking too much.) Most importantly note that anything outside of the contract is a giant favor on the part of the athlete. Even the most generous competitor deserves your respect for their boundaries. “Me coming over to do a signing when I have a game in an hour—it’s above and beyond the call of duty ” says Fuerbringer. “That’s me really going out with my heart and saying OK I hear you I’ll take care of you. But it can’t be expected.”

Some athletes may never win Olympic gold but it doesn’t mean they can’t win hearts just for trying. One unranked AVP player named Dave Fischer drives a retro “Volley Trolley” RV across the country logging about 43 000 miles per year. “We looked at him and said there’s a guy the Rudy of the AVP tour ” Leonard says. “Someone fans can rally behind and cheer for. That dichotomy—that friction between what people see as success is a nice thing for us. It’s provocative. It allows people to feel very engaged to the sport and it really takes that aspiration element to a higher level.”

Invite Ideas
When Visa was concepting ads for the Athens Olympics swimmer Michael Phelps was solicited for his ideas. The resulting “Lap” ad which (with the help of special effects) featured Phelps swimming from Athens to the Statue of Liberty and back leaned on some of his thoughts. The brand says communication with athletes like Phelps helps it learn more about them which in turn translates into more genuine marketing programs.