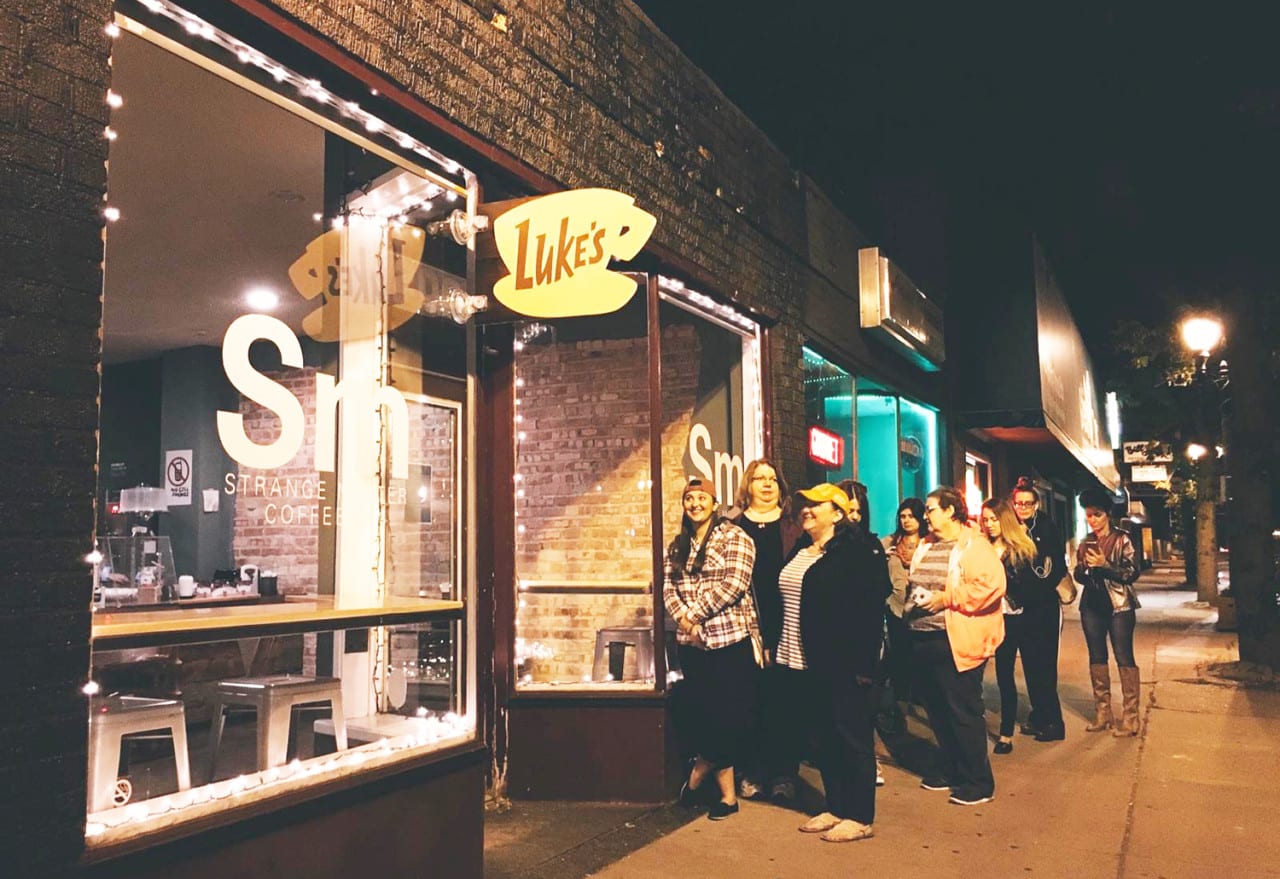 To generate viewership for its revival of the cult classic “Gilmore Girls,” Netflix on Oct. 5 transformed more than 200 local coffee shops across the country into Luke’s Diner, the fictional “hangout” in the series. Netflix and agency Allied Experiential recruited shops based on location and neighborhood in order to reach super fans and the young professional demographic (20- to 30-year-olds who may have watched the series over its seven-year run, from 2000 to 2007).

The simultaneous pop-up program took place on “Gilmoreversary,” the day “Gilmore Girls” first aired, and many coffee shops reportedly attracted hundreds of fans with lines out the door. The participating shops were provided signage, branded coffee cup sleeves, flannel shirts and baseball caps for staff (as the owner of Luke’s Diner dressed in the series), as well as funds to supply free coffee from 7 a.m. to noon. T-shirts and branded aprons were also supplied to sell.

Though the lead actors in the series (Alexis Bledel and Lauren Graham) weren’t part of the program, the actor who played Luke, Scott Patterson, made an appearance at a Luke’s Diner pop-up in Beverly Hills. Netflix provided the shops with tips and guidelines on how to promote their shop’s event on social media, and as a result of all the organic amplification (including one “leaked” early promotion), “Gilmore Girls” was the No. 3 trending topic on Twitter that day.

On Nov. 25, Netflix is releasing the four-part revival called “Gilmore Girls: A Year in the Life” that checks in with the characters over 90-minute chapters.

Following in the footsteps of its Frank Underwood campaign activation for the “House of Cards” season four premiere, Netflix has created a fully functioning website that looks and feels like a real town website for the fictional village of Stars Hollow, where the series takes place. The coffee shop locations were promoted on the site (though they’re no longer there).

And just in case you needed a firmer understanding of the cult fan base that swoons for “Gilmore Girls,” a Gilmore Girls Fan Fest event is coming to the town of Washington, CT, which the fictional Stars Hollow was modeled after, Oct. 21-23. The sold-out event, not affiliated with Netflix or WB (which aired the series originally) will feature a recreated town and appearances by the stars of the show, including a cast panel at the Town Hall.

• Netflix Disrupts a Primary Debate with ‘House of Cards’ Activation