Among CPG brands capitalizing on strategic gaming partnerships is General Mills, whose most notable gaming-centric brand Totino’s sponsors two 100 Thieves esports teams. The brand has established an internal team dedicated to gaming partnerships and identifying opportunities across its portfolio of brands, in addition to Totino’s, like Reese’s Puffs and Chex Mix. For Brad Hiranaga, chief brand officer, North America, at General Mills, community, culture and creativity drive the most successful gaming sponsorships. He’ll delve into the brand’s strategy during his keynote at the Esports Business Summit in Las Vegas. Here, he offers five insights to consider when creating authentic experiences and marketing opportunities to engage gamers.

Have you checked out the full program for the Esports Business Summit? All the action takes place Sept. 10-12 at the MGM Grand in Las Vegas. 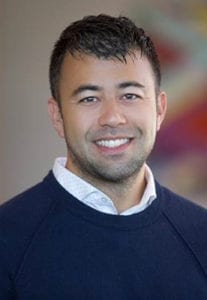 In-game advertisements are out, according to Hiranaga. “The goal within this space is to be additive,” he says. “If there are ways to give gamers extra things that make a game they’re playing or watching more exciting, more fun, more entertaining, then that’s the marketing we’ll do, versus, ‘I want to get my ad in front of these people’s eyes.’ That doesn’t work.”

An example of this strategy is the Reese’s Puffs collaboration with NBA 2K, which allows players to unlock in-game virtual currency by entering codes that are found in Reese’s Puffs cereal boxes. The currency can then be used to upgrade and customize a player’s team. And then there’s Chex Mix, which recently saw an opportunity to resurface a 1996 Chex video game. The revamped “Chex Quest” game has become popular with PC gamers and capitalizes on the nostalgia surrounding the original version. Chex even released an eight-minute video about “The Official History of Chex Quest.”

The Fortnite World Cup’s impressive viewership numbers, with 2.3 million fans watching the solo final competition across YouTube and Twitch, showed the world just how many fans participated in the event without physically being there.

On the day of the Super Bowl, Twitch’s biggest streaming day of the year, Totino’s partnered with the streaming platform on a “Bucking Couch” experience. The brand invited four of Twitch’s top 10 gamers to play games and challenge each other while seated on a rodeo-style couch. A chatroom, set up just for Twitch fans, controlled what happened on the couch through voting. Fans made the couch spin, do a wave, and were even able to buck a gamer off of it. Engagement numbers went through the roof, Hiranaga says, and the experience produced four hours of content streamed before the Super Bowl.

“It was an important day for us to be there, because we wanted people to go out and think about Totino’s before watching the big game that afternoon,” he says. “It pulled in a bunch of new consumers who hadn’t seen the brand before, it built relationships with really popular gamers, and it created an experience for gamers who love those streamers.”

An important part of engaging gaming and esports audiences is listening to the community and understanding what they want to see and experience. Popular streamers, who essentially serve as influencers within the space, can help marketers do that.

“On Twitch now we’re going to the streamers and saying, ‘How should we build our brand with your audience? We don’t want to interrupt your gameplay but we also want to market, so how do we do that?’ And they co-create those things with us, which is a much more effective way of getting messages across to people,” Hiranaga says.

He recommends having regular conversations with gaming and esports personalities in order to tap into the culture and remain relevant. “There’s a lot of co-learning and collaboration that can happen between the esports communities and between brands,” he says.

Hiranaga advises that brands think about establishing a long-term presence in the industry rather than coming and going. Loyalty and commitment are important with this audience and brands will be rewarded for sticking around.

“The more that we stay committed in the space to adding value to the gamer experience, it’s paying dividends for us, versus coming in and out of it,” he says. “There’s a commitment to it that gaming fans really appreciate. We think it’s important for us, for our long-term growth, to stay involved with it.”

As esports moves further into the mainstream, it continues to intersect with different aspects of culture, from fashion to entertainment to traditional sports ecosystems. And gaming, generally, is simply how younger generations spend their time these days. In fact, gaming has different influencers and content creators as well as musical acts, such as Marshmello, which are holding concerts within the games themselves.

“There’s a [Pew Research] stat that says 90 percent of Gen Z are playing some type of game, so it’s a space as a marketer you can’t really ignore,” Hiranaga says. “For brands involved in culture, if you’re not focused on gaming as part of the epicenter of that ecosystem, it’s really difficult to build your brand in a meaningful way.”