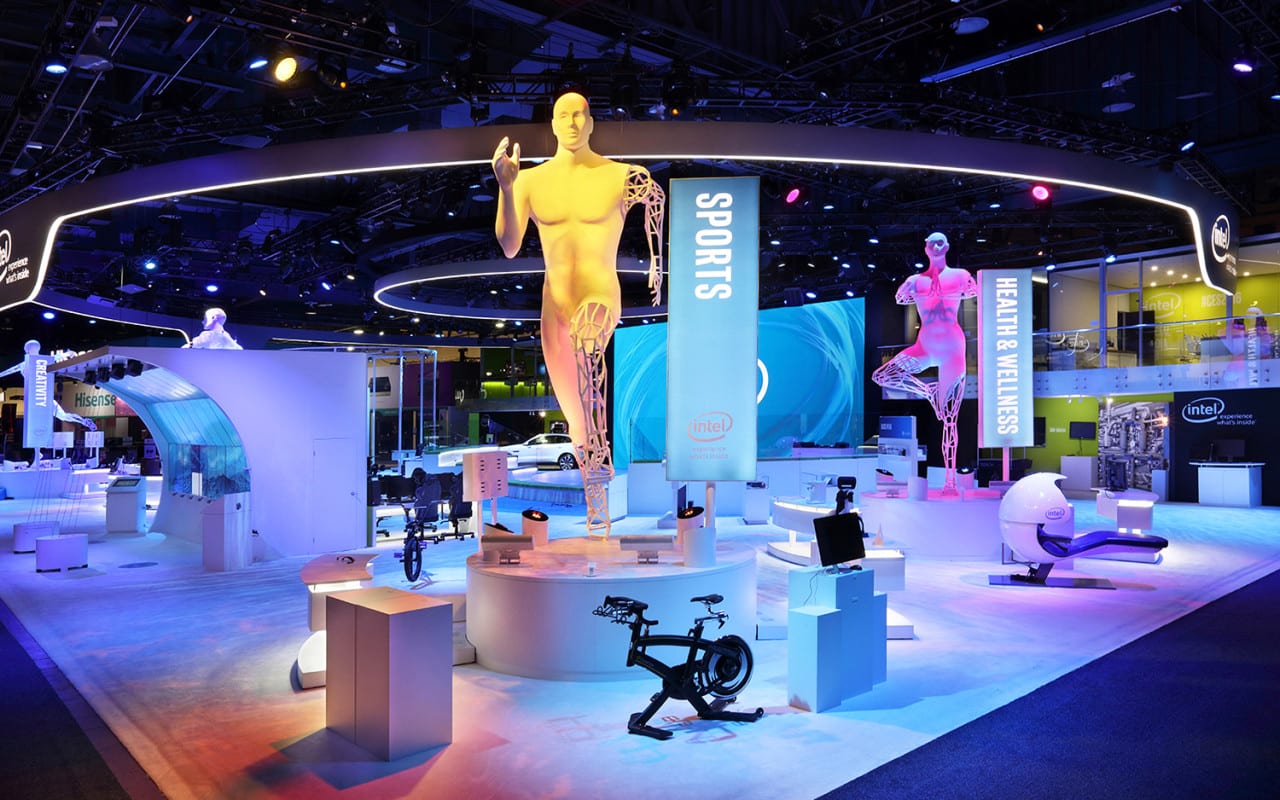 Intel’s Keynote Comes to Life in its CES 2016 Booth

Intel’s booth, and its futuristic trees, may have been one of the showstoppers at the Consumer Electronics Show last year, but that didn’t stop the technology company from going back to the drawing board to bring something entirely new to show goers at this year’s show, Jan. 6-9 at the Las Vegas Convention Center. The reimagined footprint represented a more keynote-centric experience design strategy for the brand.

“With our ceo [Brian Krzanich] holding the pre-show opening keynote, we wanted to have an integrated presence where the exhibit and the experiences mirrored the live demos in the keynote, and so this was absolutely an extension of the keynote, which was really a first for us,” says Victor Torregroza, brand experiences program manager at Intel. 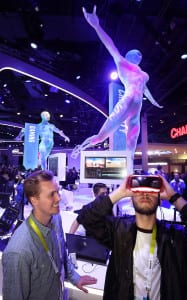 The central design element was a set of human figures, two males and two females, made of foam material cast and molded into poses that brought to life four zones and markets the brand is influencing via its technology offerings: Creativity, Health & Wellness, Sports and Gaming. Specifically, in these areas, Intel’s Curie chips will be used to track measurements and other data in sports and fitness devices, from snowboards and BMX bikes to other sports instruments, as described in the keynote.

There weren’t just static figures, however. Within the Gaming booth, visitors could step up to a monitor powered by an Intel 6th Gen Core processor with a RealSense depth camera embedded within, position their face against a map and, in a few seconds, the image of their face would appear on the face of the Gaming figure, live. In the keynote, Krzanich discussed the future with drones and so inside the booth, Intel incorporated a 22-foot diameter drones cage. The drones were flown live using Intel’s RealSense as a staffer described the technology. “We wanted to make sure it was unexpected, yet purposeful and brought-to-life by our technology,” Torregroza says of the interactive elements.

Intel also offered a Spotlight Theater stage that mimicked the live demos and performances featured in the keynote. The performances onstage were all tied to an Intel tech innovation and the four themes of the booth. Professional ballerina Paige Fraser, for instance, highlighted the RealSense cameras, her movements affecting visuals that displayed behind her on a screen. Other spotlights included performers running and jumping as biometrics data collected via Intel’s Curie chip technology was displayed on-screen. Belgian artist Noa Neal debuted a new song in a performance filmed and stitched together in a 360-degree video by film director Christopher Coppola and then published and promoted on social media.

Known for strategic staffing engagements, Intel this year took a page from the hospitality industry, increasing its staffing and having them form a virtual and physical staffing “moat” around the perimeter of the booth. Their job—to greet and qualify people coming into the booth and direct them to, or immerse them in tech or products they were interested in.

“Our belief is that today, consumers are choosing experiences over products—they can go see products in retail, they can do all of the research, they look at reviews, they ask influencers about preferred products,” Torregroza says. “When they come to our booth at CES, we want to provide those rich experiences that people come to expect, so we designed a beautiful environment where they could interact with products and talk one-on-one with our employees.”