Inside the Global Experiential Campaign for Amazon's 'Without Remorse' 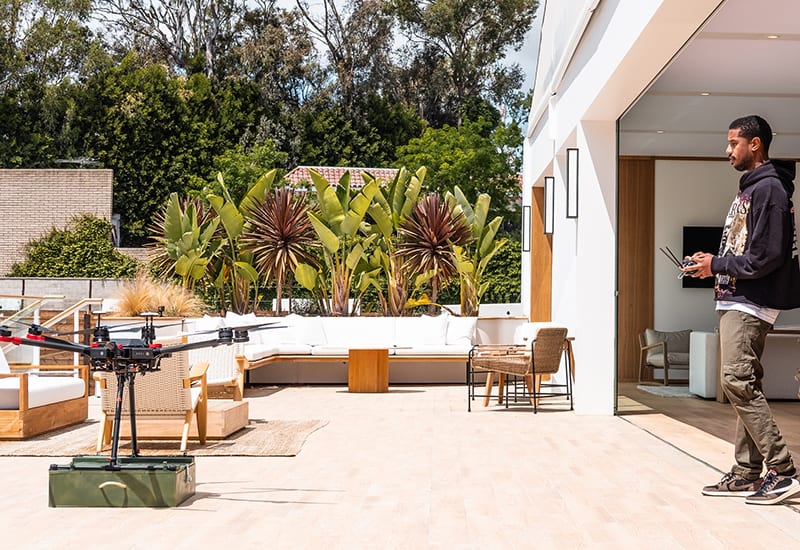 Drone Drops, Diversity and Dimension: Inside the Global Launch of Amazon’s ‘Without Remorse’ 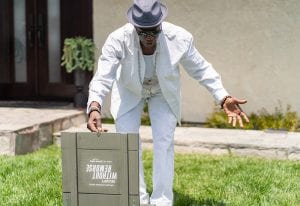 Drone gift drops to influencers, vets and celebrities like Wesley Snipes, pictured, were part of a worldwide coordinated effort.

How Amazon unleashed a multi-platform campaign built for diverse audiences

Leave it to Amazon Prime Video to execute an experiential marketing campaign as gripping as the action-packed film it was built to promote. Ahead of the debut of its original military thriller “Tom Clancy’s Without Remorse,” the brand launched a multidimensional global marketing program aimed at young, diverse consumers that encompassed drone drops in 10 different countries, physical and virtual screenings, a Twitch “raid” and partner integrations that ultimately contributed to the film’s ranking as the most-streamed movie of its launch weekend (April 30-May 2). To bring the activations from concept to reality, participation from several branches of the Amazon ecosystem, including Alexa, Amazon Fresh, Twitch and Audible Live, was required.

In an effort to appeal to a new, more diverse generation of action-movie fans, Prime Video leaned on its cast—including star Michael B. Jordan, who serves as the first Black action hero in a Clancy film—and a variety of platforms to deliver a campaign that resonated. Targeting the Black, gaming, military and veteran communities, the brand wove multiple themes from “Without Remorse” into its vast array of programming to connect with those audiences. A strong veteran giveback component, for instance, reflected not only the film’s plot about a Navy SEAL who uncovers an international conspiracy, but also Jordan’s emotional connection to vets, having worked closely with a retired Marine to prepare for his role.

“It was important for Amazon Prime Video to know, connect with and expand our audience to touch all the key groups the film spoke to,” says Jennifer Verdick, head of partnerships and consumer events at Amazon Prime Video and Amazon Studios. “We knew when we first acquired the film that we wanted to create a broadly-appealing campaign to reach the widest possible audience. And while the Tom Clancy universe is so well known, we took an approach that allowed us to introduce a new character to an entirely new audience, given the fact this is the first time a Black actor is portraying John Kelly/Clark.”

Among the campaign’s many touchpoints, the most extraordinary—and complex—aspect was the worldwide drone activation delivered in collaboration with Fooji and Dronegear. The endeavor entailed nearly 100 gift “drops” to Jordan’s inner circle, celebrities, influencers and veterans (among them: Wesley Snipes, Pete Wentz, T-Pain, Fedez and Lori Harvey) across 10 countries and 12 markets around the globe. The gifts were hand-picked for each recipient and included “Without Remorse”–themed partner products, like personalized jackets and totes designed by DrX. Romanelli, custom PlayStation 5 (PS5) controllers, Dinner and A Movie meal kits from Omaha Steaks, tactical gear from 5.11, and the list goes on. To get fans in on the action on the day of the film premiere, Prime Video also surprised three attendees of its Twitter watch party with drone drops of their own (more on that event in a moment).

To coordinate the activation, Prime Video had to treat each drone drop as its own individual production, requiring the brand to pre-arrange drops in order to follow legal and safety guidelines for each region. Every element demanded “tremendous collaboration in order to coordinate the minute details required for a smooth and impactful stunt,” says Verdick. In territories where air drones were not permitted by law, for example, ground drones were used instead, requiring separate crews and permits. And as if that weren’t enough to juggle, COVID regulations also had to be followed to ensure a safe experience.

See the Drone Drops in Action: 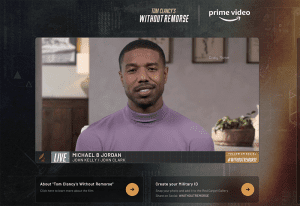 ‘Without Remorse’ star Michael B. Jordan and other cast members attended a virtual premiere event and escape room experience in April.

An array of film screenings and watch parties were also part of the mix. A virtual premiere event hosted on April 29 by Prime Video was attended by more than 1,000 VIPs from 13 countries spanning celebrities, influencers, military groups (the Air Force and the Pentagon), filmmakers, cast and crew. Attendees were treated to an advanced screening of the film, with an introduction from director Stefano Sollima, in addition to a delivery box with items hand-selected from local businesses, like movie snacks and drinks. The screening was followed by a virtual escape room activation. The 10-minute interactive experience featured a recorded message from Jordan explaining the “mission” participants were about to embark on, which replicated a scenario from the film. Immediately afterward, guests attended the virtual after-party, where stars like Jodie Turner-Smith participated in movie trivia.

Another standout was a Twitch activation and watch party held on April 30. To engage the gaming community, Jordan made an appearance on Twitch alongside mega-streamer Swagg, one of the most recognized Black content creators on the platform. During the livestream, Jordan interacted with fans in the chat, dished out prizes and answered questions about the film. Afterward, Jordan and Swagg “raided” Black Marine Corps veteran WatchToweR’s stream, as a nod to the military aspects of “Without Remorse.” (Twitch raids allow streamers to boost other live channels by sending their audience to tune into another stream.) Once the raid was complete, Jordan spoke with WatchToweR before the up-and-coming streamer kicked off a watch party for the film’s debut. 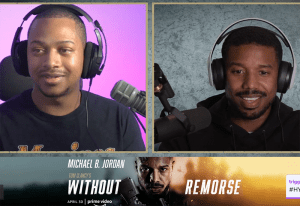 Jordan raided Marine Corps veteran WatchToweR’s Twitch stream as a nod to the military aspects of the film.

Other viewing events, all featuring special recorded introductions from Jordan, included advanced screenings for more than 950 HBCU students on April 28; 50 free in-theater screenings across the U.S. on April 29 at venues in predominantly Black communities; and a Twitter watch party, held April 30, featuring the entire cast and crew, which averaged just under 10,000 mentions per hour. Ahead of the Twitter watch party, Prime Video deployed 2,500 gifts to fans across the country with all the treats they needed to enjoy the virtual screening.

And then there was Amazon Live’s virtual book club on May 3, hosted by Jordan, the film’s screenwriter, Will Staples, and authors Marlon James and Mark Greany. The live simul-stream on Amazon Live and Audible Live included a discussion on the themes in select novels, including “Without Remorse,” and allowed fans to join the conversation through a live chat feature. 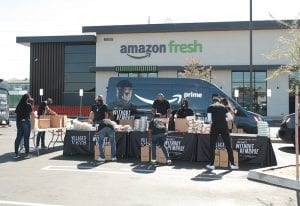 Prime Video worked with Amazon Fresh stores in L.A. to deliver fresh groceries and household essentials to veterans via Village for Vets.

Yet another key element of the campaign was a grocery delivery program for veterans fueled by Amazon Fresh. On April 29, Prime Video worked with Amazon Fresh stores in L.A. to deliver fresh groceries and household essentials via Village for Vets, an organization that provides meals and social support for veterans and their families in need across Los Angeles. Working with Amazon’s Military Affairs team and Amazon Logistics, the groups coordinated the deliveries through veteran-owned Delivery Service Partners. To boot, custom Prime vans bearing the tagline “Heroes Always Deliver” were in-market in L.A. throughout Military Appreciation Month (May).

Verdick says Prime Video also worked with a variety of brands “based on their thematic relevance to the film, as well as their passionate and dedicated audiences.” Partners including Barry’s Bootcamp, 5.11 Tactical, Omaha Steaks, Scotch Porter and the Heart and Armor Foundation helped market the film through various promotions and experiences. Among them: a gaming influencer initiative in which Prime Video matched 10 big-name gamers with 10 military families from the Heart and Armor Foundation. Each influencer received a custom-skinned “Without Remorse” PS5 controller and the opportunity to gift a PS5 console to a military family as a thank-you for their service.

“The need for making our global launches feel big and special is more important now than ever before in order to capture the attention of audiences at home,” says Verdick. “It’s crucial for us to recognize all our global Prime Video customers and express our support for them, as well as involve them in the marketing campaigns for content that is important to them. Hence, why we collaborated with Black artists and organizations with military ties, as well as created events that paid special attention to these groups. Audiences have a deeper connection and engagement level with content and stories that are reflective of them as people. It’s important for us to amplify and raise up diverse stories and creators that resonate with our broad global consumers.”