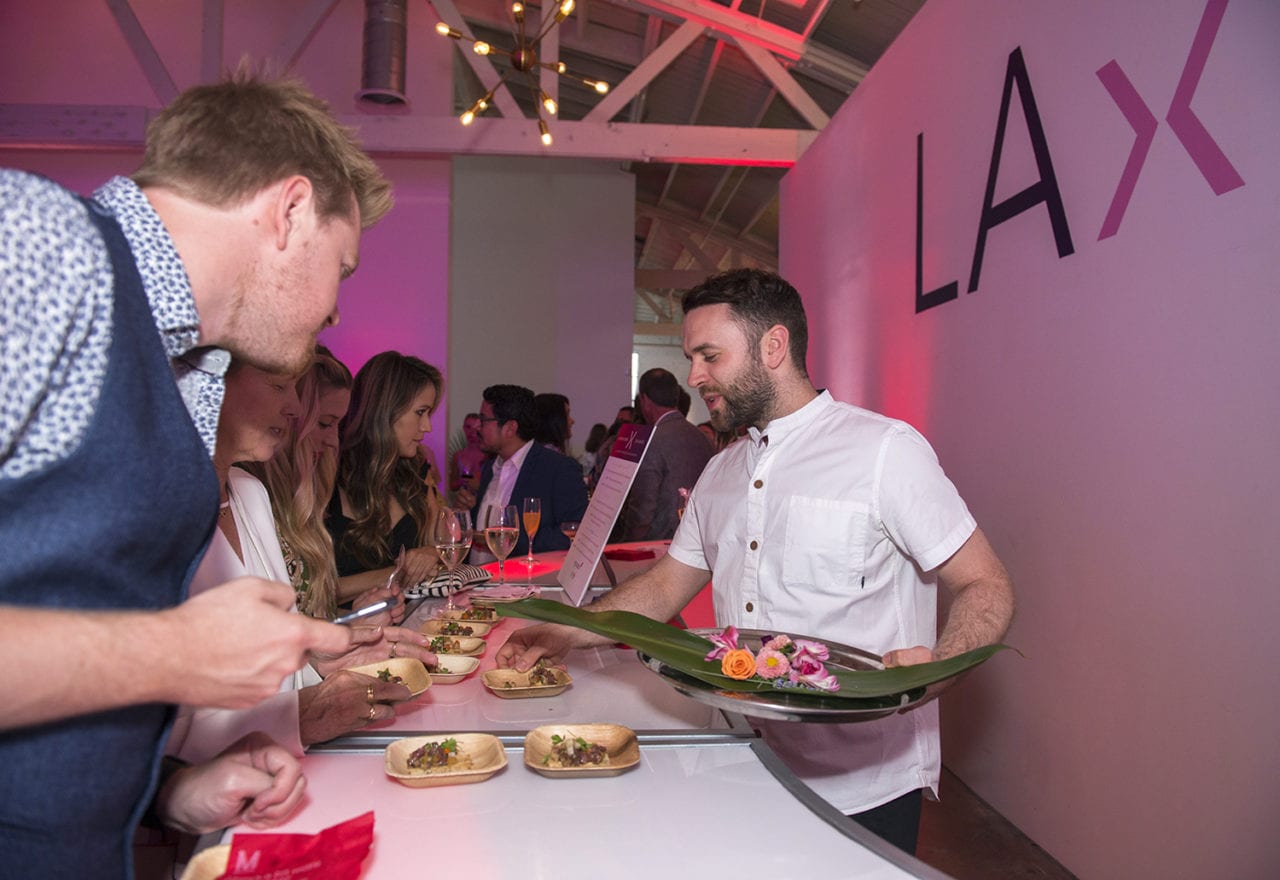 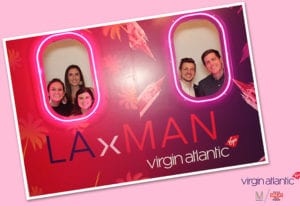 The event featured local influencers in art, music, food and beverage from each city.

Launching a new flight route is a big deal for an airline, and marketing the different reasons why the destinations matter and should be linked is an important part of the process. In launching its new route from Los Angeles to Manchester, England, Virgin Atlantic hosted the LAxMAN influencer event that featured influencers in art, music, food and beverage from each city to activate what makes the destinations unique. The event on Sunrise Street in L.A. on June 20 was topped off by an appearance from Sir Richard Branson himself, founder of Virgin Group. Because it happened to be the 35th anniversary of the birth of Virgin Atlantic as well.

Next up, they noshed on culinary creations by chefs from both sides of the pond, including Donal Skehan of L.A., who whipped up a Thai-style roast sweet potato and cilantro salad and Bulgogi pork tacos with kimchi and gochujang mayo; and Adam Reid of Manchester, who served up “tater’ash” with mushroom catsup on rye and butter poached cod. The two the collaborated on a mashup of culinary styles from each market, like salt baked celeries mash with spiced coconut cream and yellowtail crudo with avocado crema, smoked bacon and horseradish.

While enjoying their drinks and food, attendees could watch a live art show by Mister Toledo, an L.A.-based artist who known for his dynamic murals, and Guy McKinley, a Manchester-based illustrator, concept artist and painter.

For a break from the activity, attendees could step into the beauty of Northern England in a sensorial lounge, complete with faux grass covering all the surfaces, including the lounge furniture, and a projected imagery of the landscape on the wall with sound. They could discover their travel personalities at trip itinerary stations and make a stop at a DIY patch station to give their travel gear some Virgin Atlantic flair and have a monogrammed luggage tag made.

All event attendees received a chance to win two round-trip tickets and three nights’ accommodations to explore the scenery of Manchester, following a nonstop Virgin Atlantic flight, of course.

“When we do route launches, we try to find ways of celebrating what makes both cities great, and the reason for that route and the things that we’re trying to communicate, so for this there is an opportunity to really drive awareness of what makes Manchester this vibrant cultural center and that was the key focus on this event,” says Heather Howells, head of marketing and communications, NORAM, Virgin Atlantic. “Manchester is a hub for technology, innovation and entrepreneurship and we know that there’s a lot opportunity to connect Manchester businesses with L.A. businesses. Additionally, it’s just a rich destination for people that are looking for leisure holidays with a great food and music scene.” Agency: Inspira Marketing Group, Norwalk, CT.

For a break from the activity, attendees could step into the beauty of Northern England in a sensorial lounge.