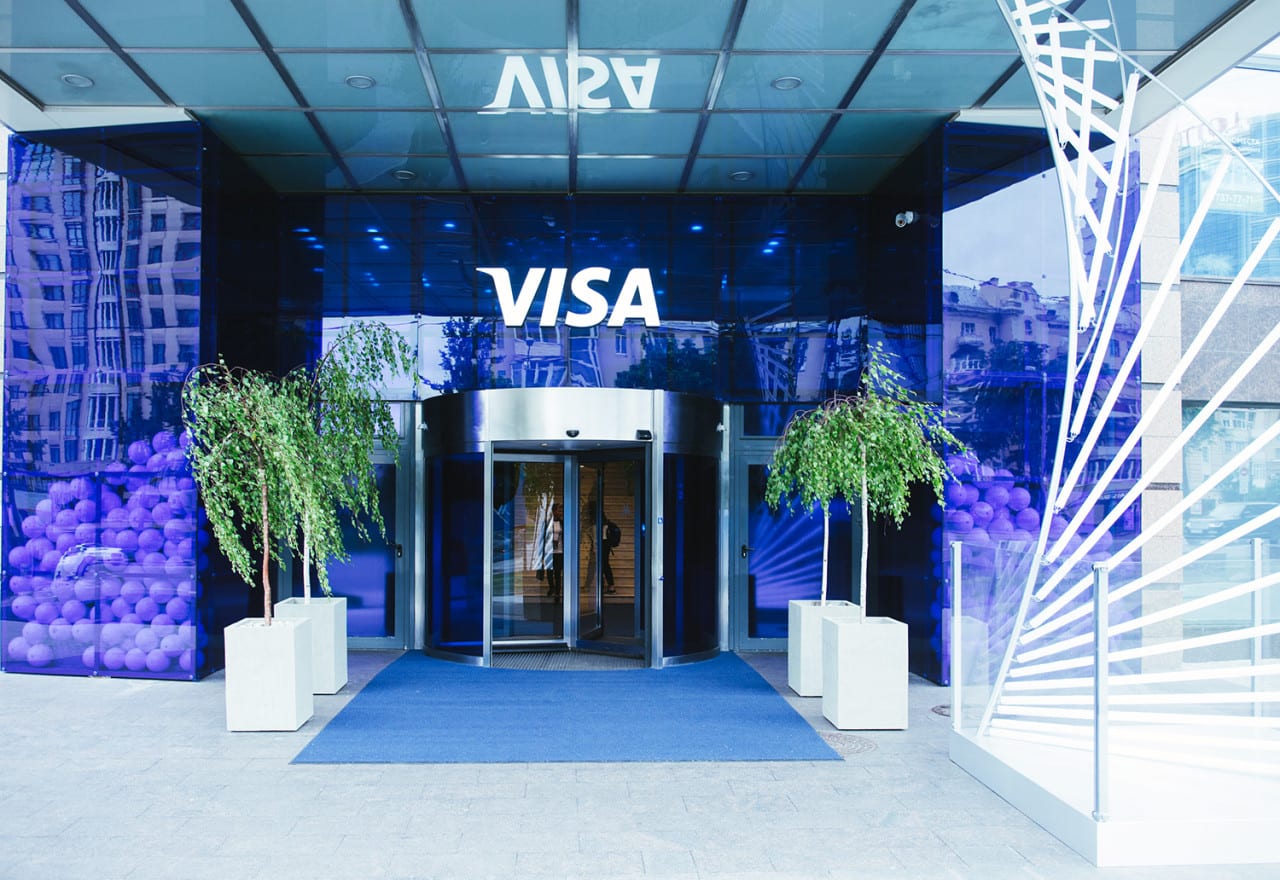 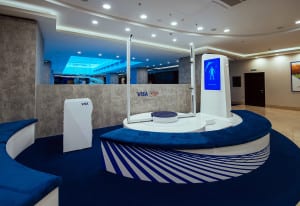 The logistics alone will blow your mind: 64 matches over 32 days in 11 cities and 12 stadiums. Even for an industry veteran like Visa, pulling off FIFA World Cup sponsorship experiences across the world’s largest country—and smaller-scale activations in 100-plus markets around the globe—was no easy feat. But FIFA’s official payment services provider was up to the challenge. The brand marked its third World Cup sponsorship with an extensive Everywhere Lounge hospitality program for 3,000 cardholders, cutting-edge technology, a partnership with renowned “footballer” Zlatan Ibrahimović and in-stadium experiences. The name of the campaign says it all: Ultimate FIFA World Cup FOMO. Here’s the play-by-play.

Sponsorships of this caliber are what drive ROI for Visa, according to Jenny Stahl, the brand’s director of global sponsorship event management. But what made Visa’s World Cup sponsorship special this time around were the pass-through rights (rights that the rights-holder is allowed to transfer to another company) afforded to its clients and merchant partners. The arrangement helped “drive business conversation” and strengthen client relationships, Stahl says.

“From a client activation standpoint, at its foundation, what we can offer our clients is pass-through rights and the right to utilize that FIFA IP, which is something that hardly anybody else can do,” says Stahl. “There’s huge value to that because the majority of businesses can’t afford to have rights to do that… We’ve seen over 100 regions and over 500 partners and clients around the world that we’ve given pass-through rights to participate, which is huge.”

The unmistakable star of Visa’s World Cup sponsorship was its extensive four-day, five-night hospitality program for 3,000 cardholders from over 100 countries. Based on the outcome of the event’s draw (a list of which teams will face each other during the first round of the tournament), the brand chose to concentrate its hospitality efforts in Moscow and St. Petersburg where it activated its Everywhere Lounge experience at Moscow Marriott Hotel Novy Arbat and Four Seasons St. Petersburg. The setup allowed each cardholder to spend two to three nights enjoying lounge activations before, in most cases, traveling to another city to see their favorite team play—all on Visa’s dime.

Before heading to Russia, hospitality guests registered online. Once on-site, they were given a commemorative contactless payment wristband wired with either RFID or NFC technology. The credential was attached to their personal profile, which contained personalized information like the individual’s preferred language and favorite soccer team.

Everywhere Lounge engagements began with a bleeding-edge 3D avatar scan powered by Texel that was sent to participants in video form and designed for social sharing. (“It’s so life-like it’s actually considered personal information,” says Stahl.) Then it was on to a Shooting for the Stars game built by Inition that was experienced with augmented reality headsets. The game was virtually hosted by Ibrahimović, who coached partakers through three goal attempts. Winners were awarded an adidas FIFA World Cup official football. It was a popular engagement for participants and onlookers alike. The coolest part? Those who went through the 3D scan could watch their own avatar participate in the experience. 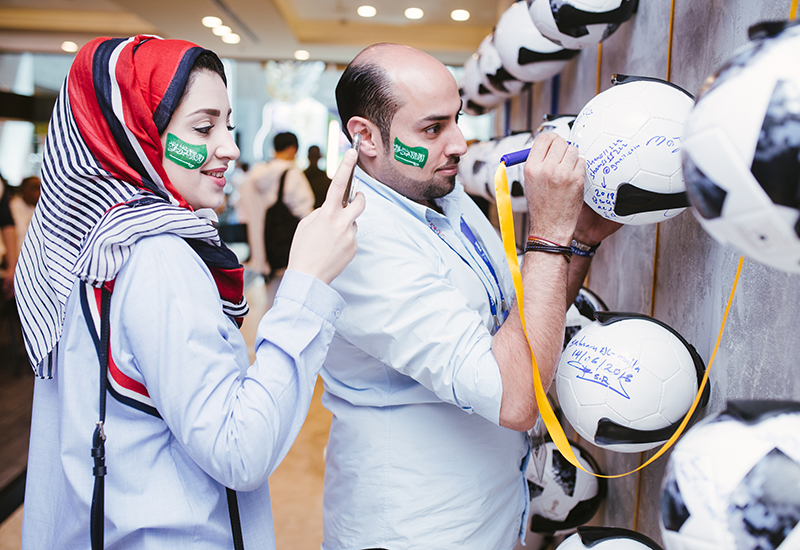 Thirsty attendees could also interact with a self-service beer-dispensing machine featuring two different brews, because what’s a sports sponsorship without a few cold ones? After tapping their wristband on the machine, guests began the “Perfect Pint” experience (developed by Britelite Immersive) in their preferred language. While the beer was being dispensed, which took about 60 seconds, guests learned relevant Visa stats. They were also asked which team they were rooting for in that day’s match. Based on their answers, attendees were presented with their own image featuring an AR overlay that showed them wearing face paint in the team’s colors and ended as they entered the stadium flying the team’s flag. The footage was, of course, emailed to each participant for social sharing. And thanks to their personalized credentials, attendees had a different experience each time they interacted with the machine.

At a separate space within the lounges, cardholders could get a healthy dose of Russian culture through the Matryoshka Girl experience. The activation was staffed daily with two girls donning traditional Russian garb. Attendees could also learn facts about the country and, the most popular aspect, try a new food each day ranging from traditional Russian cuisine to delicacies. Ninety percent of Visa’s hospitality guests came back each day of the trip to taste items like caviar, Russian wine and borsch.

But wait—there’s more. In addition to hosting Ibrahimović on-site for the first week of the tournament, the brand hosted daily pre-match viewing parties inside the lounge. Even locals were allowed to attend the parties, which featured each match on a massive LED screen.

“It’s a full-on throwdown inside of our lounge,” says Stahl. “We have djs, we have hair braiders that are braiding team color ribbons into people’s hair, we have face painters—you name it, we have it. It’s a great way to get people pumped up for the games.” 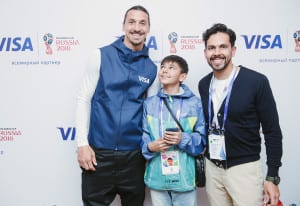 What set Visa apart from other World Cup sponsors this year were three “backstage” experiences for hospitality clients that no other brand had rights to. They included an exclusive stadium tour, a chance to be on the field while both team’s warmed up for the day’s match and a “center circle” experience that allowed attendees to walk right onto the pitch before the game and see themselves broadcast across the stadium’s Jumbotrons.

“These are backstage experiences that nobody else can provide outside of Visa and they really enhance our packages,” says Stahl. “And we certainly utilized those backstage experiences for every single match. People don’t even dream of this, especially if you’re a football fan. We’re not just throwing a party. You’re not just here having fun doing cultural activities. We can get you on the field.”

Another key element of Visa’s in-stadium presence was the debut of its NFC-enabled payment ring to the masses. Anyone attending a match could purchase the wearable—an actual ring used for contactless payments—and make subsequent purchases (food, beverages, memorabilia) by tapping the item at one of 3,500 contactless payment terminals spread throughout the 12 World Cup stadiums. In addition, Visa enabled more than 1,000 separate mobile concession vendors.

“For us, in-stadium concession sales and payments and how quickly people are moving through those lines are very, very important,” says Stahl. “We don’t want anyone to miss a second of that game.”

Rounding out Visa’s sponsorship was the Visa Now app, which the brand encouraged consumers to download ahead of the World Cup. Included in the app were sponsorship-specific features and activations, along with a personal itinerary and key information attendees needed to know before traveling. The app worked in eight different languages.

All in all, Visa designed its sponsorship to reach cardholders and non-cardholders alike in Russia and across the globe to expand World Cup fever and show countless soccer fanatics how its technology can enhance the fan experience.

“Building hospitality programs really drives our business,” says Stahl. “Our sponsorships provide a place for us to test new innovations, but there’s multiple things going on outside of hospitality. So in addition to the 3,000 consumers we bring in from around the world on the hospitality program, there’s also a huge effort that happens for consumers in-stadium that aren’t necessarily on our hospitality program. So we came at it from a bunch of different ways.” Agencies: Shiraz Creative, New York City (lounge design and production); GMR Marketing, New Berlin, WI (global event operations).