Inside the 'Pantone Pantry' by Tribute Portfolio at Art Basel 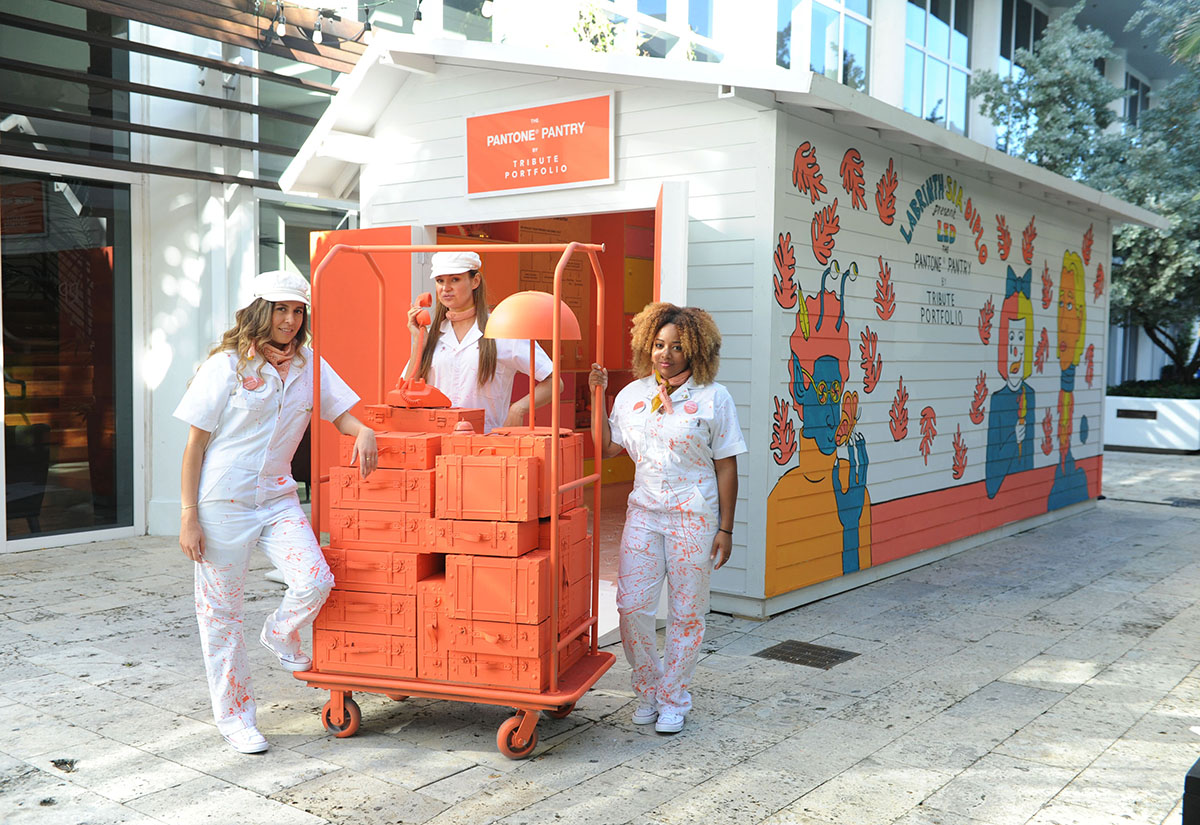 In The Pantone Pantry by Tribute at Art Basel, Consumers Explore the Color of the Year

Art Basel Miami Beach is known for celebrity attendees and a menu of invite-only, brand-sponsored soirees. Marriott’s Tribute Portfolio brands and partner Pantone created a decidedly consumer-friendly experience as together they revealed Pantone’s Color of the Year, Living Coral, during the festival with a pop-up Instagram museum-style installation called The Pantone Pantry by Tribute Portfolio.

“We wanted to create this space that felt very inclusive during Art Basel, and that felt very familial and rooted in hospitality, which is why it had this spin on an unexpected hotel experience with the programming inside,” says Amanda Nichols, global brand director for Tribute Portfolio at Marriott International.

Located at Tribute’s Royal Palm South Beach Miami property, and open Dec. 6-7, the experience featured monochrome, multisensory moments that played on the Living Coral color. Arrows with calls to action like “Stay with Character” and “This Way” guided consumers into the property and toward the experience, where they were greeted by bellhop women behind a custom-built luggage cart check-in desk coated entirely in Living Coral.

Inside the 10-foot by 20-foot installation, they explored a “cabinet of curiosities”—20 cabinets, drawers and artful moments staged throughout the pantry. One drawer revealed reams of glittery confetti. Another revealed hotel amenities and Pantone palette-colored rubber duckies and toothbrushes. Other drawers revealed branded information about the different Tribute Portfolio properties, like one for The Inn at Rancho Sante Fe completed with Southwest-style tiling. They were then invited to learn more about their “color personalities” by taking a personality test that revealed which Tribute Portfolio hotel they identify with most. 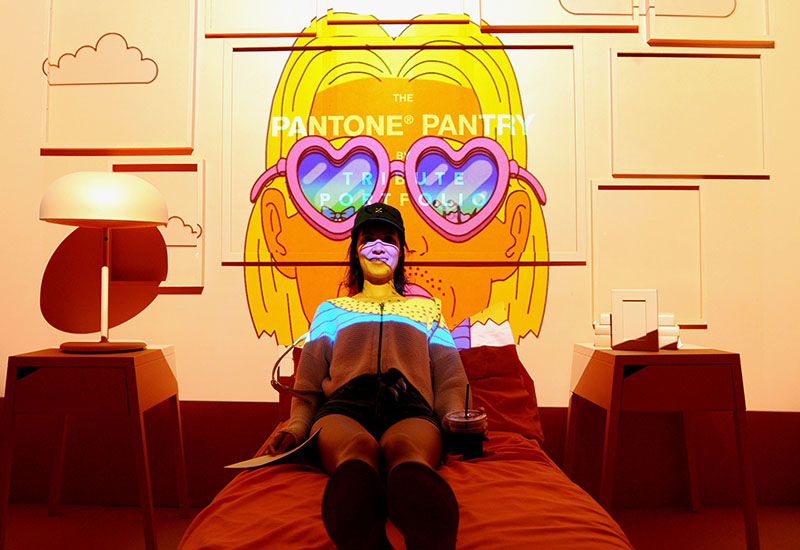 If they looked hard enough, they’d uncover a secret entryway concealed by an optical illusion luggage wall graphic wrap featuring 2D and 3D elements—inside was a Tribute guest room-inspired space, complete with a bed, nightstands and wall décor painted in Living Coral. The brands partnered with LSD, the supergroup comprised of British musician Labrinth, Australian singer Sia and American music producer Diplo, as well as pop art illustrator Gabriel Alcala, on custom illustrated digital art that projected onto the space behind the bed.

Before leaving, they received a lapel pin with The Pantone Pantry by Tribute Portfolio branding and a coloring book postcard featuring the same mural artwork on the exterior of the pantry structure—illustrations of Labrinth, Sia and Diplo—to color in before sending the postcards off to friends and family.

The program marked the first-time Pantone has leveraged an experiential moment to reveal the Color of the Year. The program kicked off with a preview event for influencers where a live audience looked on as the pantry doors opened to reveal Living Coral and the associated Shimmering Sunset palette. The partnership between the brands began before Living Coral had been selected. Once Pantone landed on its Color of the Year, Tribute identified its Miami Beach property as a synergistic player in the reveal—and Art Basel happened to be taking place in-step with the Living Coral launch.

For Tribute Portfolio, the experience was a means to go to market and introduce consumers to its family of 29 independent hotels following the Starwood and Marriott merger. Tribute properties have a “deep sense of character” and the messaging around them are driven by storytelling, says Nichols.

“We are a colorful, personable brand and we want to inspire through travel, through great hotel design, and finding a partner like Pantone where inspiration is core to its brand DNA. It was a match made in heaven,” she says. Agency: BMF, New York City.

Step Inside the Pantone Pantry: