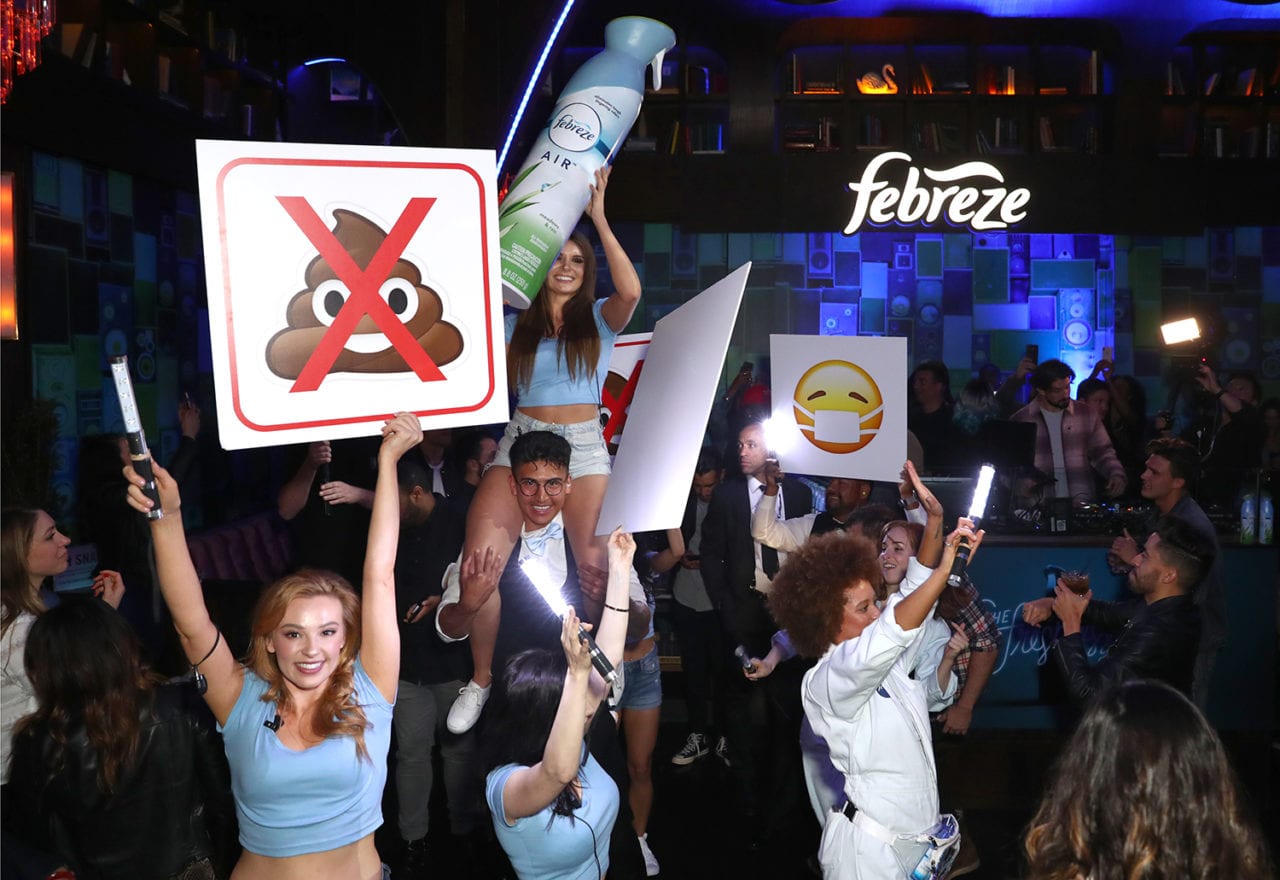 If you’ve ever heard a brand jingle and thought it was a real song, this campaign was for you. Following four years of producing catchy music ads for radio audiences, Febreze, on the insistence of its social media fans, created its own album. The result was the aptly name “The Freshness,” a compilation of eight songs, including the “smash single” and 90-second opening track, “Nobody Do It Fresher.” (Sing it with us: “Been all around the world and nobody do it fresher/They all seem to try but nobody do it better.”) To celebrate the album’s release, Febreze on April 3 hosted a launch event, inviting influencers and fans to catch performances by some of the “freshest” acts in hip-hop, witness a Febreze “bottle parade” and uncover Easter eggs.

The event, held at Poppy in West Hollywood, was attended by Febreze’s VIP fans, sweepstakes winners, media, celebrities and tastemakers, including five social influencers known for their comedy skills, who created music videos for “The Freshness” when it dropped, and voluntarily chose to attend—and post from—the launch event. The evening’s entertainment was provided by the likes of singer-songwriter Justine Skye and djs Pedro Sampaio and Devin Lucien, all up-and-coming acts that helped underscore the activation’s “fresh” motif.

In addition to live performances, attendees were treated to a “bottle parade,” as the new single, “Nobody Do It Fresher,” was introduced. The spectacle involved a venue waitress holding a larger-than-life Febreze spray can over her head as she sat atop a bartender’s shoulders. The parade also included brand ambassadors equipped with sparklers and humorous emoji signs related to odor elimination (think: the poo emoji with a big, red “X” through it). Instagrammable? You bet.

Rock out to Febreze’s ‘Smash Single’:


Easter eggs hidden in artwork throughout the space also kept attendees engaged. From framed photos to traditional oil paintings hung throughout the venue, each piece of artwork incorporated a Febreze product in a playful way, prompting attendees to do double-takes throughout the evening. Other experience design elements included “fresh” messaging and decals throughout the ladies’ room, a plant wall featuring album cover graphics and a back-bar area covered with freshly cut oranges that permeated the space with a light, citrusy scent.

“It’s really about the consumer at the end of the day,” says Mandy Ciccarella, communications manager-brand building at Procter & Gamble. “Our consumers are the inherent reason that we created the album in the first place—it’s something that they wanted, and we wanted to answer that demand. If it wasn’t for them, we really wouldn’t have gotten this initiative off the ground. So, it made sense to us to throw this event as a way to celebrate for them and for the brand as we launched the album.” Agency: Narrative, Los Angeles.