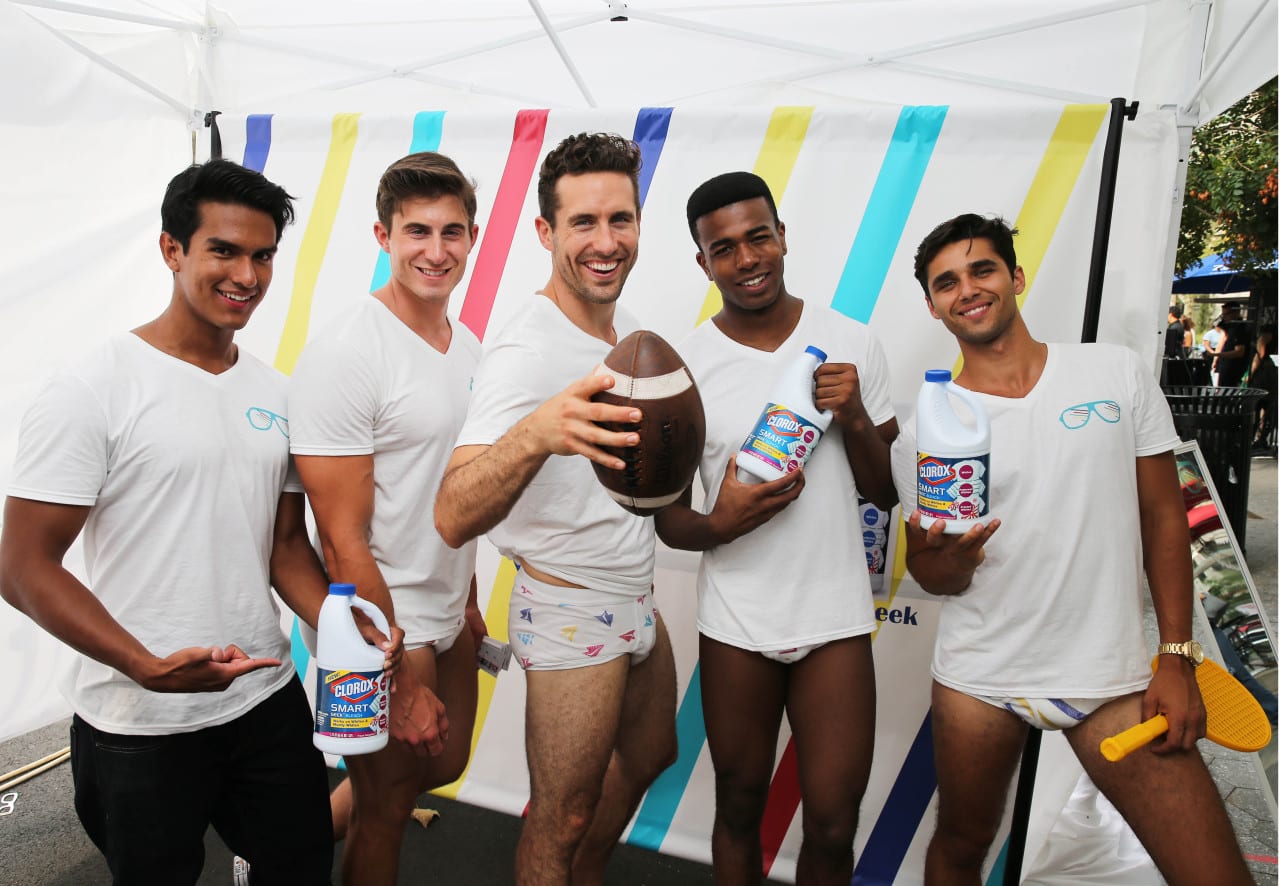 Clorox on Saturday, Sept. 6, filled a tent outside of New York City’s Lincoln Center, the site of Mercedes-Benz Fashion Week, with branded videos, an interactive photo booth and comely male models clad in briefs. The idea was to educate consumers on its newest product—Clorox Smart Seek Bleach, which can be used to launder white and “mostly white” clothes together in the same wash load—and to have some good, clean fun while doing it.

The campaign began with a faux collaboration with a fictional designer of men’s underwear whose name, Cloey De La Rox, is a play on the brand. After launching De La Rox’s new line of “tighty whities” via 10 Vine videos, Saturday’s activation brought the campaign to life as consumers posed with the models-in-underwear and created runway videos. Those who shared their video on social media or tweeted their favorite pattern using #SmartSeekNYFW #Sweeps were entered to win tickets to the real fashion shows. Attendees also received coupons for Smart Seek Bleach and plain white t-shirts along with iron-ons for creating their own graphic designs.

“We wanted to come to Fashion Week but put our own Clorox spin in it,” says Rita Gorenberg, p.r. social manager at The Clorox Company. “This puts people inside this whole Cloey De La Rox world and these ‘Smart Seekable’ patterns.”