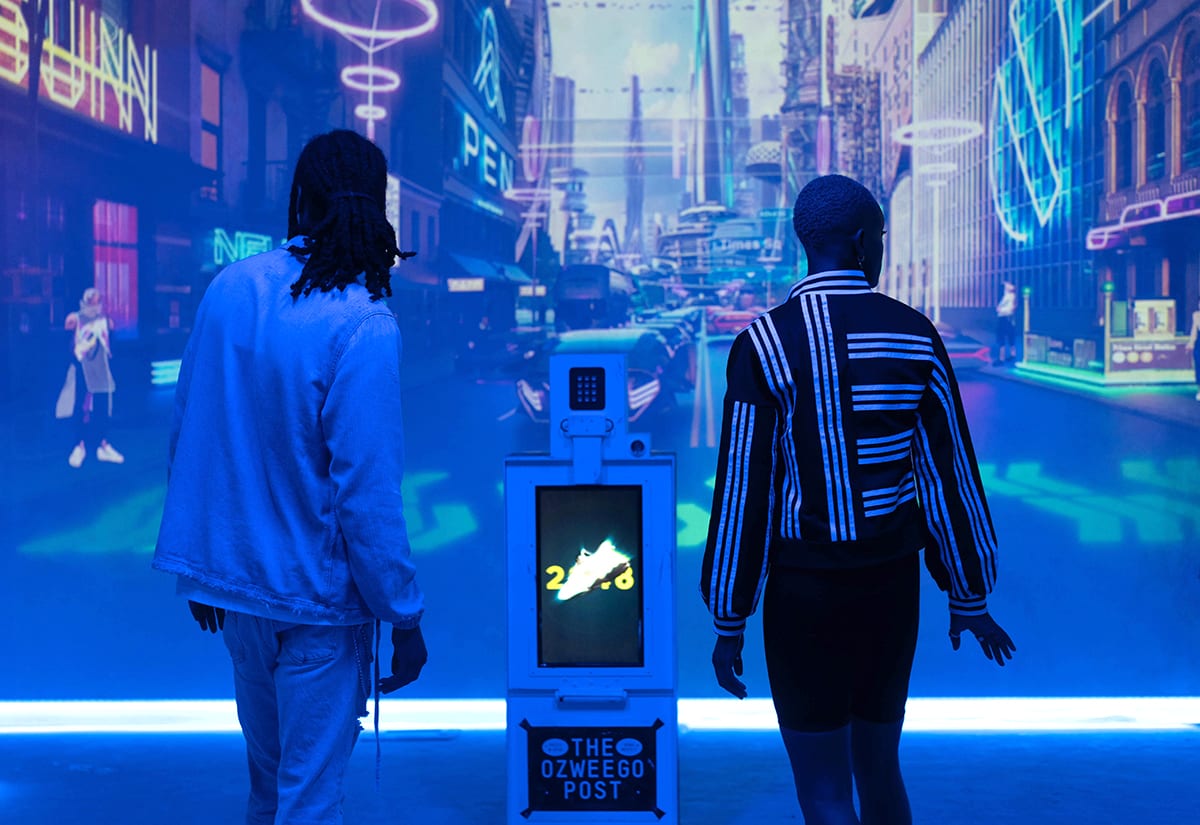 adidas Originals Sends Sneakerheads to Year 2048 Through a ‘Bodega Portal’

Sneaker drops and other hype events leverage tactics like exclusive giveaways and sneak peeks to get media and consumers buzzing. But adidas on Aug. 8 went in a different direction: into the future. To prove to consumers that its styles have always been ahead of their time, the brand created a futuristic bodega pop-up in New York City that transported media, influencers and consumers to the year 2048. In addition to getting a glimpse at what the world would be like in 30 years, the brand mused on what fashion innovation might look like, too, all while dropping new styles for the adidas Originals Ozweego line of sneakers.

For the pop-up, adidas Originals built a faux bodega storefront in a space on the Lower East Side and manned it with a store clerk dressed in casual garb who chatted with attendees in character. After engaging with him, attendees were invited to open the door to the “fridge” next to the counter which was stocked with beverage cans behind glass. To their surprise, the door unlocked an adidas Originals “portal into the future.” Stepping through the door into the dimly lit space, attendees were greeted by what appeared to be that same store clerk—but dressed for the future with a long white tunic and face mask.

Attendees were invited to check out a lone newsstand in the space with an LED face and buttons. By inputting a secret code (the year 2048), the newsstand screen displayed a countdown and then, suddenly, sounds and visual projections of the future on the walls lit up the room. The newsstand then unlocked and attendees could open it to grab a newspaper titled “Ozweego 2048,” which contained articles explaining how teens of “this time” (2048) were “throwing it back” to the styles of the ’10s and ’20s (2010 and 2020, that is). The idea: to emphasize how adidas Ozweego sneakers, originally released in the 1990s (and updated with fresh looks in 2019), were ahead of their time. See what they did there? Agency: Jam3.