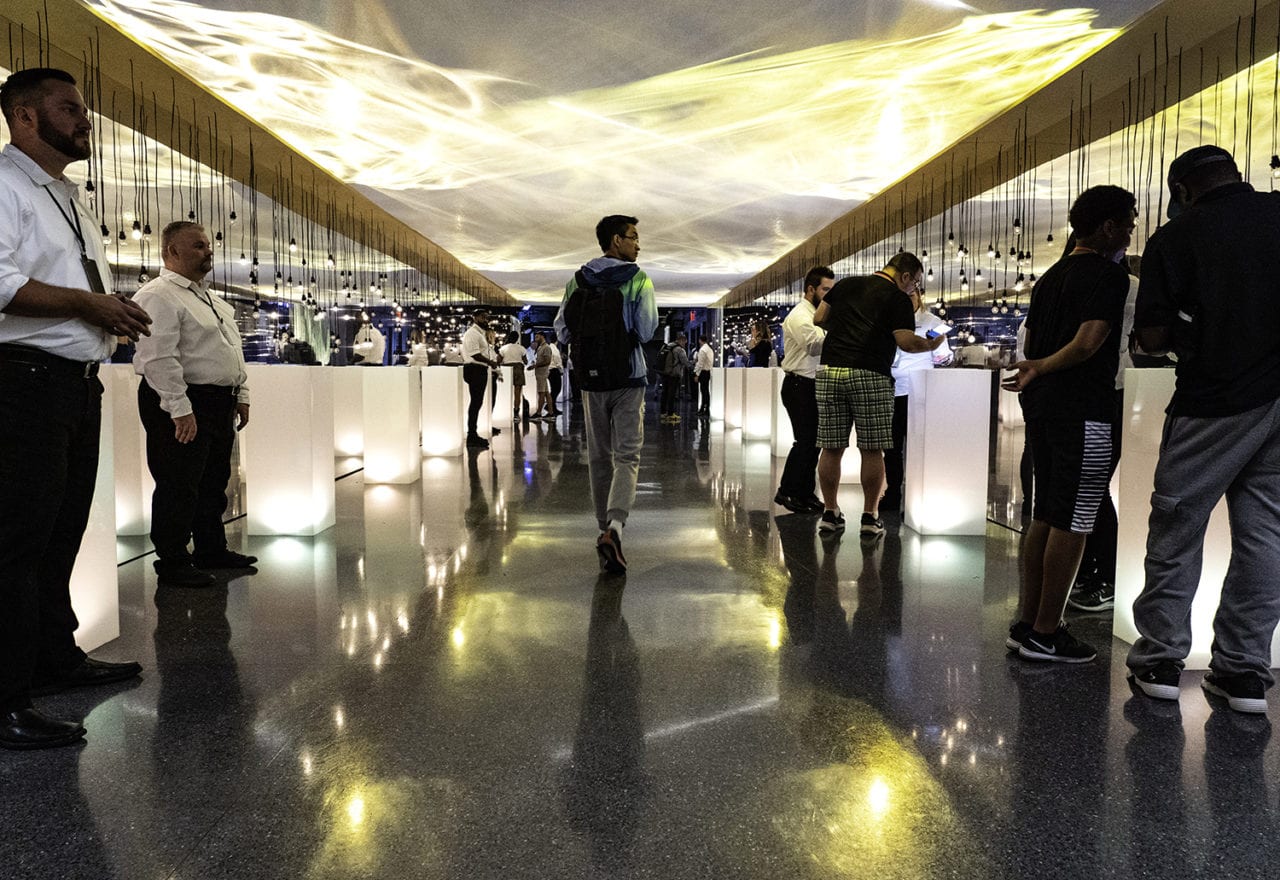 Samsung Unpacked, the brand’s biannual product launch event, unveiled the company’s Galaxy Note10 and Note10+ line of premium smartphones, an updated S Pen, the Galaxy Watch Active2 and Galaxy Book S devices to an audience of more than 2,800 media, influencers and techies—along with 2.29 million livestreamers—at Brooklyn’s Barclays Center in New York City Aug. 7. The event follows the brand’s first Unpacked earlier this year in San Francisco, which was chock-full of reveals and had approximately 550 Samsung Galaxy products on display.

The event’s design theme was “Journey of Light,” which stemmed from one of the trademarked colors of the Galaxy Note10 series called “Aura Glow.” The color, which produces a luminescence that reflects all colors of the spectrum, was visible throughout the attendee journey.

That journey began with check-in inside the venue’s atrium, which featured an installation of hundreds of flowing elements overhead. Next, a tunnel entryway lined with mirrors, inspired by the design of Samsung’s new flagship stores, led attendees to the arena, which revealed two arches measuring 142 feet by 84 feet, nearly 4,000 square feet of which was LED. The arched screens were meant to create a “cathedral effect” and inspire “togetherness.”

TAKE THE ‘JOURNEY’ AT SAMSUNG UNPACKED: