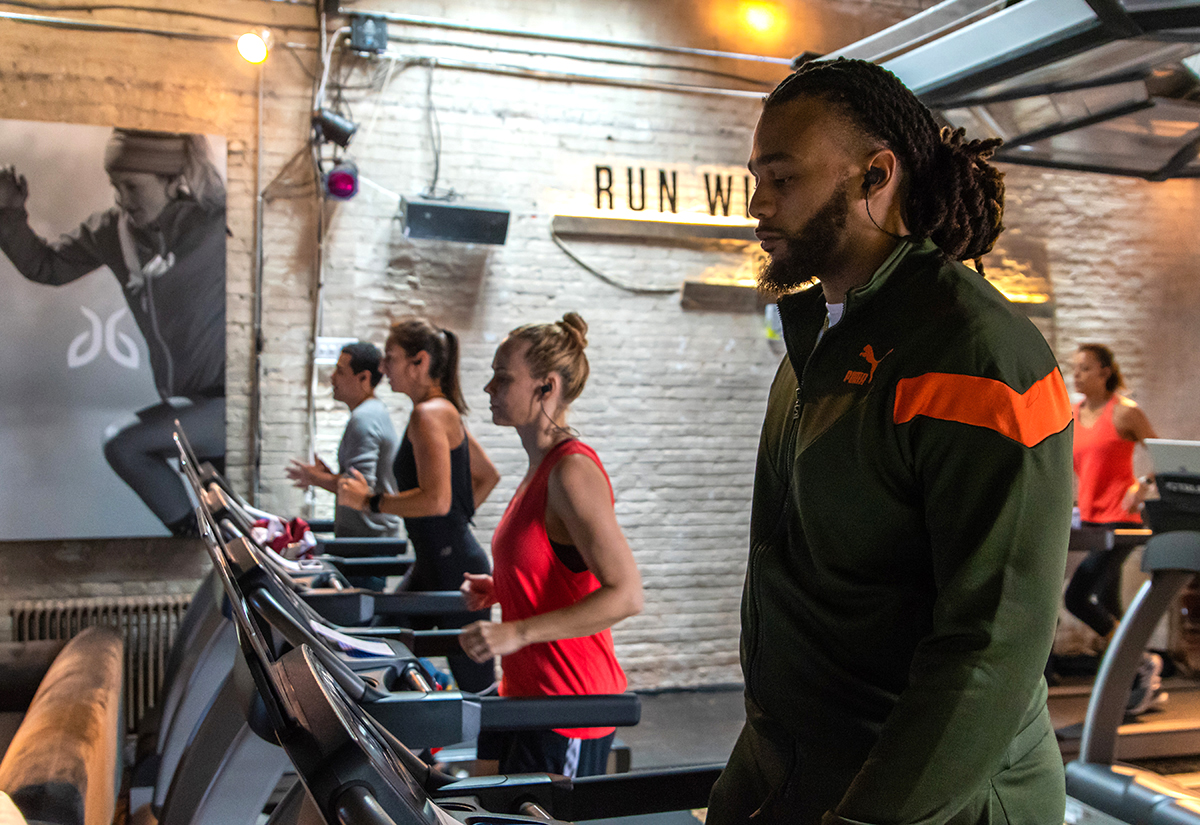 A meditation app and virtual treadmill technology were built into the experience.

To promote the launch of its first Pro Series product, Tarah Pro, headphones brand Jaybird built a pop-up experience in the Williamsburg section of Brooklyn, NY, to showcase the product’s capabilities to a group of influencers, media and athletes during the weekend of the New York Marathon.

The timing was strategic. A day after the series of events wrapped, Nov. 2-3, more than 52,000 people from across the globe would trek 26.2 miles together across New York City’s five boroughs. The new Tarah Pro product, available as of Nov. 1 with limited distribution, offers 14 hours of battery life, a weatherproof construction, and customizable sound—making it an attractive purchase for marathoners, casual runners and other athletes.

But the goal of the pop-up was to increase brand awareness rather than sales at this point. “We’re using this moment to share that this product is going to be out there,” says Jamie Parker, ceo of Jaybird. “There will be a few runners who either participated in this event or have bought them online, but it’s more about showing this product with this as the backdrop so that people can buy it for future races.”

An important theme of the event was highlighting the fact that elite athletes must prepare mentally as well as physically—it’s often overlooked that marathon training requires incredible physical and mental discipline. To illustrate this idea, Jaybird partnered with meditation app Headspace and virtual treadmill experience company Zwift to bring the full Tarah Pro experience to life.

“Getting ready, whether it’s just for everyday fitness or whether it’s for a race like the New York Marathon, is a combination of being prepared physically, which I think is intuitive to everyone, but also mentally,” Parker says. “So, the combination of an experience of mindfulness with Headspace and then getting a more physical experience with Zwift shows both ends of the spectrum.”

Here’s how the event played out: Outside the space, an athlete ran on a treadmill underneath a digital clock that timed his run, a stunt to prove that the headphones’ battery life of 14 hours was the real deal. Once checked in, attendees were ushered through several experiences as a small group. First, each group member was fitted with a pair of Tarah Pro headphones, which come with three different gel sizes. Then, attendees were given a product overview of the brand’s line from a Jaybird headphone designer.

The first activity was a 10-minute guided meditation with the use of the Headspace app installed on an iPhone that was provided to attendees, each of whom relaxed in hammocks while a soothing voice provided an intro to meditation. Eventgoers next climbed the stairs to a room outfitted with Zwift treadmills offering a virtual world workout experience. Zwift typically offers five different “worlds” with avatars, but in this case, it was set to a backdrop of Central Park, a section of the actual New York Marathon course. While running (or walking, if preferred), attendees could choose to either continue listening to the Headspace app (Jaybird had a talk with the Nike head running coach queued up on the iPhones) or a curated music playlist. 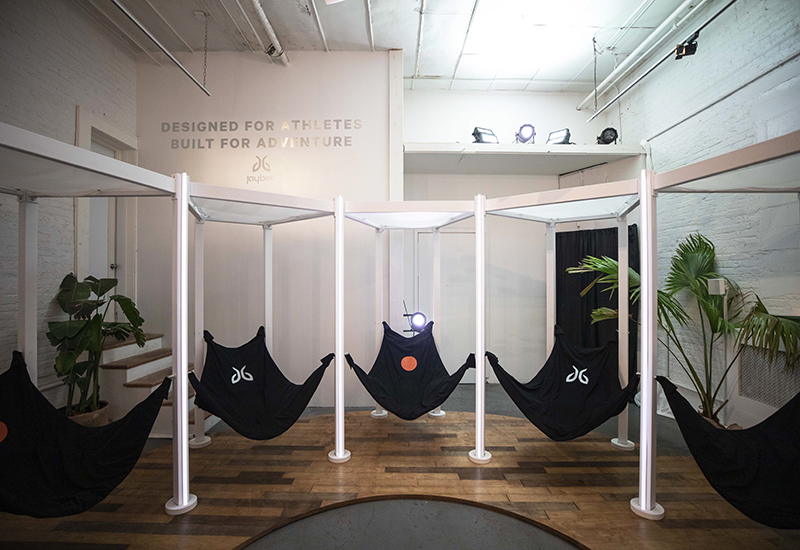 Attendees experienced a guided meditation while relaxing in hammock.

For the final portion of the event, the group huddled on couches to watch Jaybird’s newest film from its “Run Wild” series, a behind-the-scenes look at one of New York’s elite underground running groups, the Black Roses. Post event, each attendee received a set of Tarah Pro headphones, a hammock, a Jaybird performance running hat and a one-month free coupon for Headspace.

In addition to the experience above, Jaybird hosted a film screening in the pop-up space for 75 people celebrating “Run Wild,” an immersive mindfulness activation with Headspace for a group of 20 and a group run led by Black Roses founder Knox Robinson and Charlie Dark, founder of the London-based running group Run Dem Crew. Agency: N/A Collective, New York City.

Inside the Jaybird pop-up experience: