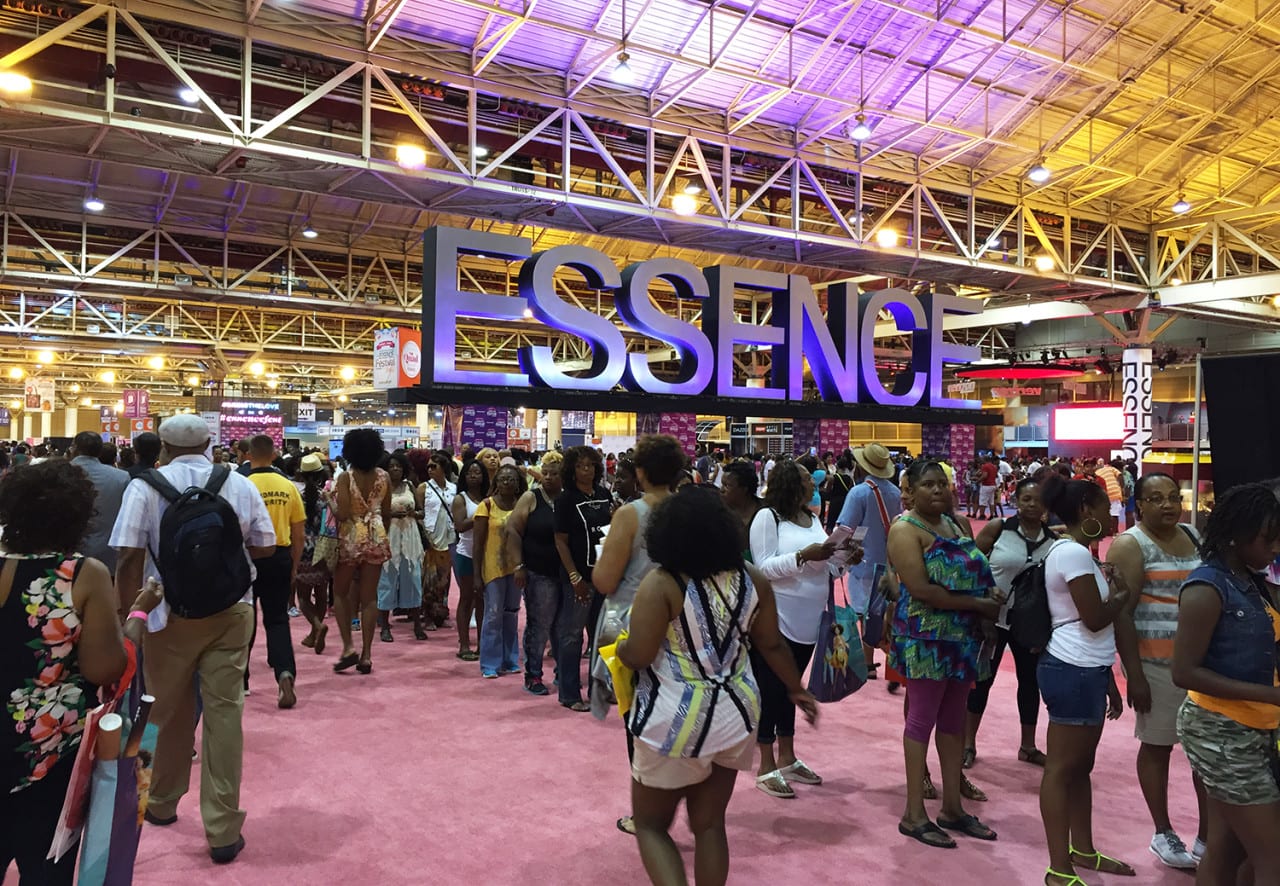 Essence Festival has been called many things—the Super Bowl for African-American Women, a mecca of African-American culture, a party with a purpose. After spending two days in New Orleans at this celebration of what it means to be black in America today, I call it nothing short of amazing.

The Essence magazine extravaganza, which took place July 2-5, drew nearly 500,000 men and women to the Big Easy for fun and frolic, music and dancing, education and inspiration, all focused around a theme of “Peace, Purpose and Prayer.” The entertainment line-up included Kevin Hart, Usher, Mary J. Blige, Missy Elliott, Common and Kendrick Lamar.

More than 120 speakers took to the stage, including Deepak Chopra, Steve Harvey and Rev. Al Sharpton who participated in keynotes and panels as part of the Essence Empowerment Experience. Experts in personal finance, health, style and beauty hosted Essence Empower U workshops. Among the topics: #BlackLivesMatter, Mothers & Daughters: Lessons on Love & Living, Criminal Justice, Domestic Violence, the 50th Anniversary of the Voting Rights Act, Black Women’s Health Agenda and more. A Career Connection Recruitment Fair offered workplace skills and insights. There were concerts at night and parties by day, celebrity djs, gospel tributes and a prayer vigil.

The festival kicked off with a Day of Service sponsored by Essence, NOLA for Life and Walmart that had 1,000 volunteers in powder-blue shirts bearing Walmart’s #happytohelp hashtag painting the walls and refurbishing the grounds of three New Orleans schools. SCI Academy, which I visited in New Orleans East, is a friendly, pleasant campus that has been operating out of temporary buildings since Hurricane Katrina hit the city 10 years ago. Colorful banners from Tulane, LSU, Harvard and other universities flapped in the warm breeze as I walked the campus with school personnel. The volunteer effort meant a lot to assistant principal Justin Pickel who is striving to make the first day of school for this year’s incoming class of ninth graders as perfect and special as possible. Freshly painted halls inside the trailers will help achieve that.

I rode back into town with Jason Coleman, who owns a cab company started by his father in the late 1940s and volunteered at the school as part of a Southern University Leadership group. We discussed a range of topics, including the need for education and the importance of hard work as a pathway to success. Then I headed to the Bullard Street Walmart where the Day of Service culminated in a health and wellness fair held on the parking lot with health screenings, employment resources, legal aid and giveaways. Feel-good music and goodwill floated through the air. The crowd rocked to a performance by Cupid of “The Cupid Shuffle.” (I love that song!)

“There is no greater show of love than giving of one’s time and energy,” Vanessa K. De Luca, editor-in-chief at Essence, told the volunteers from the stage. “The Essence Festival has always been community-centric by its very design, and we’re tremendously grateful that you all joined us in giving back to this community.”

Later, comedian Kevin Hart kicked off the festival with his What Now Tour at the Superdome, where performers rocked the house each night. During the day, most of the action centered on the Ernest N. Morial Convention Center. Essence Day Parties held at the Sugar Mill, across the street, got the party going for those who couldn’t wait for nightfall. Live digital programming, a real-time newsroom and social media reporting extended the goings-on to fans around the world via essence.com, essencefestival.com and YouTube.

It all added up to a big-time extravaganza in the Big Easy. Here’s a rundown of the sponsor activations.