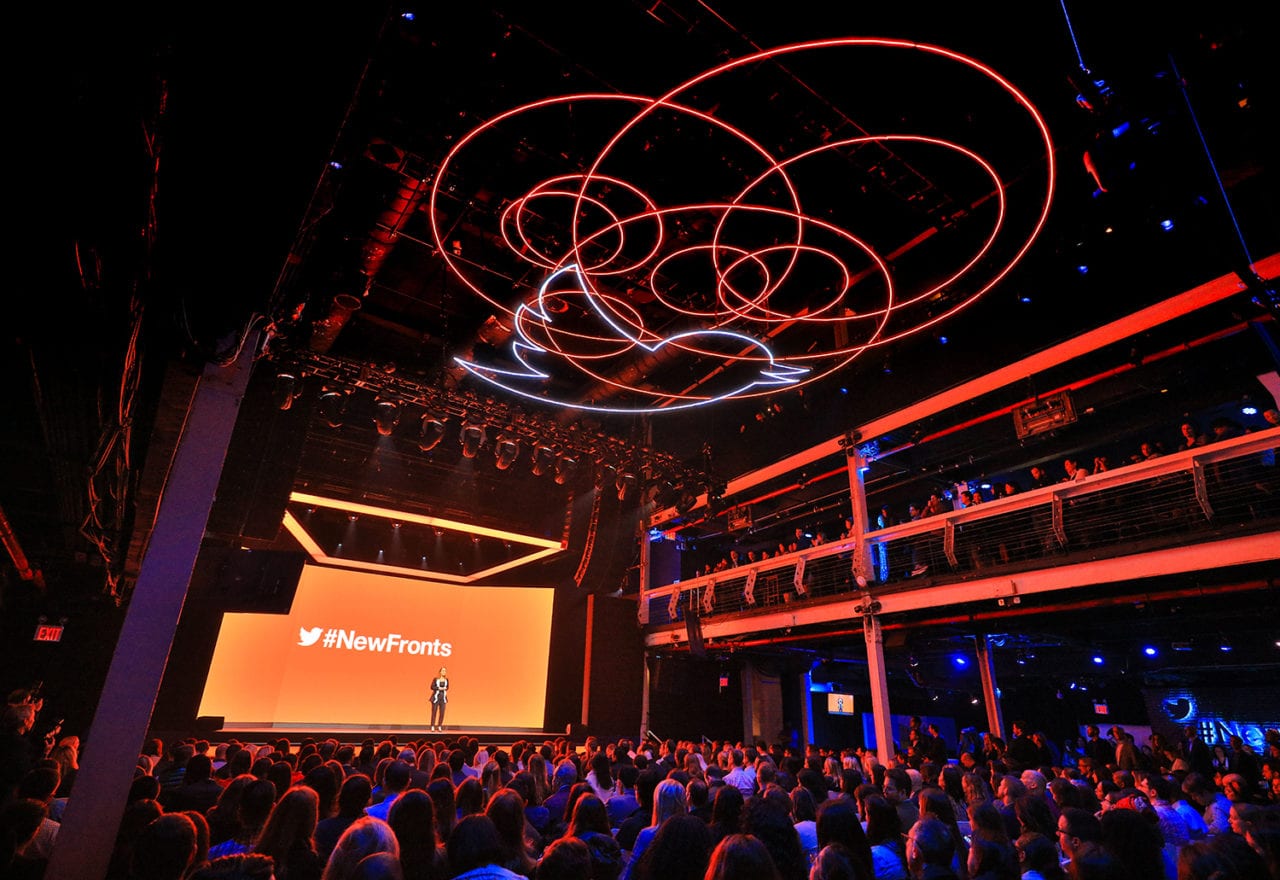 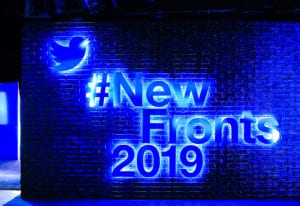 The brand went heavy on neon lighting at this year’s NewFront.

It’s no secret that Twitter attracts influential audiences, but to show advertisers how its platform provides opportunities to connect with those groups when they’re most receptive, the brand participated for a third consecutive year in the Digital Content NewFronts in New York City. In addition to debuting its slate of live and on-demand video offerings at the April 29 event, Twitter announced new collaborations across news, sports, gaming and entertainment, immersed attendees in purposeful experience design and tossed in a few of the surprise and delight moments its partners and users have come to expect.

The NewFront took place at Manhattan’s Terminal 5 venue, which was transformed to elicit a sleek, contemporary vibe featuring neon lighting, an entryway lined with mirrors and reflective surfaces, hashtag installations, largescale photos depicting Twitter conversations and a larger-than-life constellation chandelier bearing the brand’s iconic bird logo, concentric circles and pulsating colors. Each design element mapped back to Twitter’s efforts to help advertisers better understand the value and magnitude of its audiences, and its platform.

More From the NewFronts Archives:

“We’ve been having a lot of fun with the concentric circles of our logo and what that means environmentally,” says Helen Stoddard, head of global events at Twitter. “We’ve been excited over the last few months to lean into that because those circles also represent all of the conversations that are happening on Twitter and each one of them is required to overlap and engage with each other to form, literally, our logo.”

But it wasn’t all business all the time. To keep attendees engaged and energized, Twitter provided surprise and delight moments. Like halfway through the event, when suddenly the music started bumping, strobe lights filled the room and the New York Knicks Seventh Avenue Squad appeared to amp up the crowd with break-dancing and giveaways (the crew serves as Twitter’s official “hype squad”). Or at the end of the event, as Twitter announced a new deal with MTV for the Video Music Awards, when singer-songwriter Madison Beer and former MTV star Sway Calloway teamed up to deliver their own “Oprah moment.” The duo had hidden five pairs of tickets to the VMAs under attendees’ seats, adding another layer of energy to the overall experience.

“We relish the opportunities we have to speak to our clients and our business audiences,” says Stoddard. “And we’ll always continue to look for the right opportunity to do that, whether it’s at major events and programs like CES or Cannes Lions, or participating in NewFronts weeks and doing our own moments throughout the year that that are the right time to chat and share what’s happening on Twitter.” Agency: N/A Collective, New York City. 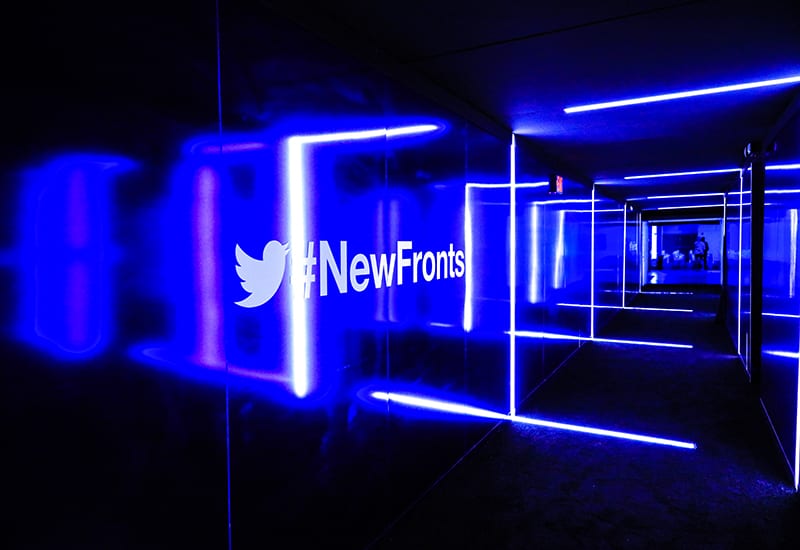 An entryway lined with mirrors and reflective surfaces helped to highlight the magnitude of Twitter’s audience.