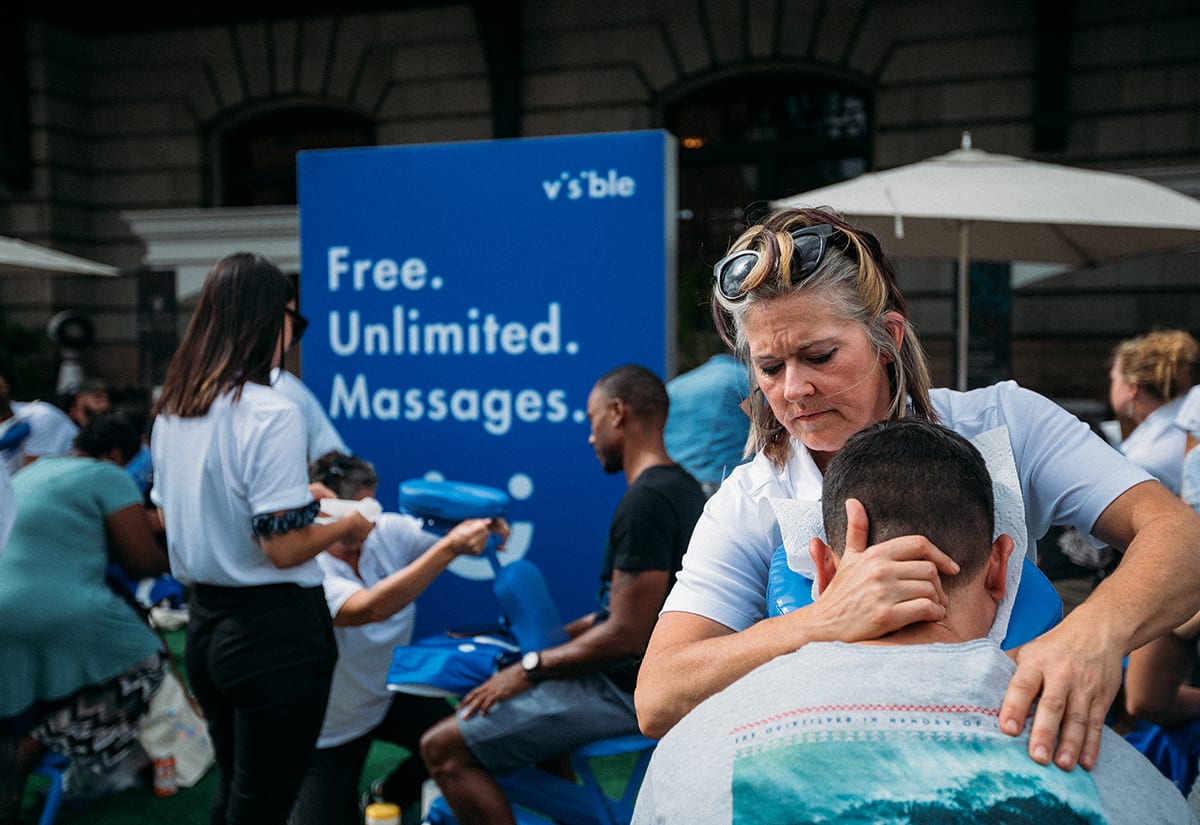 There’s nothing like a typo on a billboard to grab attention.

To introduce itself to consumers as an alternative option within the crowded cell phone service marketplace, Visible, a low-cost service that utilizes Verizon’s network, ran several billboards throughout its headquarters city of Denver. The message read loud and clear: “Unlimited massages, minutes and data on Visible’s $40/mo phone service.” Yup, you read that right. The brand offered unlimited massages instead of messages as a viral marketing tool to catch consumers’ attention.

Sure enough, the typo began to be called out on social media for the apparent slip up. Some suggested that Visible up its proofreading game. Others advised hiring a new copywriter. More than a few marketers let on that they got the joke. Of course, it was all part of the plan to get noticed.

But beyond the buzz, the marketing ploy was an opportunity to come through on one of the brand’s key pillars: transparency. A few weeks after the billboards surfaced, and after dropping little hints of its plans on social media, Visible confessed to the intentional typo on Twitter and announced an event that would include—oh, yes—unlimited massages on Sept. 21 in Denver’s Union Station.

In doing so, Visible was making good on its promise. From 2-7 p.m., attendees were treated to free chair massages, an optional CBD oil massage and giveaways, including towels, eye masks, essential oil bracelets and Kombucha. Consumers could jump in line for another massage if they so desired. And another. And another.

When one of our billboards promised unlimited massages instead of unlimited messages, we know ya’ll were concerned that we can’t proofread good. Surprise – we can!

Visible sees the billboard stunt and experience on the ground as a way to connect with consumers in a fun and personal way, cut through the cluttered marketplace and introduce its cheeky brand voice.

“Our business model is all-digital, so a lot of our marketing channels and the funnel that we build our communications and our relationship with the customer exists on digital media and social,” says Visible cmo Minjae Ormes. “But at the same time, we wanted to mix in and experiment with more of the tactile, relational and the physical experience of showing up in people’s lives… What we’re doing here in Denver is sort of a mix of your traditional outdoor advertising but also putting a spin on those formats to showcase our brand voice and tone.”

The program also supports Visible’s proactive marketing strategy. The fact that interactions with a cell phone service company mainly occur when something breaks or consumers are unhappy with the service is something Ormes is looking to change. 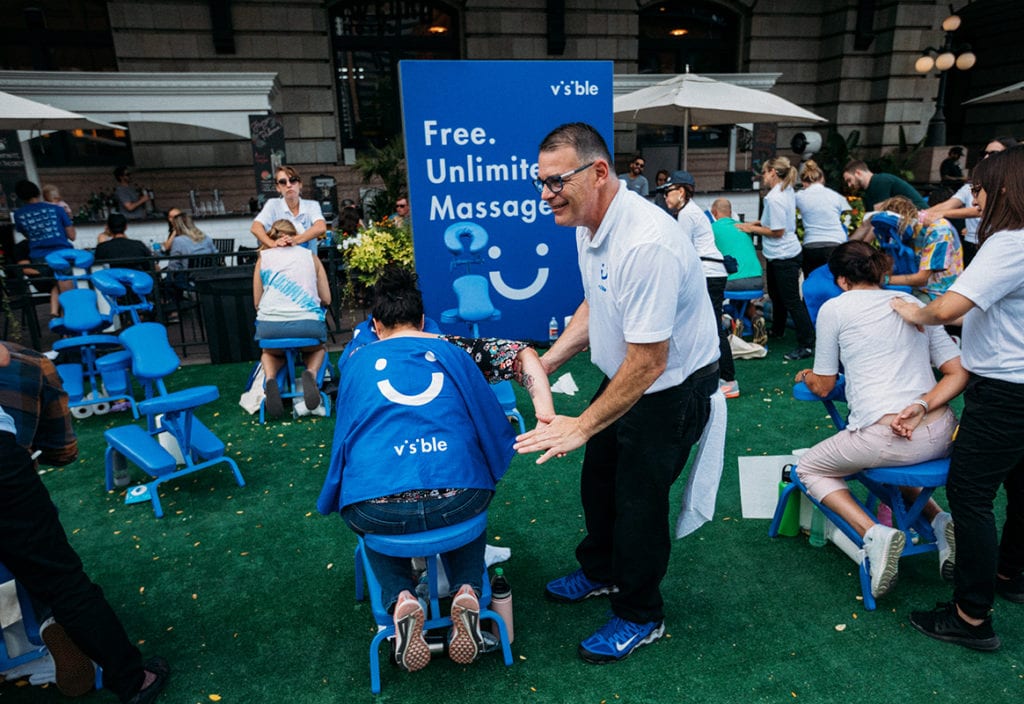 Visible sees the billboard stunt and experience on the ground as a way to connect with consumers in a fun and personal way, cut through the cluttered marketplace and introduce its cheeky brand voice.

“From a brand perspective, we’re trying to create a different kind of a relationship with the customers, where it’s not entirely just transactional, or bad, but trying to show up in a way and communicate to people and say, look, this is something that you rely on every single day,” she says. “So, we are here for you in [terms of] the quality of service offering. But we’re also trying to change the experience and the kind of relationship you have with your cell phone service.”

In terms of KPIs, service sign-up and email capture top the list, but it’s also about staying top of mind for at least three months afterward, since many consumers aren’t ready to switch carriers right away due to contract obligations or other considerations.

“The considerations stage they could go through is as long as 10 to 12 weeks,” Ormes says. “So, we have to make sure that whatever we did on the ground is as powerful three months later, too. It’s KPIs like, how long after the event itself will someone either come back to our site because of the CRM message, or activate the service.” 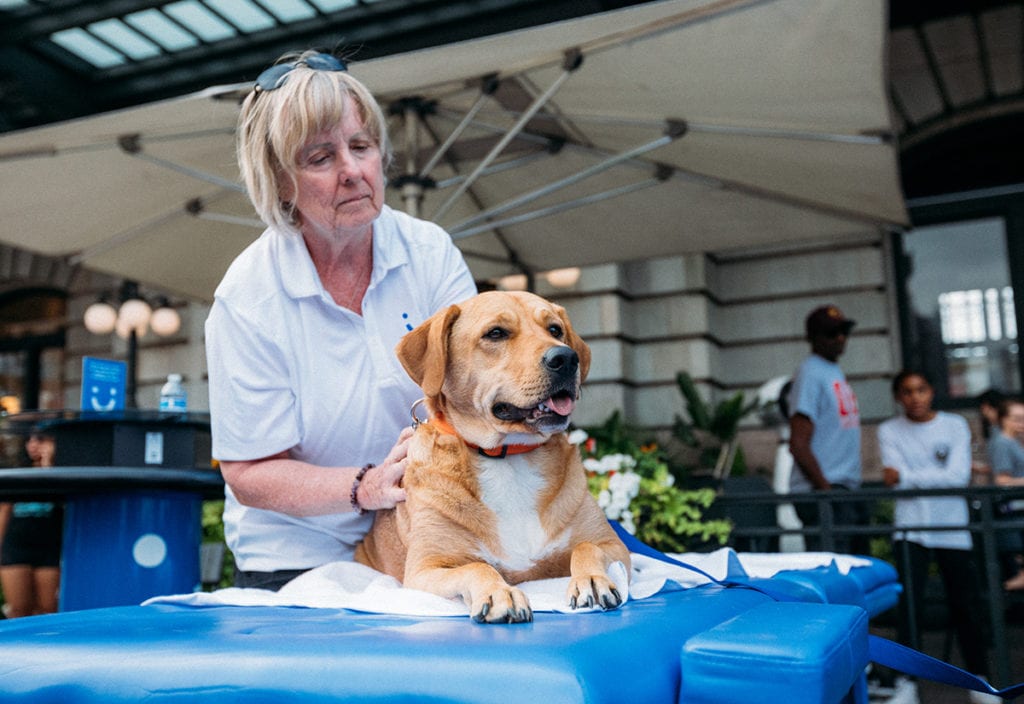