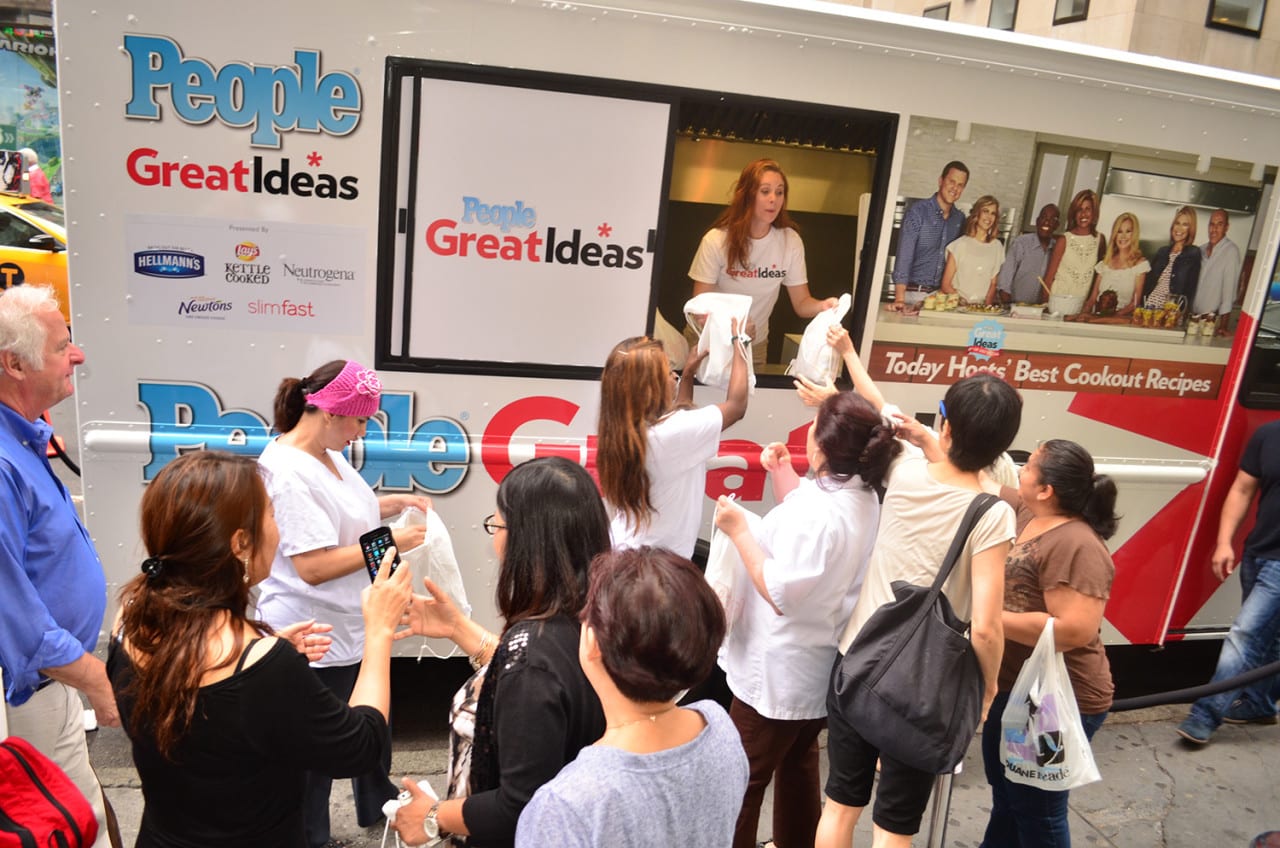 People magazine fired up hosts of NBC’s “Today” show with an Independence Day-inspired cook-off on June 25 on Rockefeller Plaza in New York City. The competition baked in all of the magazine’s assets, including in-book, on-air, digital, social and consumer activations to promote Great Ideas, one of its most successful features, and support its advertisers.

“The goal was to leverage the power, access, inspiration and influence of the People brand to build awareness for the Great Ideas franchise and drive product trial for our advertisers in a fun, interactive environment this summer,” says Jacqueline Cuddeback, associate publisher/marketing, at People.

The culinary competition, which featured the show’s anchors, aired live during a “Today” segment, and the entertainment show “Extra” also filmed the event for TV. The recipes ran in the July 7 issue of People. Here’s a look at the onsite activation: