23andMe Goes Experiential with a Pop-up on Genetics 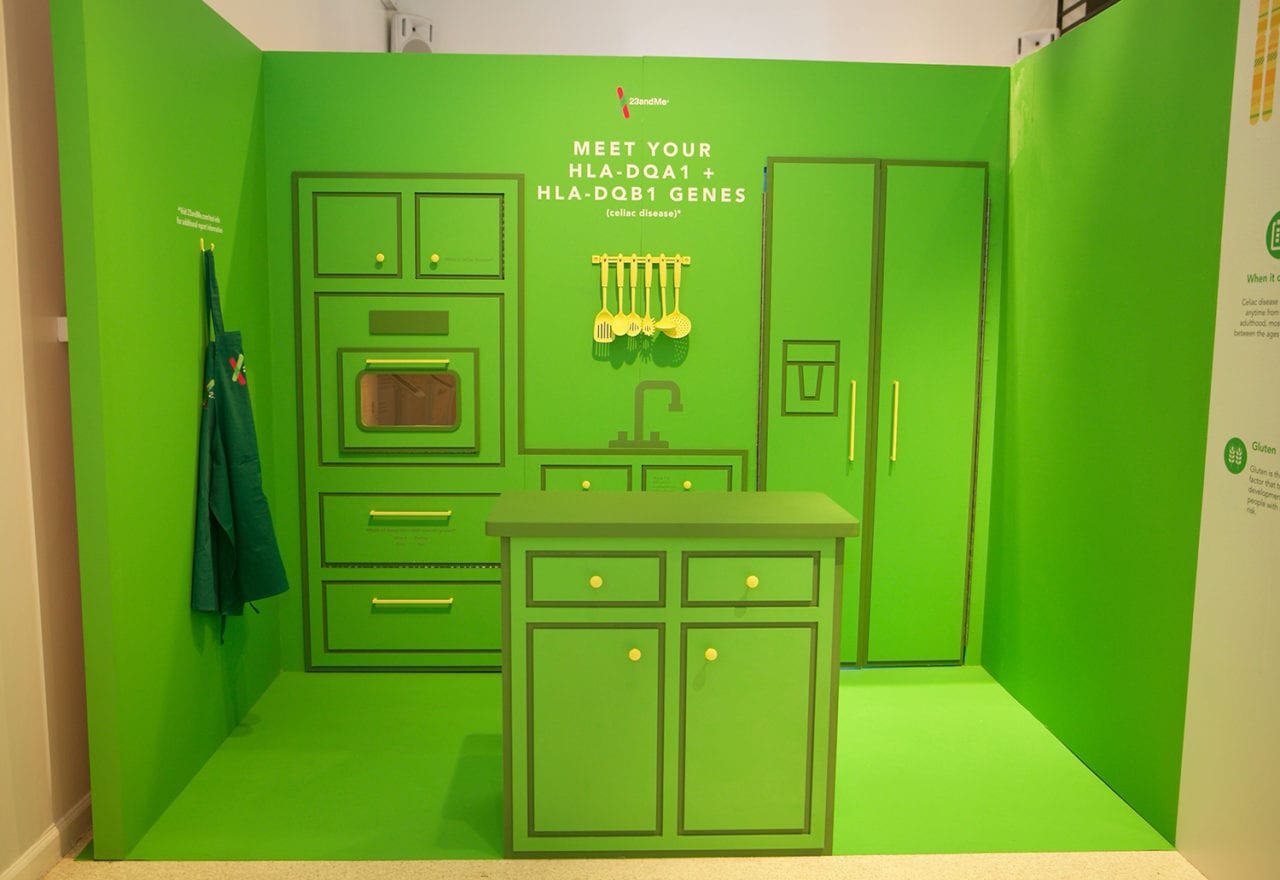 23andMe Goes Experiential with a Pop-up ‘House’ on Genetic Traits, Dispositions and Diseases

Investigating one’s ancestry through DNA testing has grown in popularity in recent years, as consumers are increasingly interested in genetic predisposition to certain traits, diseases and, at times, simply knowing which part of the world they really come from. Enter consumer genetics company 23andMe, which is interested in expanding the conversation around DNA testing to include monitoring one’s health. To showcase that it’s more than an ancestry product, the brand created an informational pop-up experience Oct. 12-13 in New York City that educated consumers on its 90-plus health reports. The goal was to encourage consumers to take control of their health through understanding their ancestry—and that means learning about their genes.

Inside the DNA “house,” brand ambassadors led consumers through a series of brightly-colored exhibits, each dedicated to a gene or genes tested by 23andMe’s kits. At the end of the experience, attendees took a quiz, and those who scored well got to spin a prize wheel for a chance to win either a fidget spinner, a 23andMe sticker, a t-shirt, a 23andMe branded mug or an actual DNA kit.