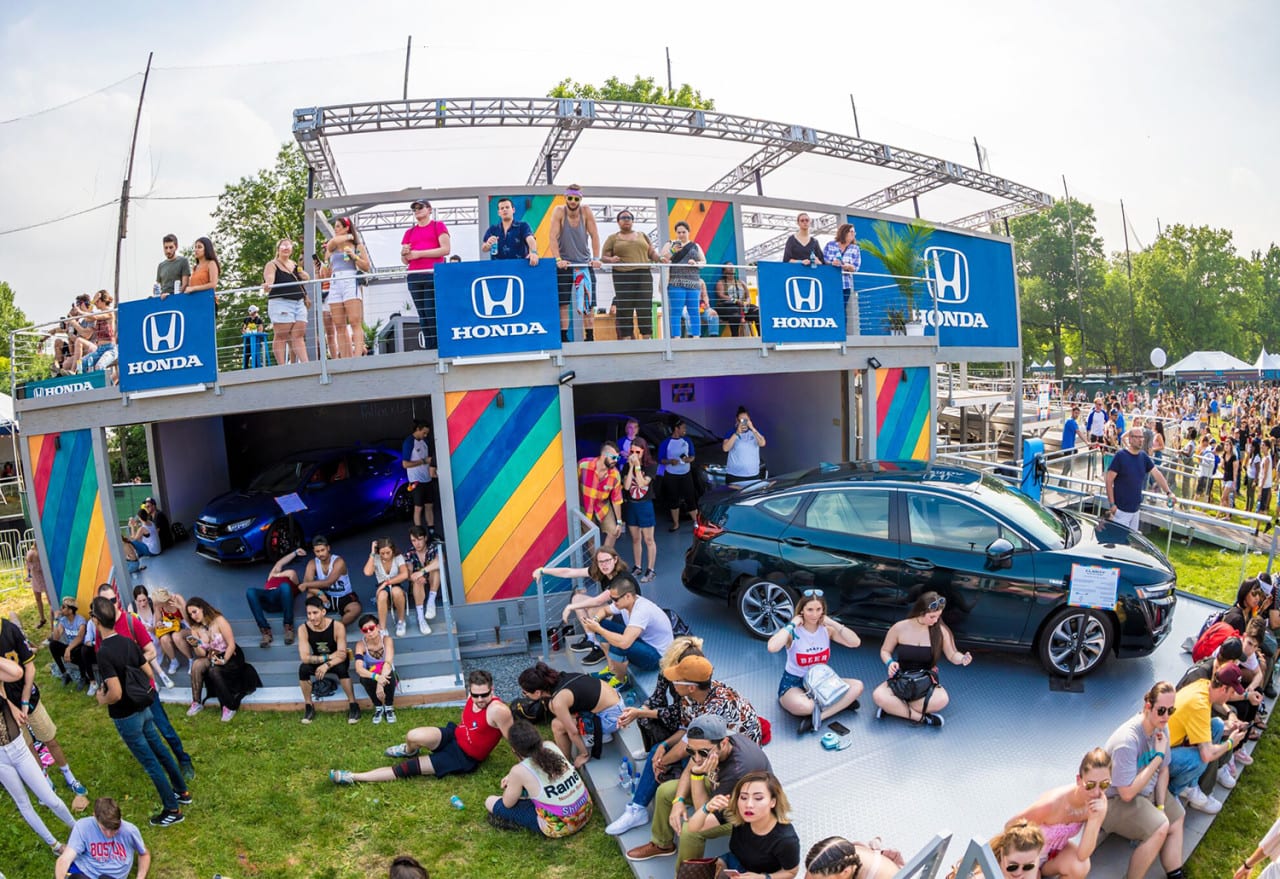 It’s official: summer festival season has begun. Brands looking to court younger consumers are coming out in droves, all vying to engage with an increasingly inundated demographic. One of the younger-skewing fests is Governors Ball, which claims that 42 percent of its 155,000-plus attendees in 2017 were younger than 25 years old. EM was there this year from June 1-3 to officially chaperone—er, witness it—and can confirm this phenomenon.

Among the numerous brands present was Honda, which in addition to sponsoring a stage—this year home to popular acts like Post Malone and 2 Chainz—offered fake tattoos, an elevated viewing deck, a dj and three Honda cars, all to engage a largely East Coast-based demographic. Here are five strategies behind the brand’s festival activation this year.

Honda has been affiliated with Governors Ball since 2012. But this time around Honda wanted to try something new: a two-story structure with a dj and elevated viewing deck, Governors Ball fake tattoos at the entrance, and three Honda models—sport, hatchback and hybrid—that attendees could interact with (and charge their phones in) with the help of knowledgeable staffers. Previously, Honda worked with Waterloo Records on a partnership where festival artists would sign albums after visiting the Honda activation.

“We’ve done that for a few years now, so we wanted to try something different that was a little more interactive and gave consumers this opportunity to engage with what was going on inside of the activation,” says Susie Rossick, assistant vp-marketing at Honda. “You have to try new things in order to find out what works and what doesn’t work.”

New York is one of the largest markets for Honda, so the fact that 48 percent of attendees are from the Big Apple (according to 2017 demographic info) makes it a good fit for the brand. “It gives us a great opportunity to have this presence inside of New York and go right to the spot—something Honda is big on,” Rossick says. The point is to attract millennials and Gen Zers within an environment that’s stress-free, facilitates interactions with the cars and includes some fun activities to boot. “Governors Ball answers all of those requirements—as does Austin City Limits, another big market for us.” 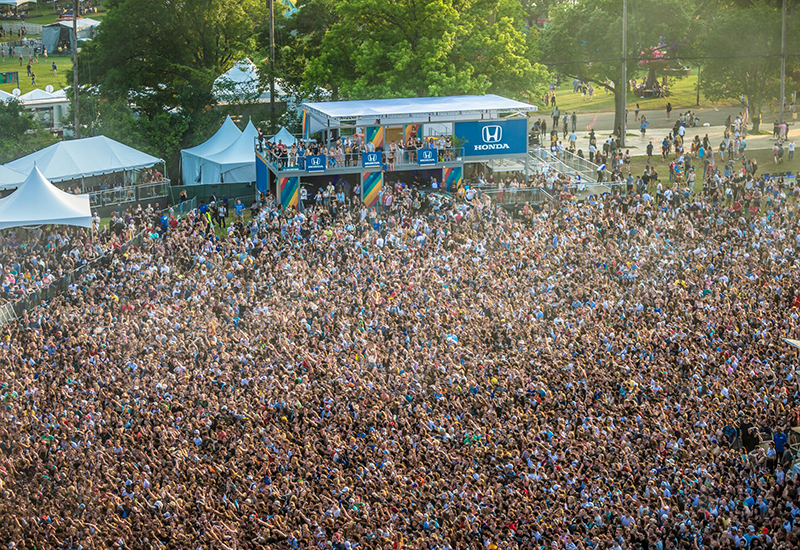 Honda shifted gears for its Governors Ball sponsorship this year, erecting a two-story structure with a dj and elevated viewing deck.

An important goal of the activation was to demystify and educate attendees about electric-powered vehicles, like the Honda Clarity Plug-in Hybrid. The brand has found that there is fear associated with range anxiety—the worry that the electric car battery will run out of power before a charging station is reached.

“On the East Coast and Midwest, when it comes to this kind of technology, consumers are afraid of it,” Rossick says. “What we want to do with our communications, and being out there at a festival like Governors Ball, is talk to consumers about how they don’t have to worry about that. It runs on electric and then it has gas when you need it.”

Whereas on the West Coast electric cars are more accepted and hybrids are more integrated in the culture, the East Coast crowd requires more education.

“Experiential marketing is important when it’s done right. We don’t activate or take on a lot of properties if we can’t do them correctly,” Rossick says. Honda is a longtime partner of Little League World Series, for example, which includes a media buy coupled with an on-site “Camp Honda” activation for the kids as well as the use of Honda vehicles as shuttles for consumers. It also works with the NHL as the league’s official vehicle and the PGA Tour’s Honda Classic. “But each one is targeted to a certain group, and we take advantage of each opportunity with that group.”

What brand doesn’t want to attract millennials? And Governors Ball is full of them. According to 2017 numbers, 70 percent of the fest’s attendees were millennials. But it’s not necessarily about making purchases quite yet, according to Rossick. It’s more about showing up and engaging with them. “We’re noticing that they’re waiting to make their purchases until a little bit later in life when they’re settled. We just want to make sure we’re front and center with them, and a music festival is a perfect opportunity to do that.” Agency: Marketing Factory, Inc., Brooklyn, New York.