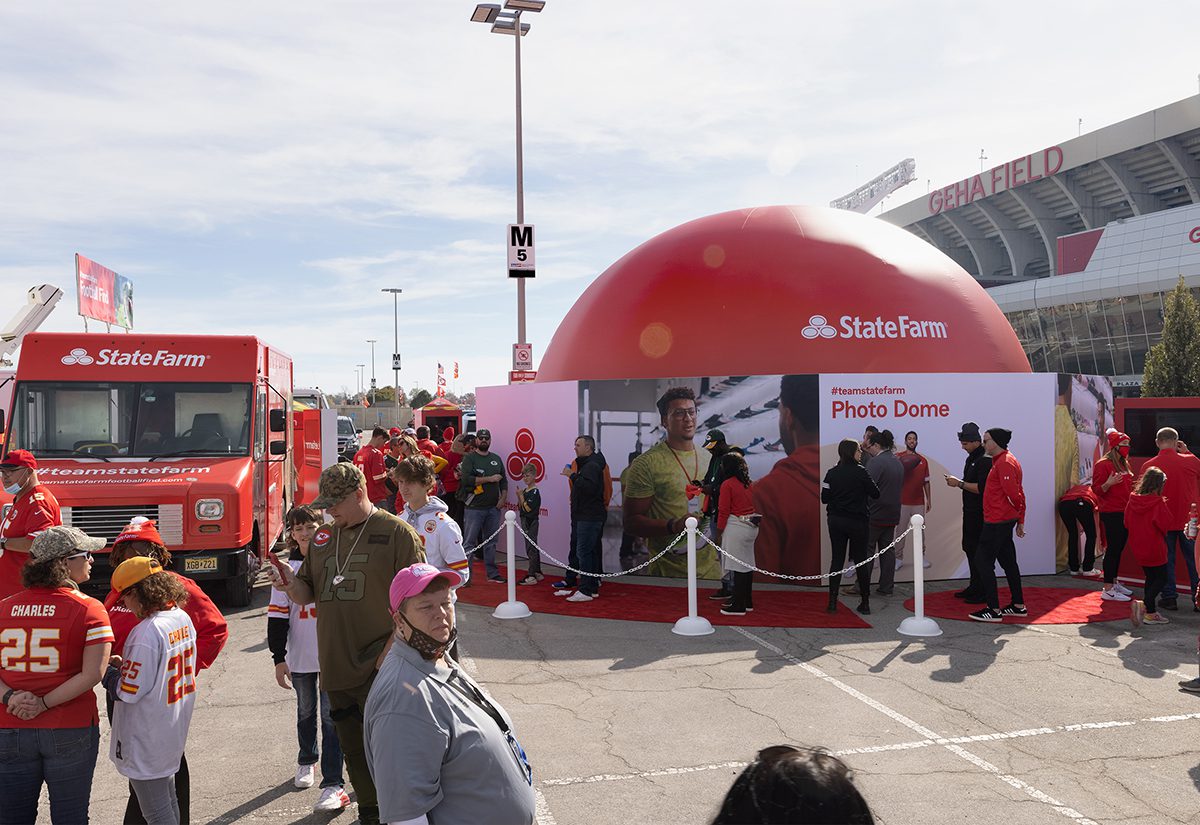 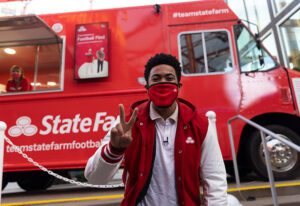 Sports fans are a digitally savvy audience that rely on their devices to supplement the game-viewing experience. To meet their expectations, State Farm launched a digital + live sponsorship program to kick off the NFL season with an augmented reality-fueled scavenger hunt for fans that yielded prizes like NFTs. Built around the big NFL matchup game in Kansas City, MO, the inaugural “Team State Farm Football Find” event took place Nov. 4-7 online as well as at physical locations in the Kansas City area.

Using their smartphones, consumers scanned a football-shaped QR code found on the #TeamStateFarm Football Find microsite, the State Farm Newsroom site, on State Farm’s social media channels, and on physical signage in the city. Once directed to the microsite, users were greeted by a landing page featuring football stars Aaron Rodgers and Patrick Mahomes as well as an overview of the experience.

After completing a registration form, users then took a short tutorial on how to use their device’s camera to find some of the 1.3 million digitally-generated AR footballs around them and how to capture them for points. Players then received a digital wallet where they could begin their first “Rookie” level of play, which required finding five digital footballs. Each level required a new number of footballs to be collected. (A tap of the football resulted in a burst of digital confetti.)

“Within the first few hours of the game going live, the fan response was incredible,” says Alyson Griffin, head of marketing at State Farm. “Fans expected us to do something around the matchup in Kansas City, and we wanted to take advantage of that excitement while trying something innovative and different. We thought about how we could get current and future consumers to act with us—posting, engaging and having fun.”

Upon completing each challenge, users received a ticket revealing different giveaways. They could continue competing in challenges to unlock higher levels for the chance to win numerous grand giveaways while footballs lasted. Rewards included non-fungible tokens (NFTs) by award-winning artists, gift cards, and swag (including beanies, shirts and towels) autographed by Rodgers and Mahomes. Game play ended after the completion of all three levels, but users could still earn the opportunity for another giveaway by sharing a generated link on their social media and getting their followers to join and play as well. If 10 friends joined, the user received another chance at winning the top-level giveaways.

Get a quick look at how the treasure hunt worked:

Targeting millennial and Gen Z football fans, the campaign also included in-person tailgate activations in Kansas City where local users could redeem their footballs for physical prizes at redemption trailers on-site. One experience included an appearance at KC Live, where “Jake” from State Farm made an on-stage appearance and hosted a meet-and-greet with fans. Another activation at Arrowhead Stadium featured a designated tailgate area with a photo dome experience, a guest appearance from “Jake” and the giveaway redemption trailer for Football Find. At the Team State Farm Photo Dome, a pop-up AR experience, fans could capture and post custom souvenir photos with their favorite Team State Farm personality via a greenscreen of backdrops inspired by State Farm commercials.

“We are thrilled with our first foray into this type of tech marketing and all of the awareness and engagement it brought,” says Griffin, who pointed out that it was the first time State Farm created and released NFTs as part of a larger strategy to leverage innovative tech trends to reach consumers. “Incorporating NFTs into the prizes was part of a strategy to show up ‘in the wild,’ the places where our audience already is. We will continue to see brands leverage NFTs in unique ways, and we look forward to continuing our work in the innovative marketing space.”

According to Griffin, tens of thousands of unique users collected hundreds of thousands of footballs within a short period of time. Consumers ultimately spent more than 14 minutes on the treasure hunt site and shared the experience more than 30,000 times. Team work makes the dream work. Agencies: IMT; Zeno. 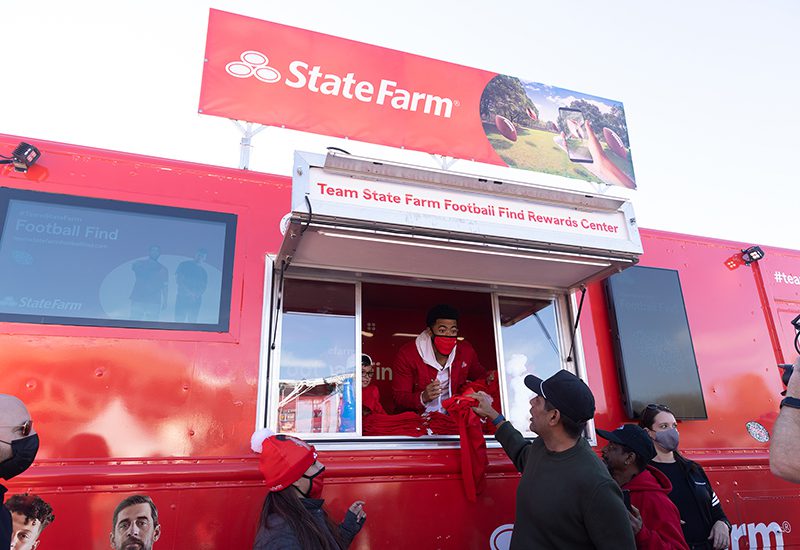